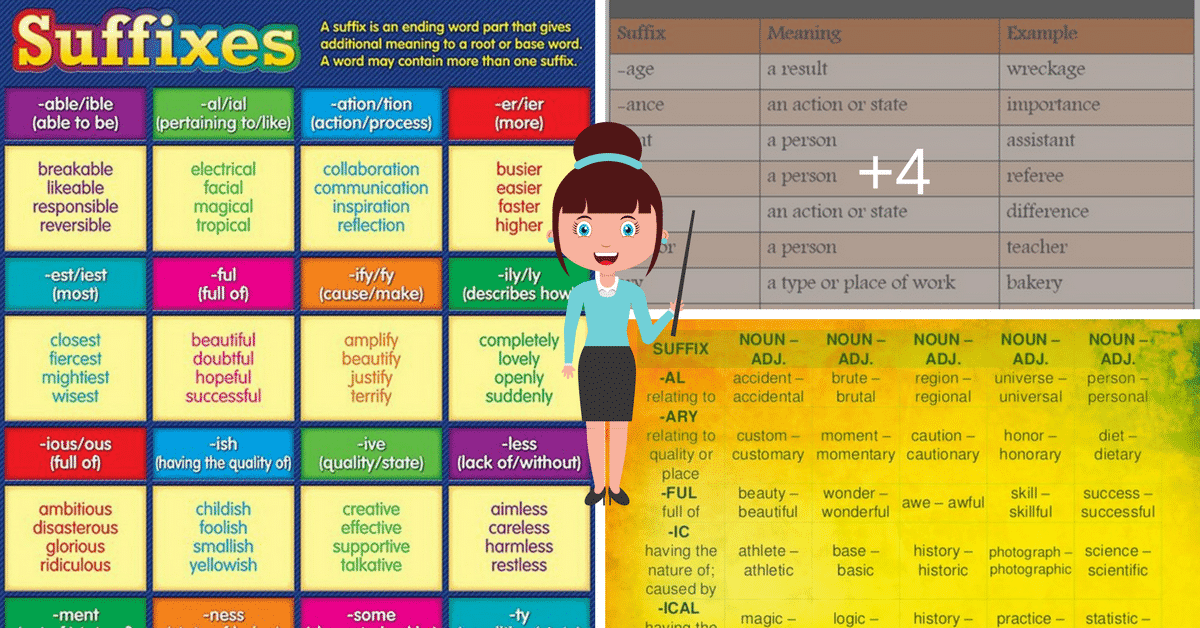 Learn 30+ common suffixes in English with meanings and examples.

A suffix is an ending word part that gives additional meaning to a root or base word. A word may contain more than one suffix.

A suffix is a letter or group of letters placed at the end of a word to change its grammatical function, tense, or meaning. Suffixes can be used to create a verb from a noun or adjective or an adjective from a verb, for example. They can change a word’s tense as well; “-ed” can make a present-tense verb into a past participle, for instance. They can even change a word’s meaning; the suffix “-ette,” for example, can make a word into its diminutive: “kitchen” into “kitchenette.”

A suffix is a linguistic unit that is added to the end of a word to change its meaning, form, or grammatical function. In English, suffixes are commonly used to indicate tense, plural nouns, comparative adjectives, and past participles, among others. For example, the suffix “-ed” can be added to verbs to indicate the past tense (e.g. “talk” becomes “talked”), while the suffix “-s” can be added to nouns to indicate the plural form (e.g. “dog” becomes “dogs”). The use of suffixes in English is a fundamental aspect of word formation and helps to create new words and to modify the meaning of existing words.

The purpose of suffixes in forming new words is to change or extend the meaning of an existing word or root word. Suffixes can indicate tense, plural nouns, comparative adjectives, and past participles, among others. By adding suffixes, words can take on new meanings, such as the transformation of a noun into an adjective (e.g. “child” becomes “childish”), or the creation of a verb from a noun (e.g. “teach” from “teacher”). Suffixes also play an important role in creating new words in English, such as medical terms, scientific terminology, and technical jargon. The use of suffixes is therefore a fundamental aspect of word formation and helps to create new words and to modify the meaning of existing words.

Here is a list of common suffixes in English with a brief explanation of their meaning: 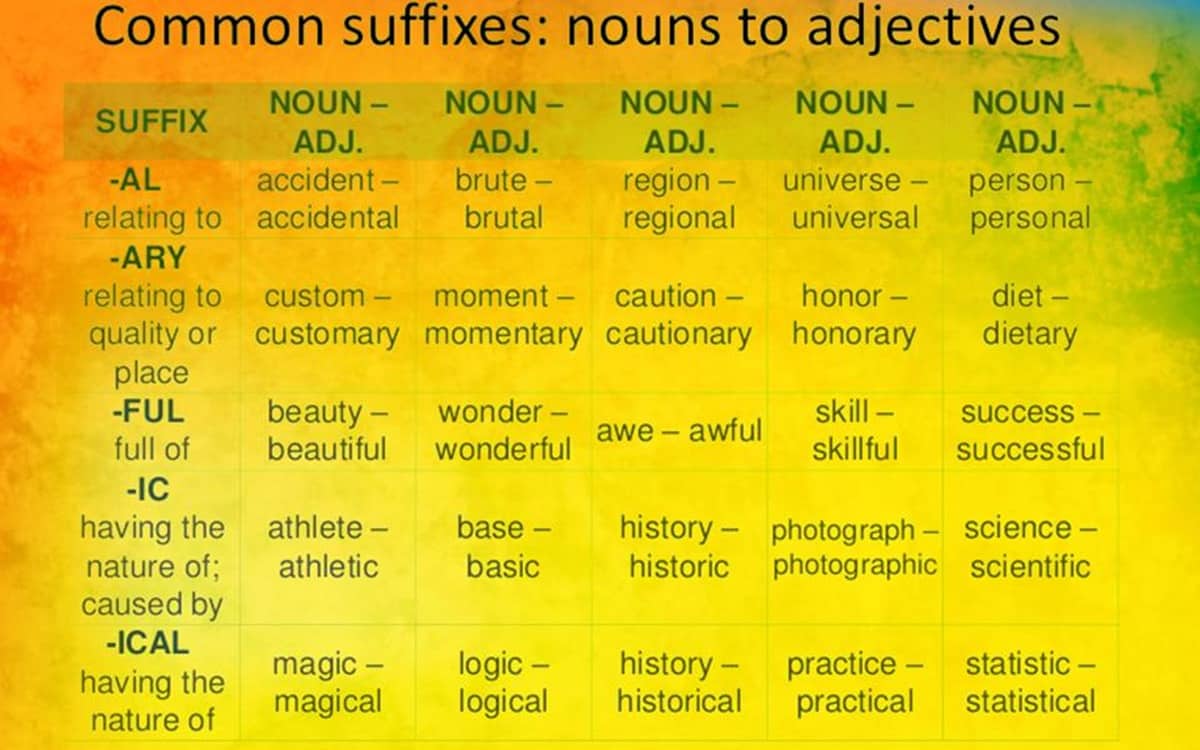 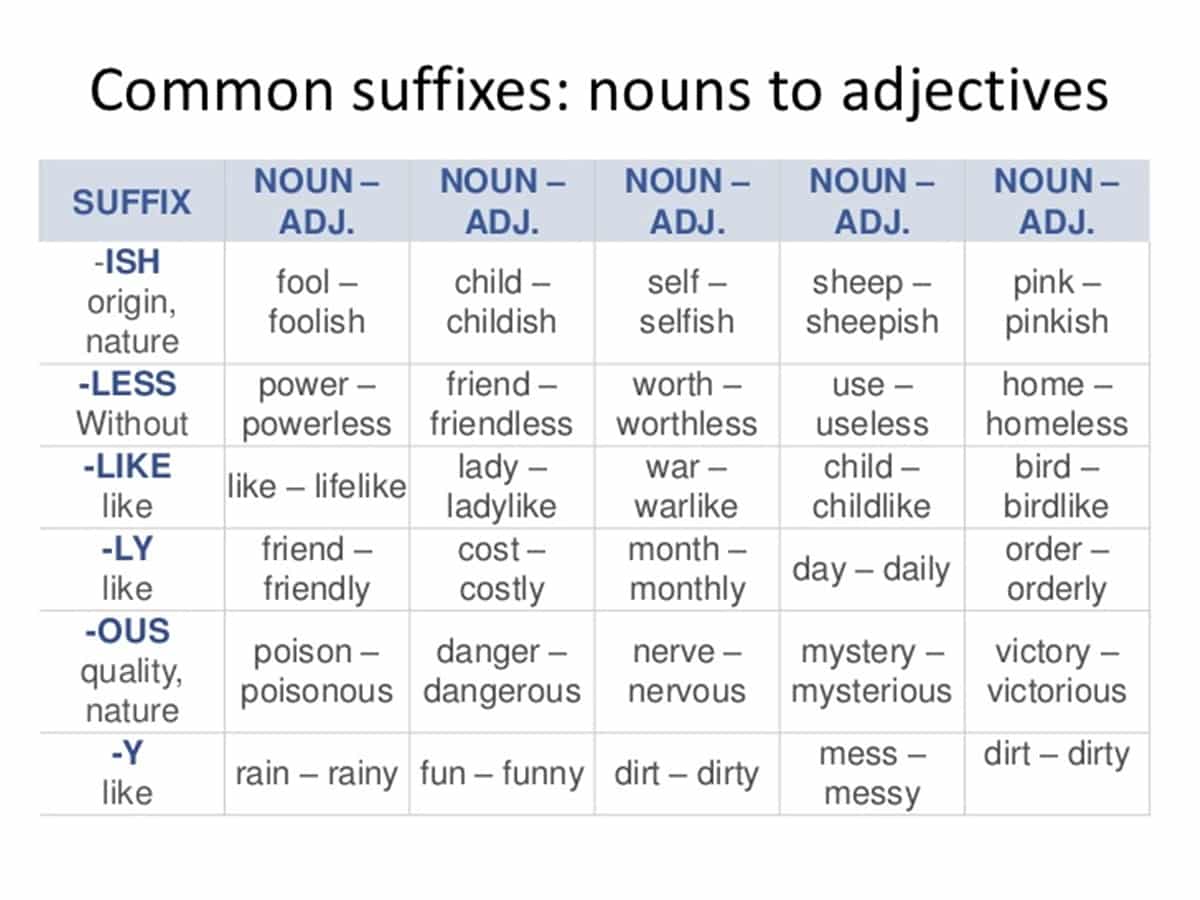 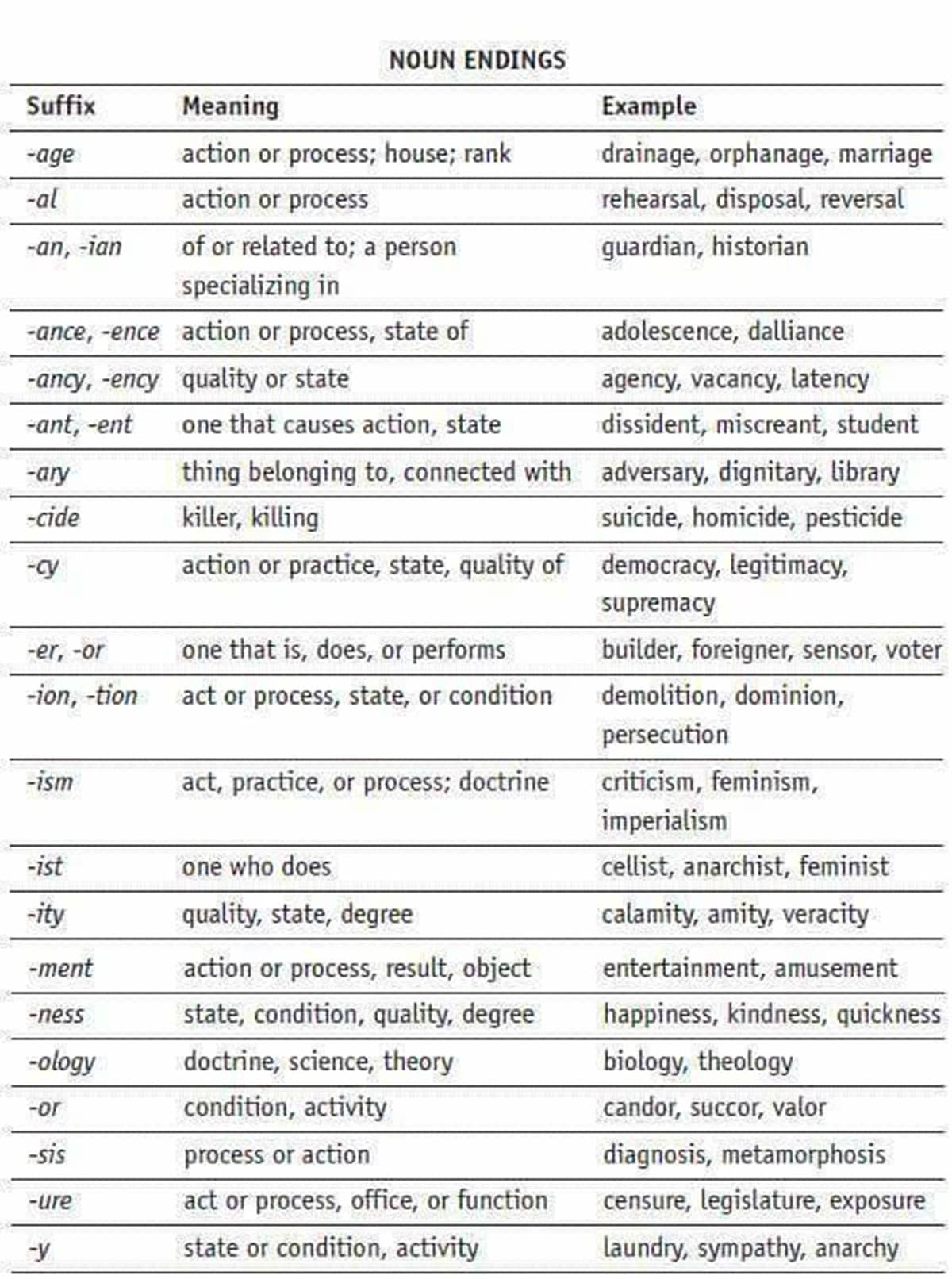 it is very helpful