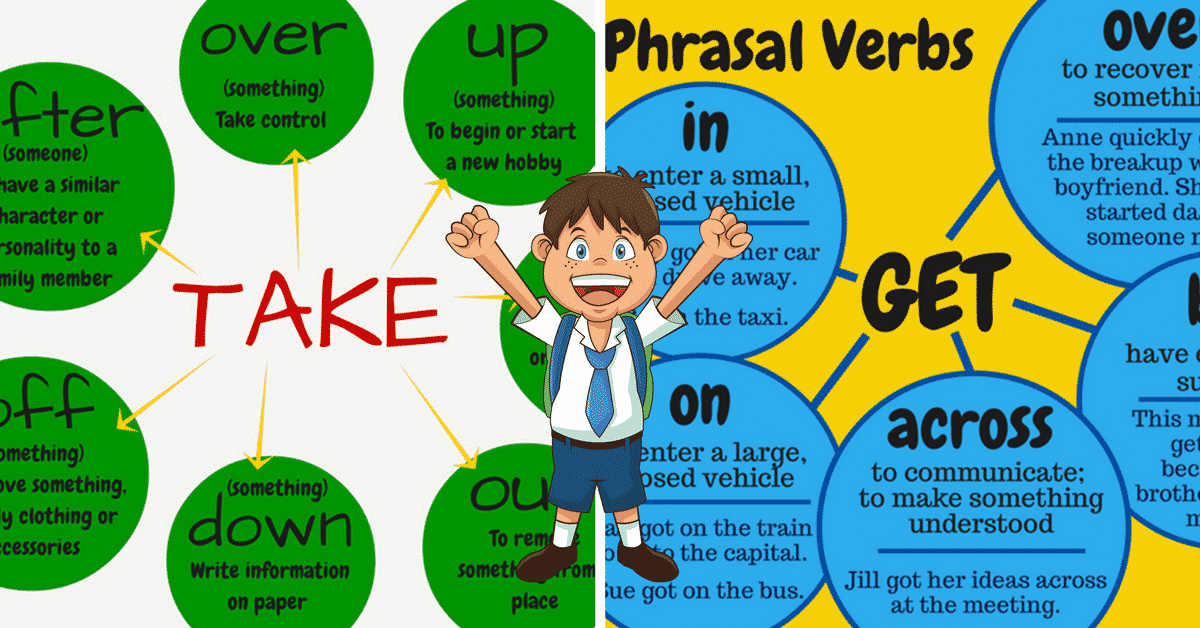 List of useful phrasal verbs with TAKE and GET with their meaning and examples in English.

A phrasal verb is a phrase that indicates an action.

A phrasal verb is a verb that is made up of a main verb together with an adverb or a preposition, or both. Typically, their meaning is not obvious from the meanings of the individual words themselves.

In this lesson, we will learn:

Have a similar appearance or personality
Eg: John is such a funny person. He takes after his grandfather, who was a comedian.

Separate something into parts
Eg: The technician is taking apart the TV so that he can fix it.

Remove something, usually clothing or accessories
Eg: I always take off my shoes as soon as I get home.

Return something to a store
Eg: The jeans I bought were too small, so I took them back and exchanged them for a larger size.
Admit that something you said was wrong
Eg: I’m sorry I said you were stupid. I take it back.

An airplane leaving the ground and going up into the air
Eg: What time does the plane take off?

Go with somebody to a restaurant or movie and pay for their food or ticket
Eg: I’m taking my girlfriend out to dinner on our anniversary.

Remove something from a place
Eg: I took the letter out of the envelope. 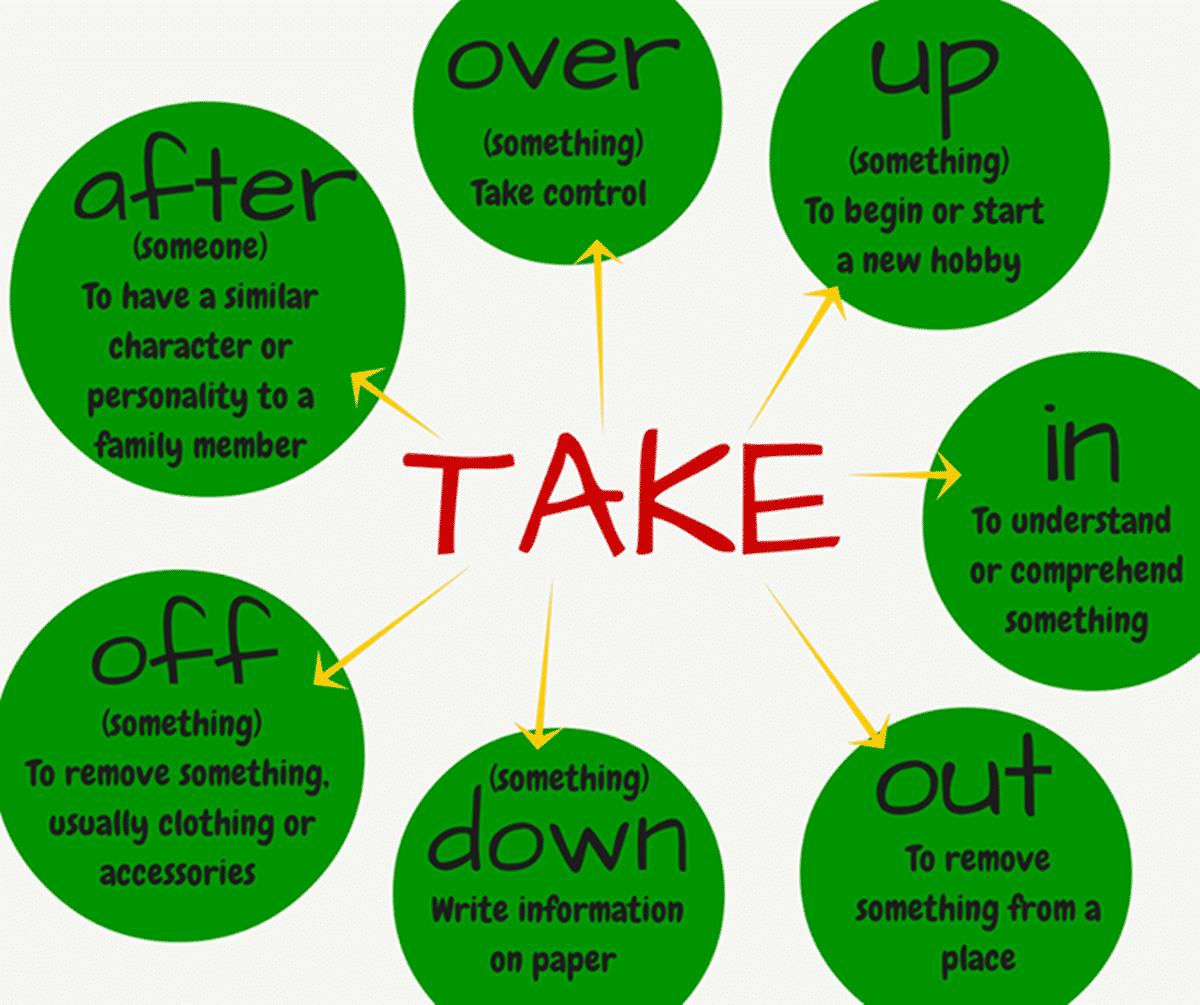 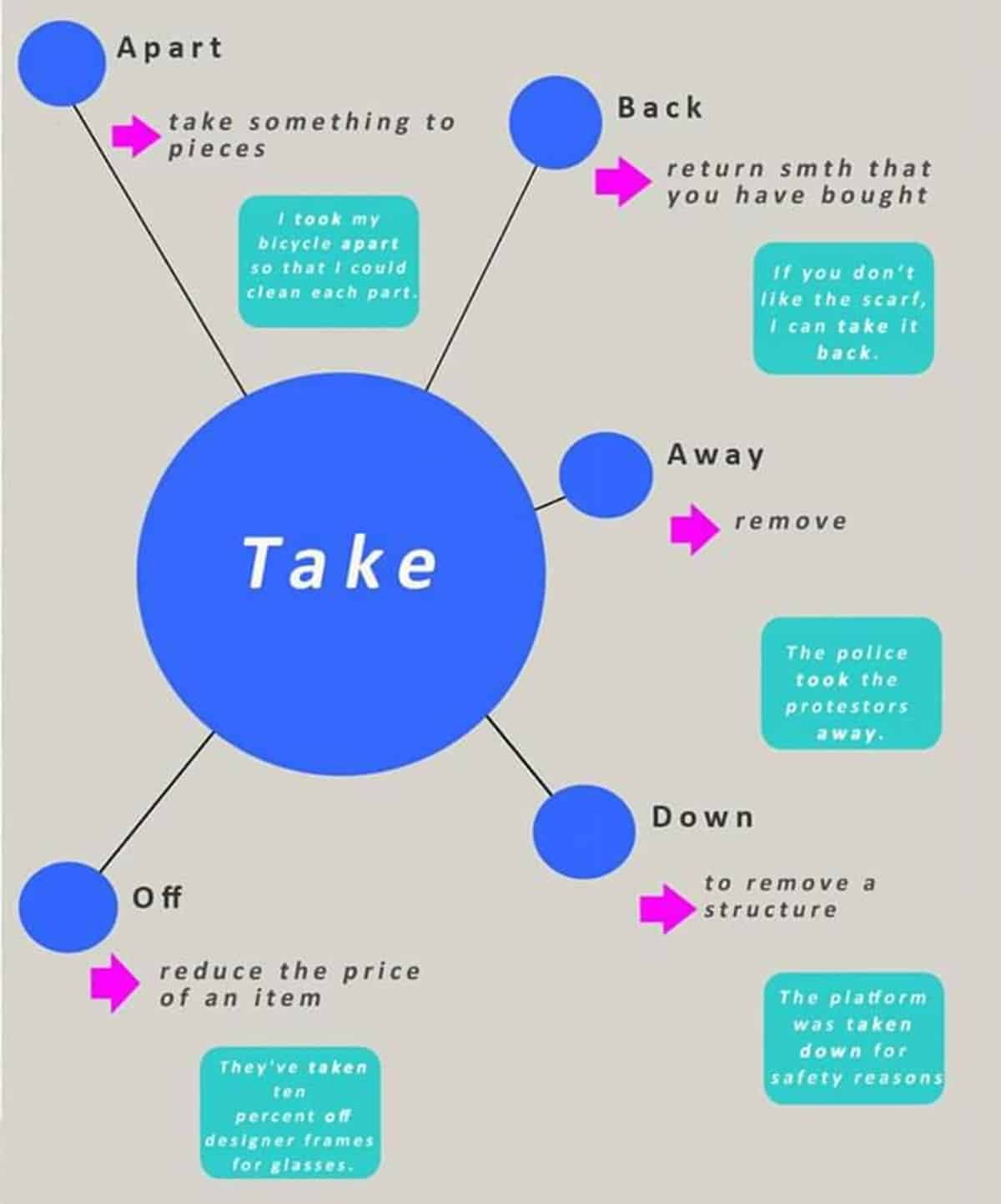 Phrasal Verbs with GET

Leave or move
Eg: I don’t want you here. Get out of my way!

Stop thinking about something
Eg: I can’t get over how hard that test was.

Do something wrong without punishment
Eg: The bank robbers got away with robbing the bank. The police never found them.

Continue with something
Eg: Listen everyone, it’s time to stop talking and get on with our class.

Way to go places
Eg: I get around by bicycle, but my brother gets around on foot.

Finally do something
Eg: I finally got around to doing my homework. I didn’t do it for several days.

Have enough to survive
Eg: I have enough money to get by until next week.

Become serious about
Eg: Dinner is finished and now it’s time to get down to business. 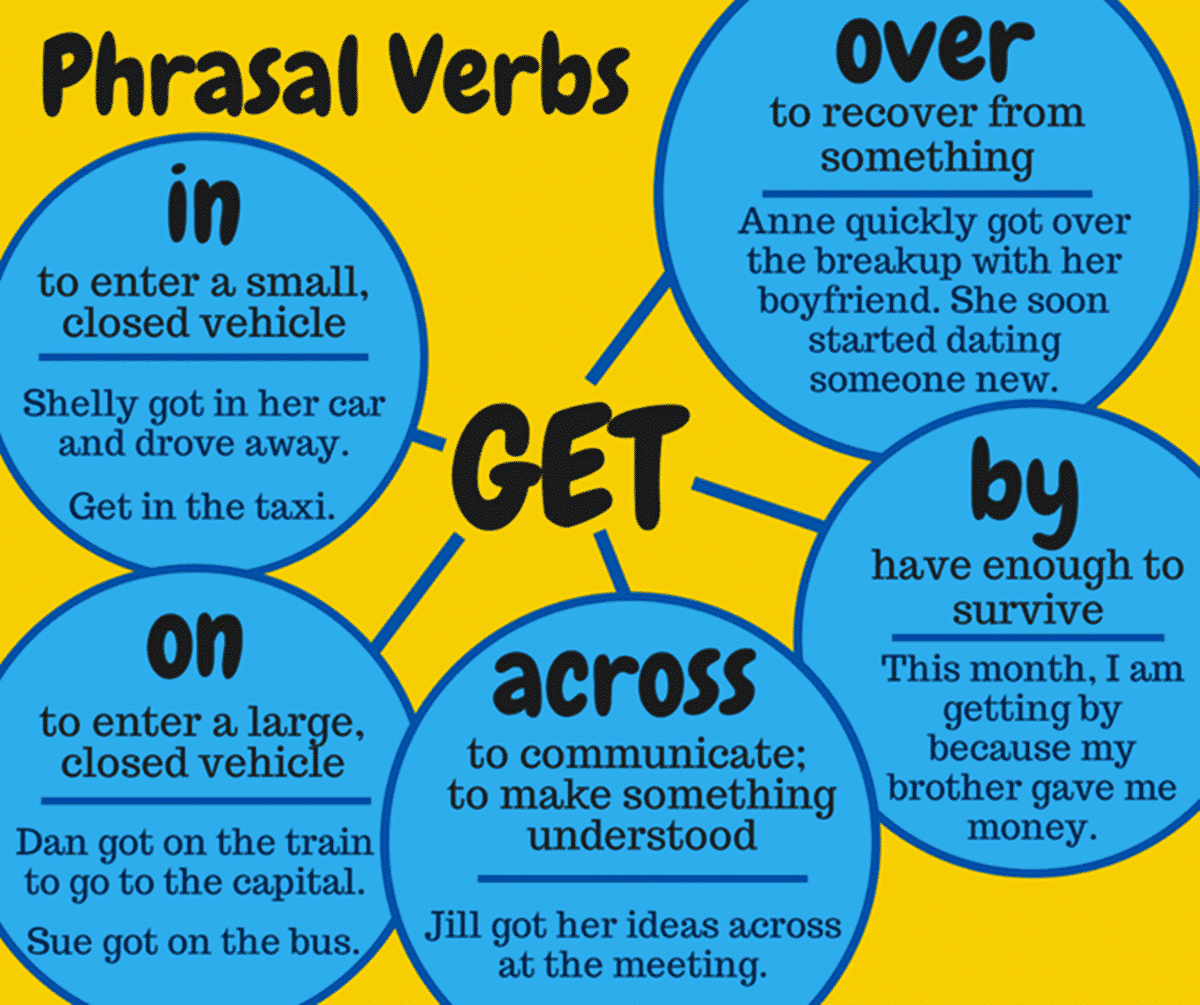