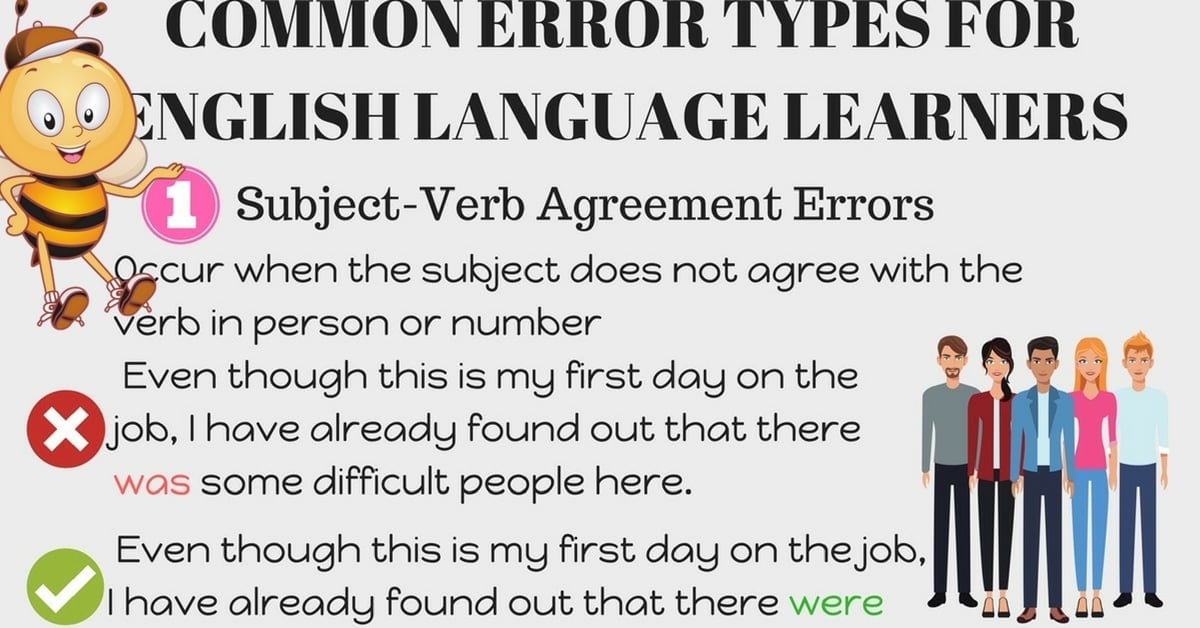 The English language can be challenging to learn, especially for non-native speakers. There are many common mistakes that English learners tend to make, and it’s important to be aware of them in order to improve your language skills. These mistakes can include errors in grammar, vocabulary, pronunciation, and idiomatic expressions. Below are some common grammatical errors English language learners all need to stop making.

Common Mistakes in the English

Incorrect: Even though this is my first day on the job, I have already found out that there was some difficult people here.

Correct: Even though this is my first day on the job, I have already found out that there were some difficult people here.

Occur when an incorrect time marker is used.

Incorrect: I was working on my paper since 6:00 am.

Correct: I have been working on my paper since 6:00 am.

Occur when a verb is incorrectly formed

Incorrect: I was cook dinner last night when you called.

Correct: I was cooking dinner last night when you called.

Incorrect: I have turned in all my homeworks this week.

Correct: I have turned in all my homework this week.

Occur when students leave out articles (the,a, an) in their writing or put in inappropriate articles

Incorrect: I live in the Mumbai.

Correct: I live in Mumbai.

Common Mistakes in the English | Image 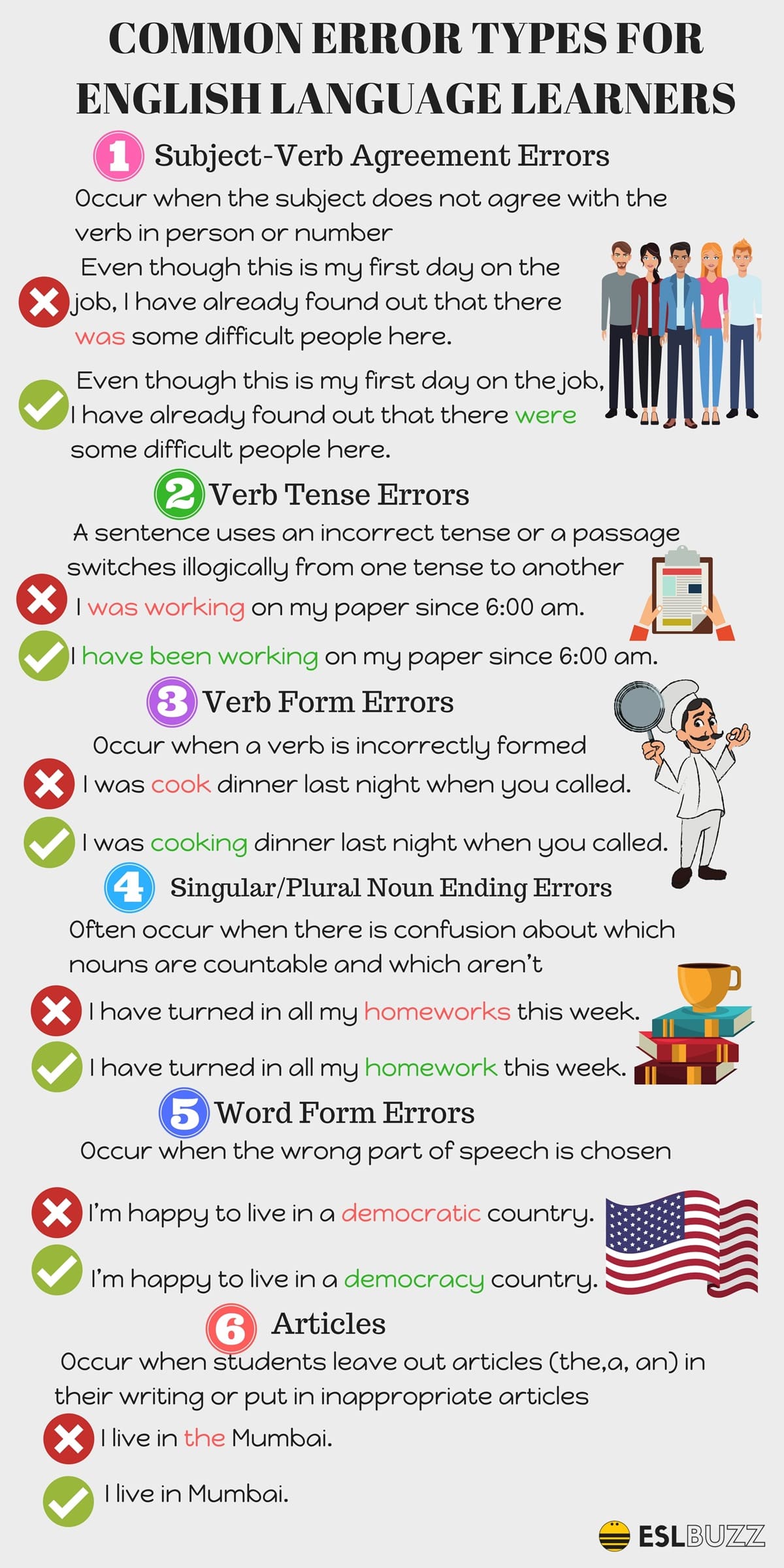 A democracy country is incorrect because democracy is a noun . It should be the adjective democratic to describe the noun country .