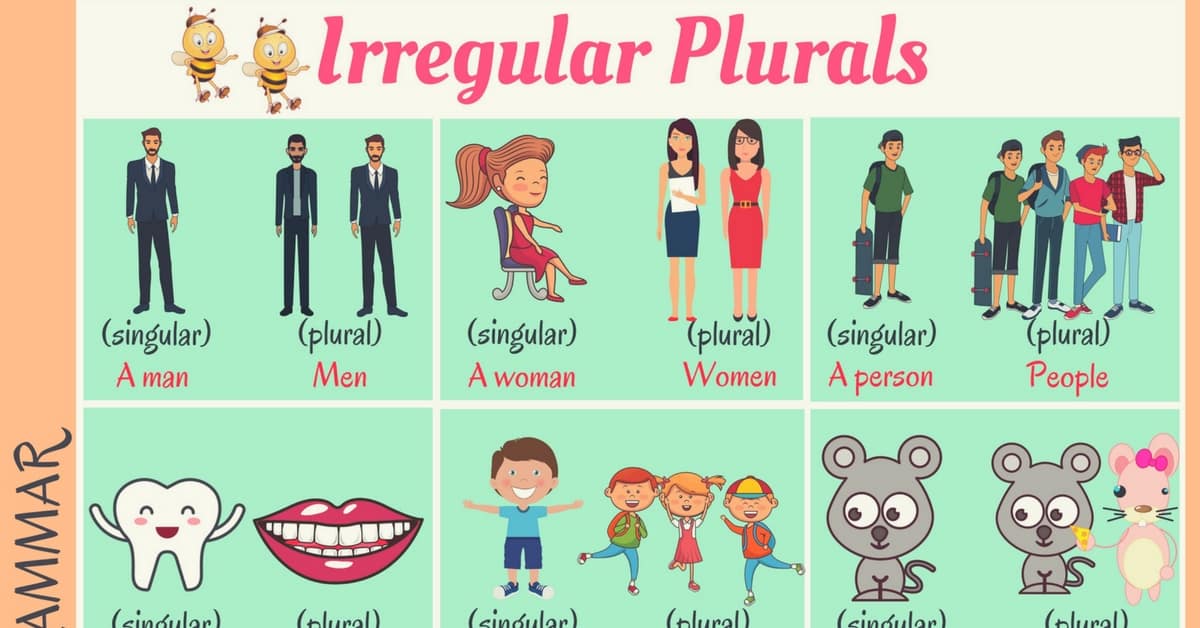 Learn the difference between plural and singular nouns; and different ways to form Common Irregular Plural Nouns in English with list and examples.

Although most nouns have plurals formed according to regular rules, some nouns have unusual, or irregular plurals…

While most nouns are easily made plural with a few simple changes, such as adding an “s” or “es” to the end of the word, there is one group of nouns that doesn’t seem to follow the rules.  They’re called irregular nouns and you guessed it…they don’t become plural the “regular” way.

In a few words, the singular form is used for both singular and plural.

Other plural nouns in English: 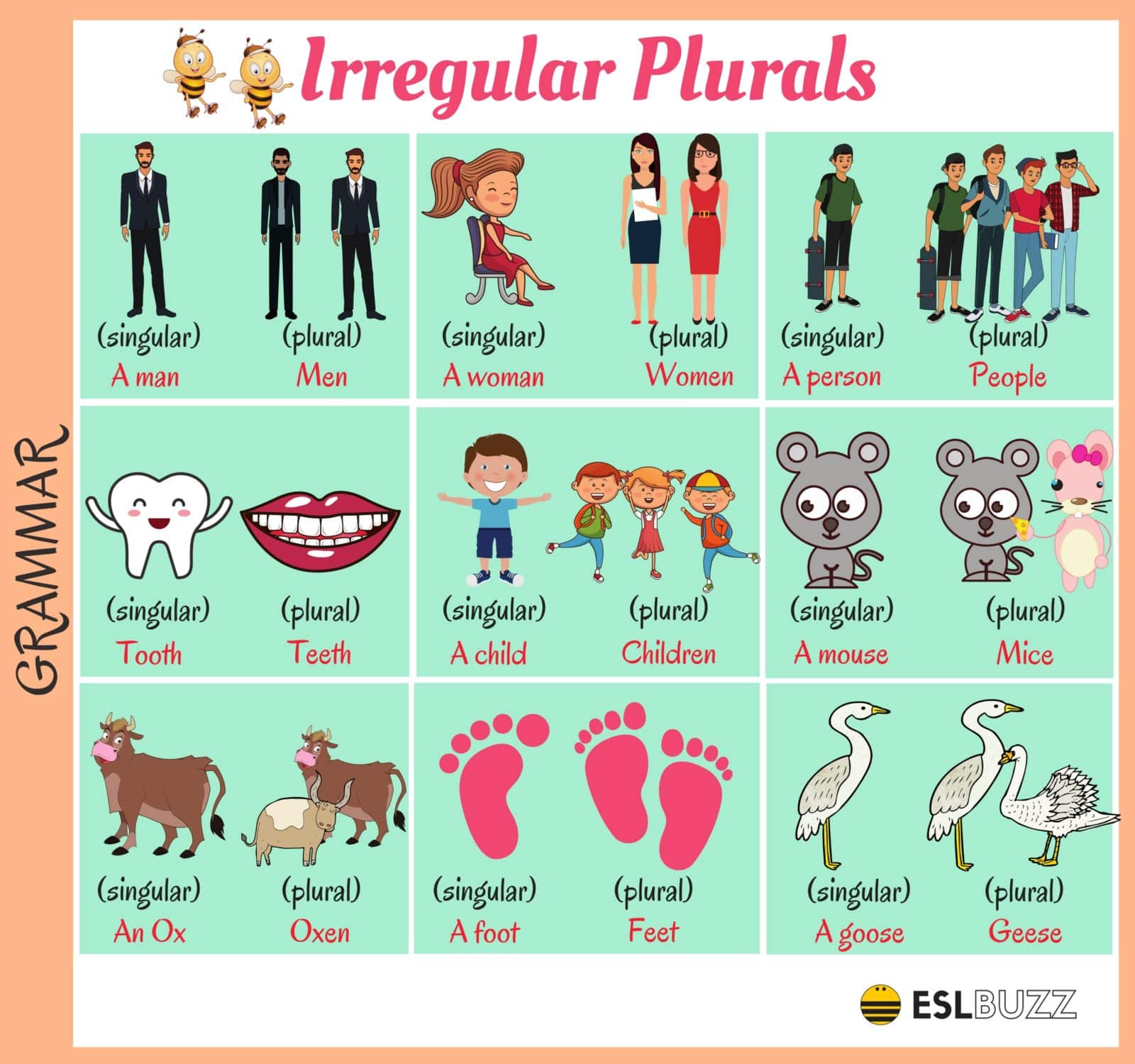 I am so happy to learn many things here….

+Thank you I learned a lot

Hello!
I am just new. what’s you guys names?