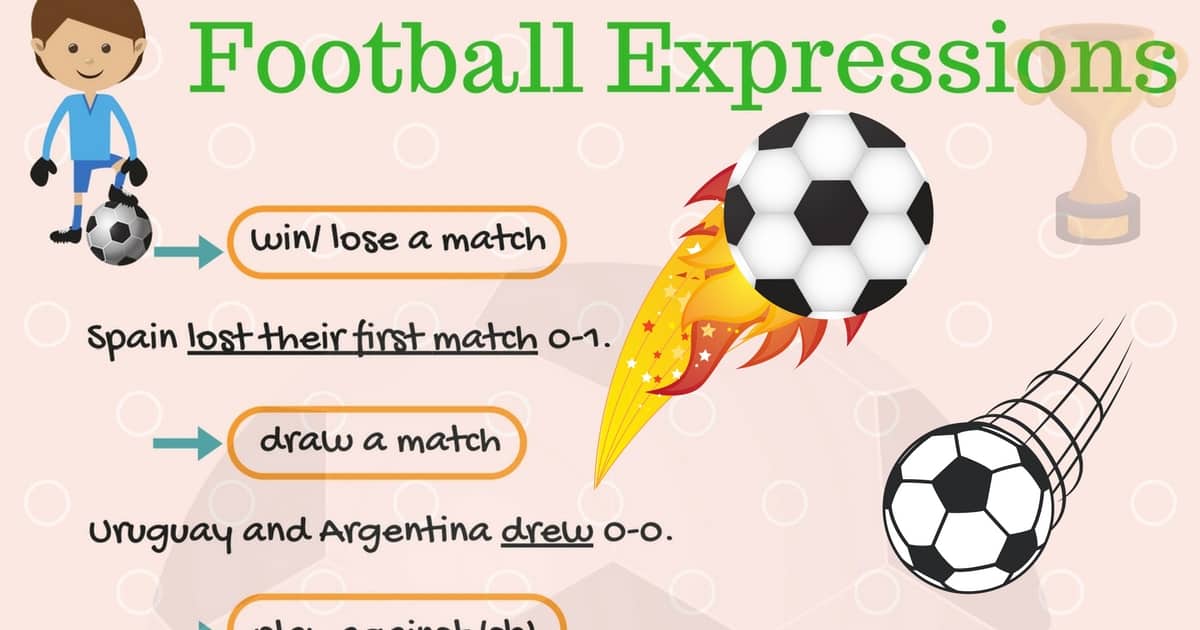 Football Expressions and Idioms in English! The following article introduces the list of common phrases and idioms used in football with ESL image.

Football Expressions and Idioms in English

Who were Nigeria playing against last week?

Brazil beat Italy in the final.

Messi shoots too often. He needs to pass more.

Casillas made a few good saves.

I didn’t know if he had the ball or not, so I just tackled him.

The English players were trying to foul Pirlo.

It was a bad tackle but he only got a yellow card.

Pepe was sent off by the referee.

Torres played so badly that he was substituted.

You should’ve seen it, it was such a great goal. Back of the net!

Quick! Man on! Pass the ball to Jones!

It is very difficult to swallow, we feel like we’ve been robbed.

He’s the best player on the team, and he’s got a sweet left foot.

He almost had it, but unfortunately it hit the woodwork.

i cant see the expressions, only idoms
…..

Why are there no expressions

Still, no explanation of any