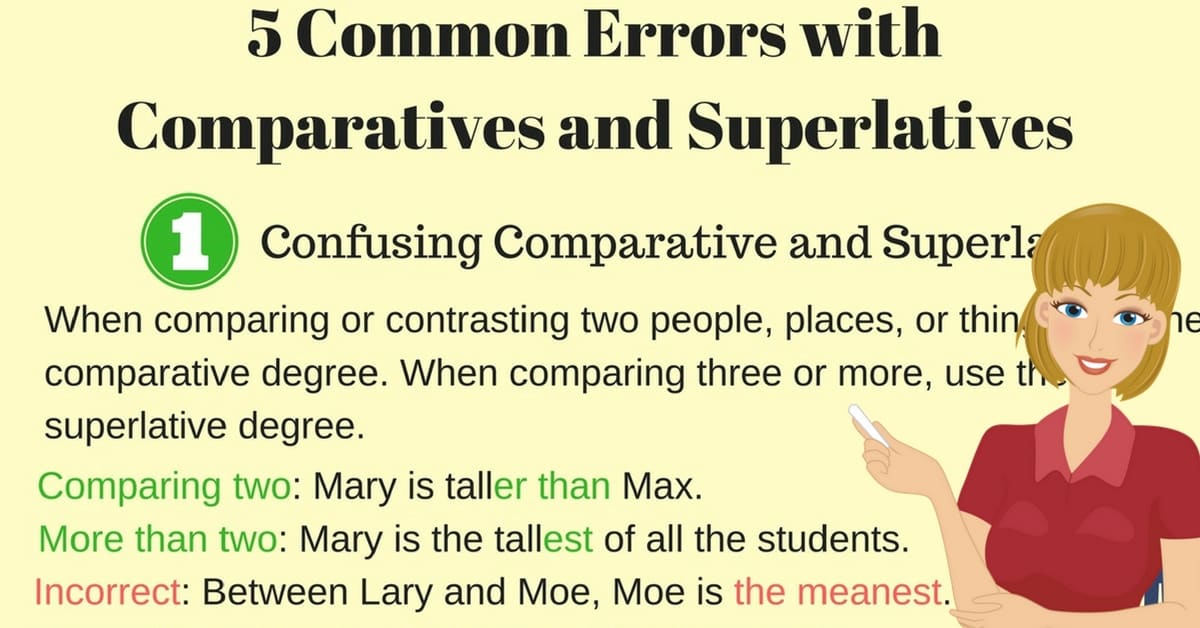 A comparative is used to show comparison. It sounds simple enough, but it’s not always that clear which one to use. Let’s start with the basics. In this article, we will take a look at some common errors with comparatives and superlatives in English.

Common Errors with Comparatives and Superlatives

When referring to one item, the non-comparative form is used, such as, nice. When comparing two, –er is added, such as, nicer. When three or more items are being compared, –est is the way to go, such as, nicest. Please take note of bad and good. These are examples irregular adverbs that do not follow this rule:

The most common mistake is using the superlative when there are only two items.

Incorrect: Mary was the tallest of the two girls.

Correct: Mary was the taller of the two girls.

When a word with three or more syllables is used as a comparative, –er and –est are typically not used, but rather “more” and “most” are used before the adverb.

Incorrect: Sharon’s garden was the beautifulest in town.

Correct: Sharon’s garden was the most beautiful in town.

Adverbs that end in –ly should not be changed to add –er or –est. Instead use “more” and “most“.

Incorrect: He moved quicker than the cart did.

Correct: He moved more quickly than the cart did. 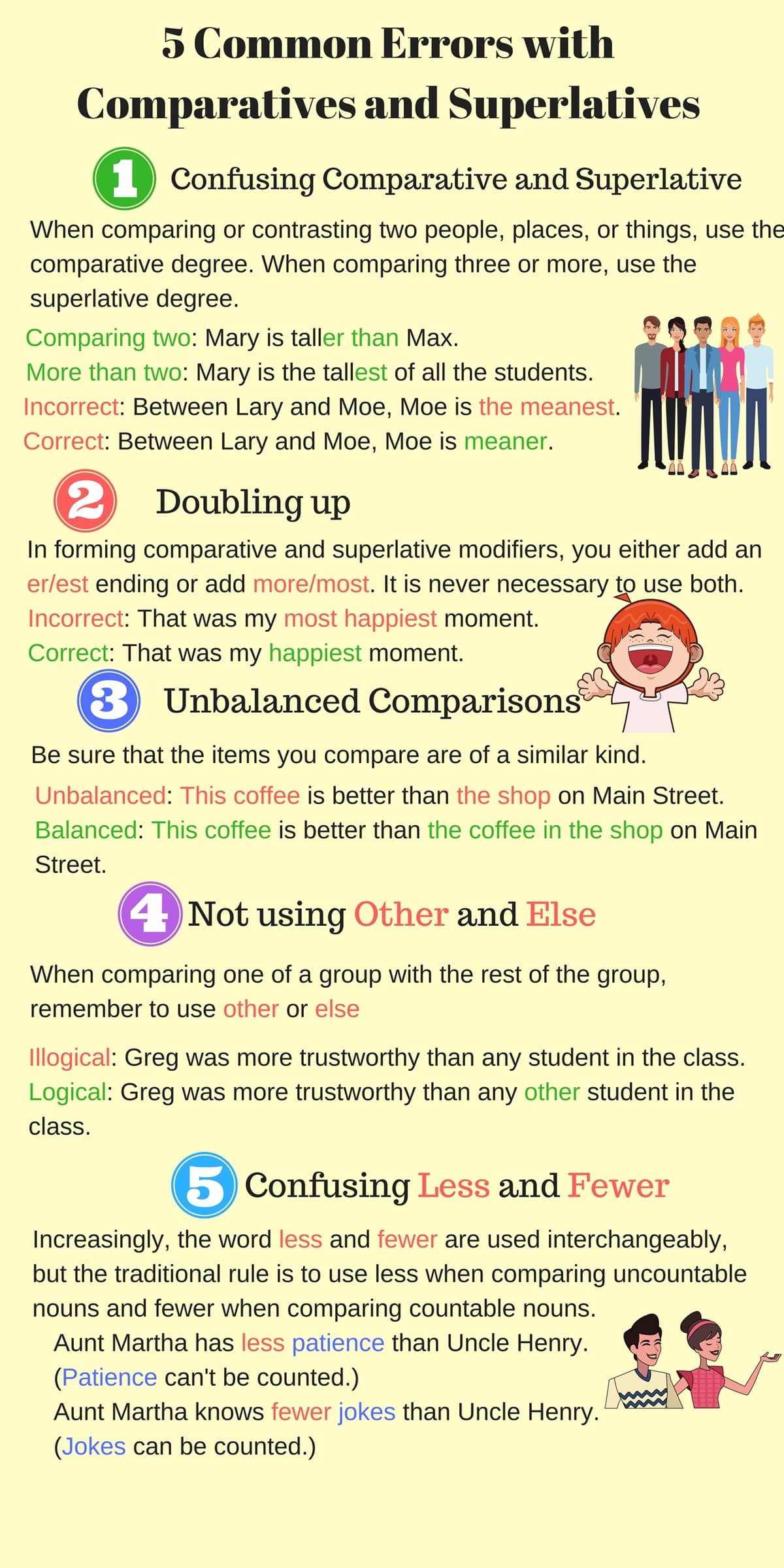