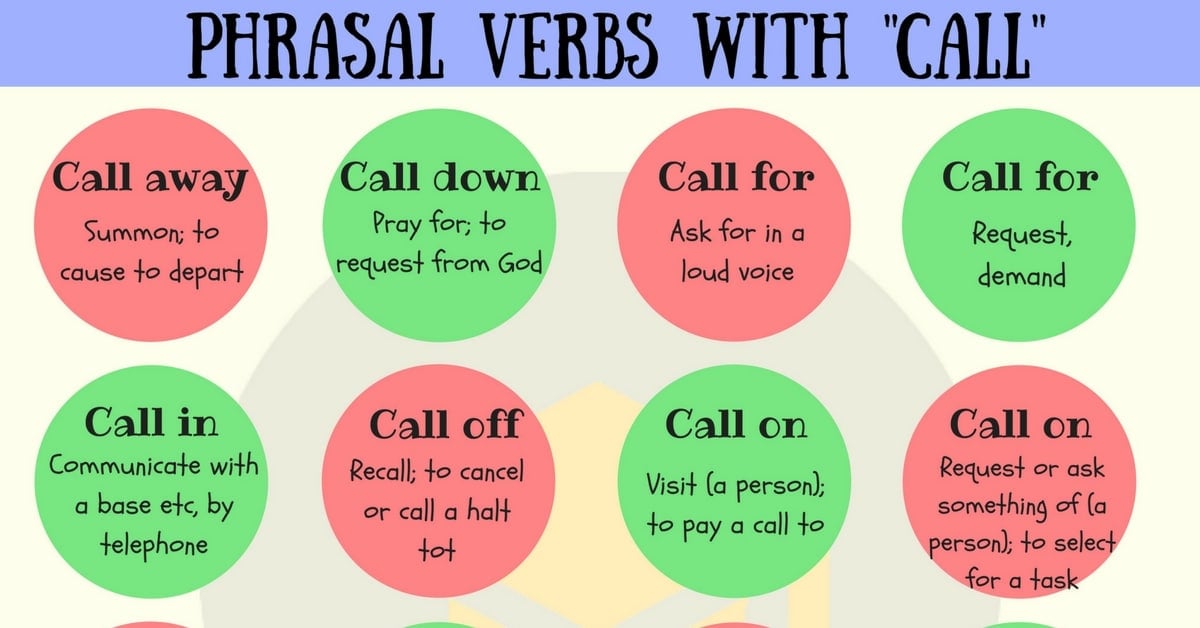 Here is a list of English phrasal verbs with CALL with meaning and examples:

Meaning: Summon; to cause to depart

Eg: I was called away from the meeting to deal with a medical emergency.

Meaning: Pray for; to request from God

Eg: I shall call down God’s wrath upon you!

Meaning: Shout out in order to summon (a person)

Eg: I leant out of the back door and called for Lucy.

Meaning: Ask for in a loud voice

Eg: We finished the main course in short order and called for more wine.

Eg: The government has called for an end to hostilities in the region.

Eg: This situation calls for a high degree of courage.

Meaning: Stop at a place and ask for (someone)

Eg: I’ll call for you just after midday.

Meaning: Communicate with a base etc, by telephone

Eg: I was too unwell to work yesterday so I called in sick.

Meaning: Summon someone, especially for help or advice

Eg: The government called in the army to deal with the riots.

Meaning: Recall; to cancel or call a halt to

Eg: If you want me to call off the dog, then get off my land.

Meaning: Visit (a person); to pay a call to

Eg: I really should call on my aunt more often.

Meaning: Select (a student in a classroom, etc.) to provide an answer

Eg: He sat there, baffled, hoping nobody would call on him.

Meaning: Request or ask something of (a person); to select for a task

Eg: The king called on his subjects to take up arms and defend the kingdom.

Meaning: Have recourse to; to summon up

Eg: Exhausted, he called on his last ounce of strength.

Meaning: Correct; to point out an error or untruth

Eg: The salesman persisted in quoting a rate higher than was listed, until we called him on it

Eg: They call out 304 stainless steel in the drawing but the part was made from aluminum.

Eg: The Governor called out the National Guard.

Eg: She called them out on their lies. 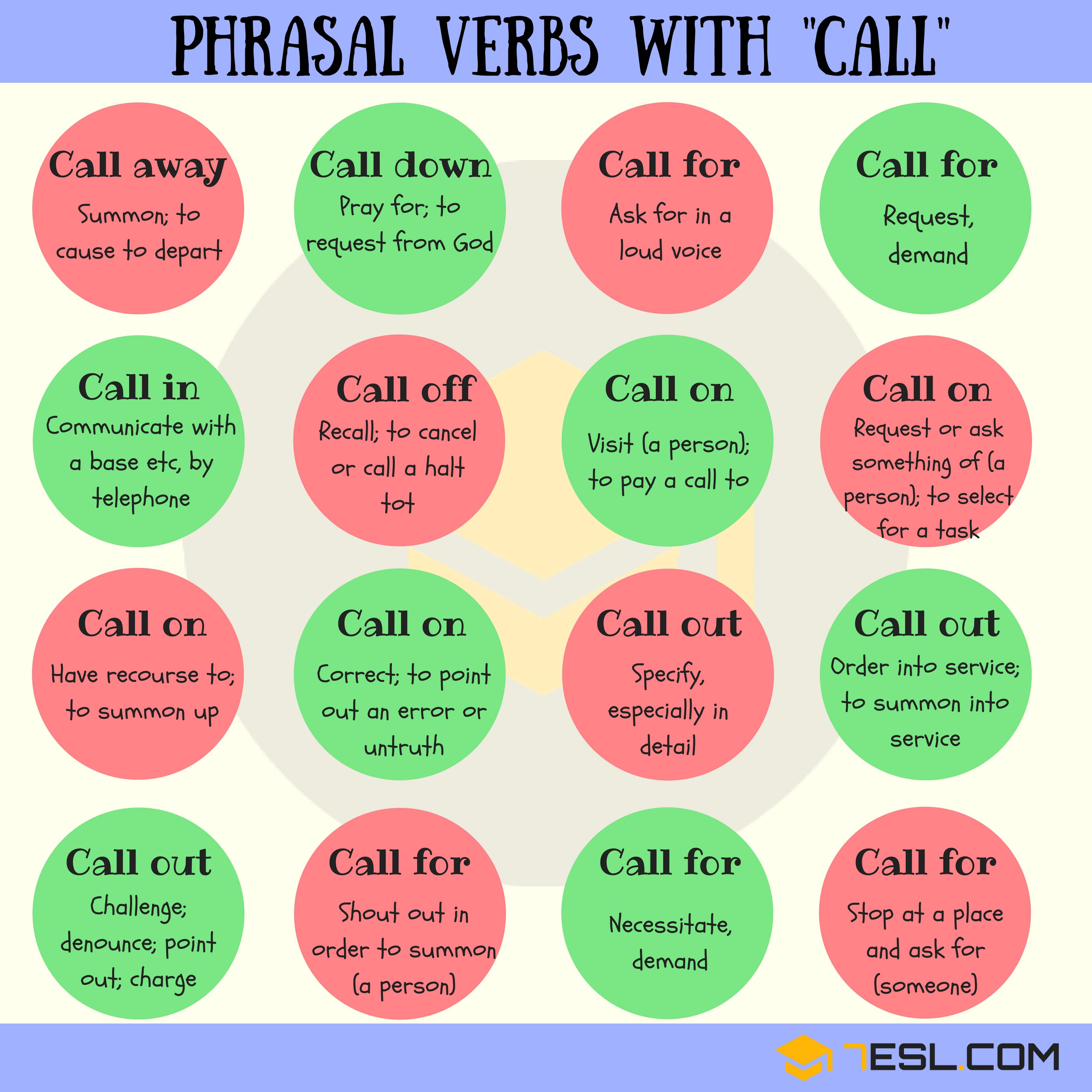