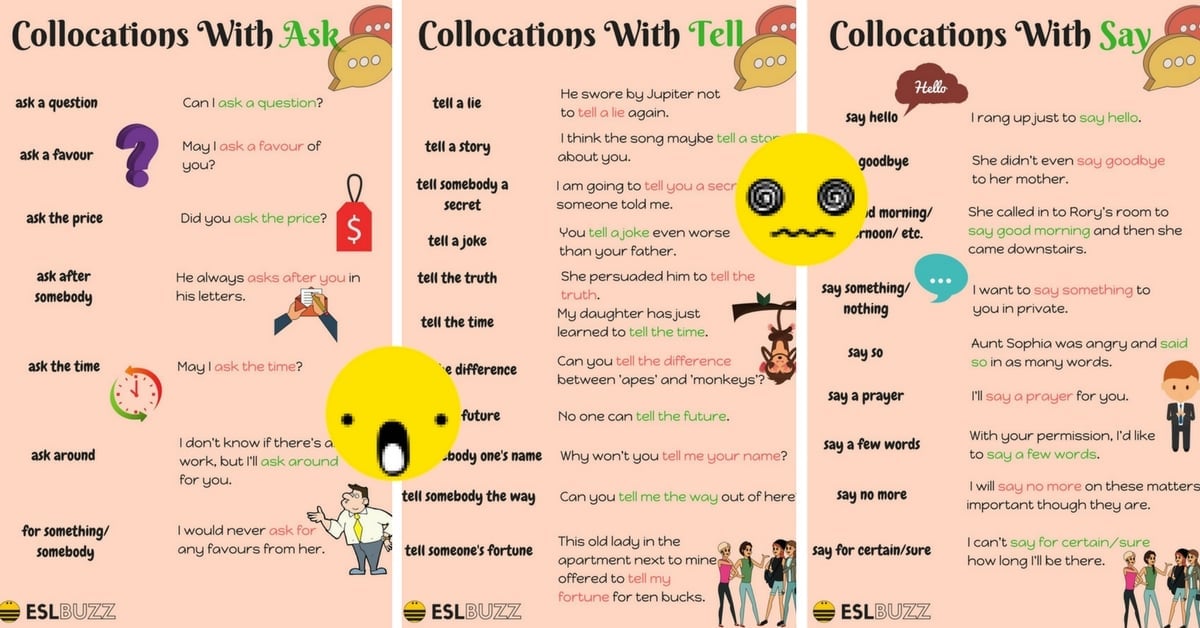 How to Use: Say, Tell, Ask – Common Collocations with say, tell and ask.

Learn useful collocations with SAY in English with examples.

I rang up just to say hello.

She didn’t even say goodbye to her mother.

She called in to Rory’s room to say good morning and then she came downstairs.

I want to say something to you in private.

Aunt Sophia was angry and said so in as many words.

I’ll say a prayer for you.

With your permission, I’d like to say a few words.

I will say no more on these matters, important though they are.

I can’t say for certain/sure how long I’ll be there. 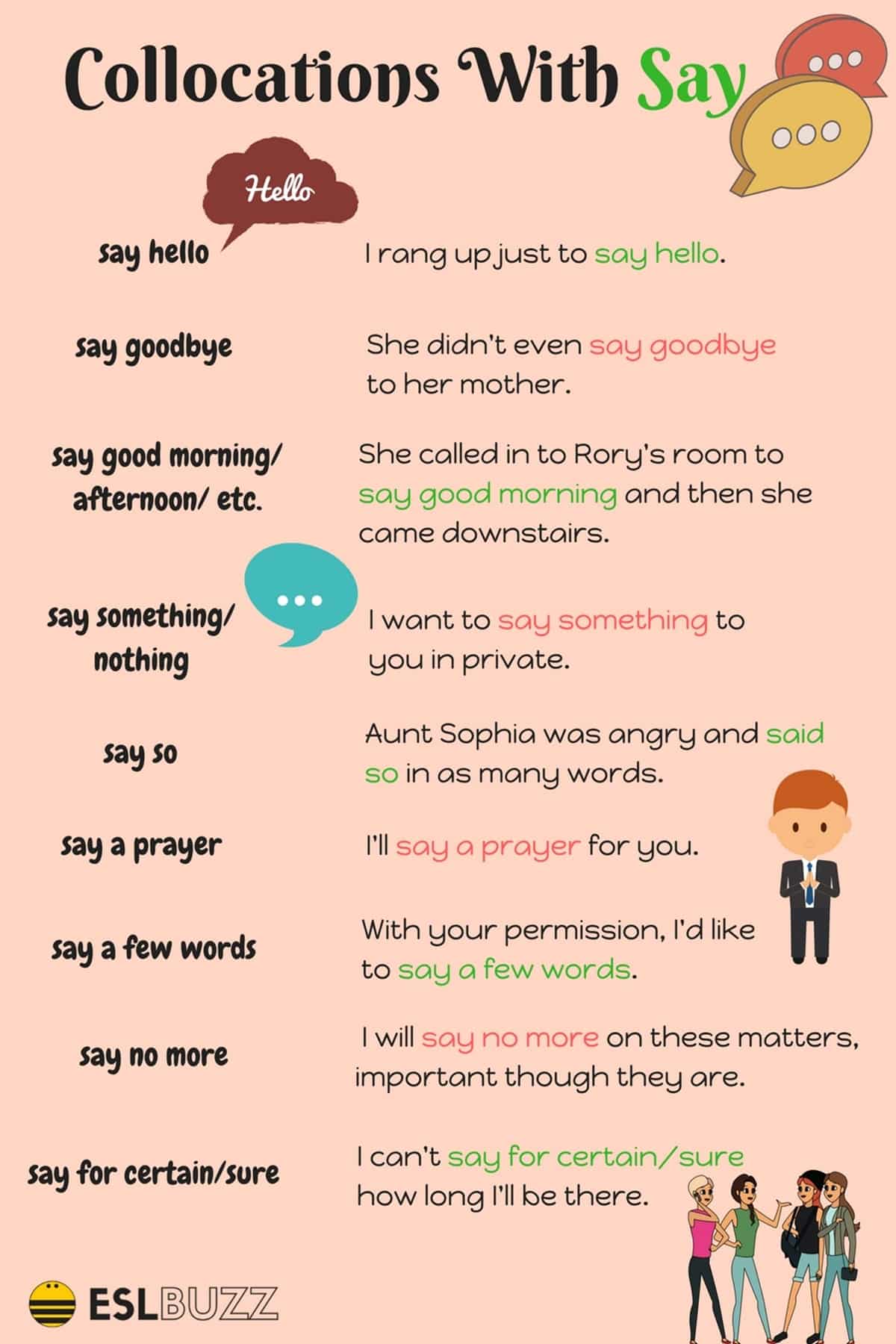 Learn common collocations with TELL in English with examples.

He swore by Jupiter not to tell a lie again.

I think the song maybe tell a story about you.

I am going to tell you a secret someone told me.

You tell a joke even worse than your father.

She persuaded him to tell the truth.

My daughter has just learned to tell the time.

Can you tell the difference between ‘apes’ and ‘monkeys’?

No one can tell the future.

Why won’t you tell me your name?

Can you tell me the way out of here?

This old lady in the apartment next to mine offered to tell my fortune for ten bucks.

Learn common collocations with ASK in English with examples.

Can I ask a question?

May I ask a favour of you?

Did you ask the price?

He always asks after you in his letters.

May I ask the time?

I don’t know if there’s any work, but I’ll ask around for you.

I would never ask for any favours from her.