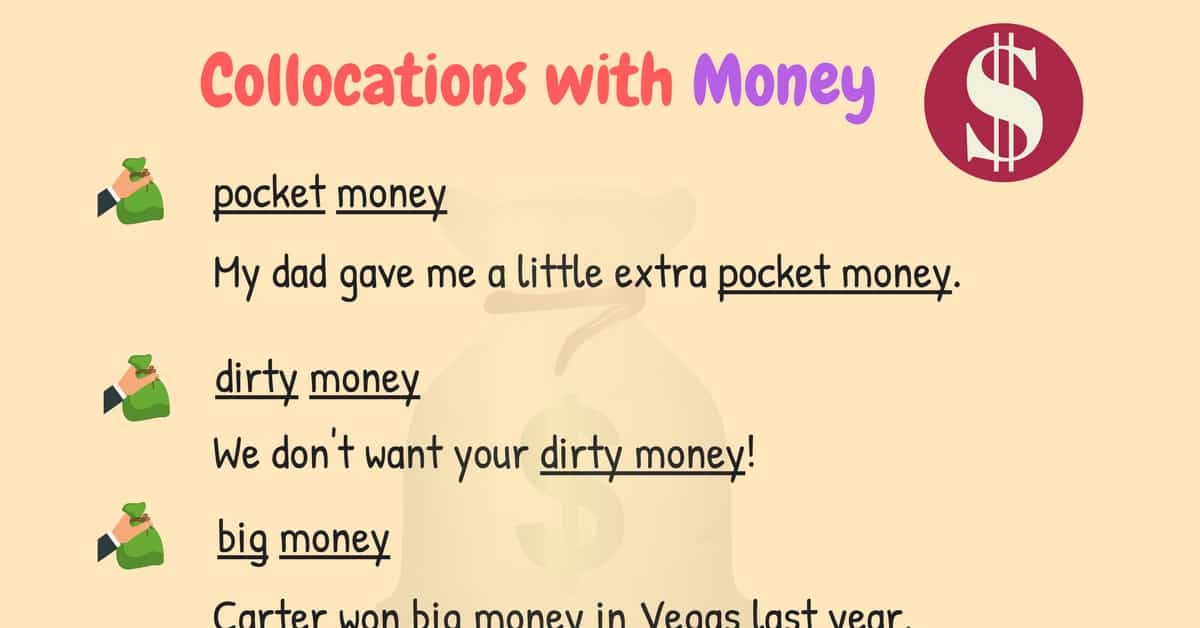 E.g: My dad gave me a little extra pocket money.

E.g: People were tempted into the trade by the thought of easy money.

E.g: He was arrested for using fake money.

E.g: He spent all his hard-earned money.

E.g: I knew he was doing illegal business, so he offered me hush money.

E.g: If you complete the project before next week, there’ll be some bonus money.

E.g: It’s not right to waste public money on projects that benefit those who are already wealthy.

E.g: Could you lend me some lunch money today?

E.g: They won a lot of grant money for their research into DNA.

E.g: We plan to move to Los Angeles with our retirement money.

E.g: He borrowed money from the bank.

E.g: He refused to lend me the money.

E.g: I deposited a large amount of money last Friday.

E.g: Altogether he had paid out almost £5000 for the improvements.

E.g: I’ll repay you the money you lent me next week.

E.g: I try to save some money every month.

E.g: He was jailed for laundering drug money.

E.g: The city has invested millions of dollars in the museum.

Collocations with MONEY in English | Image 1 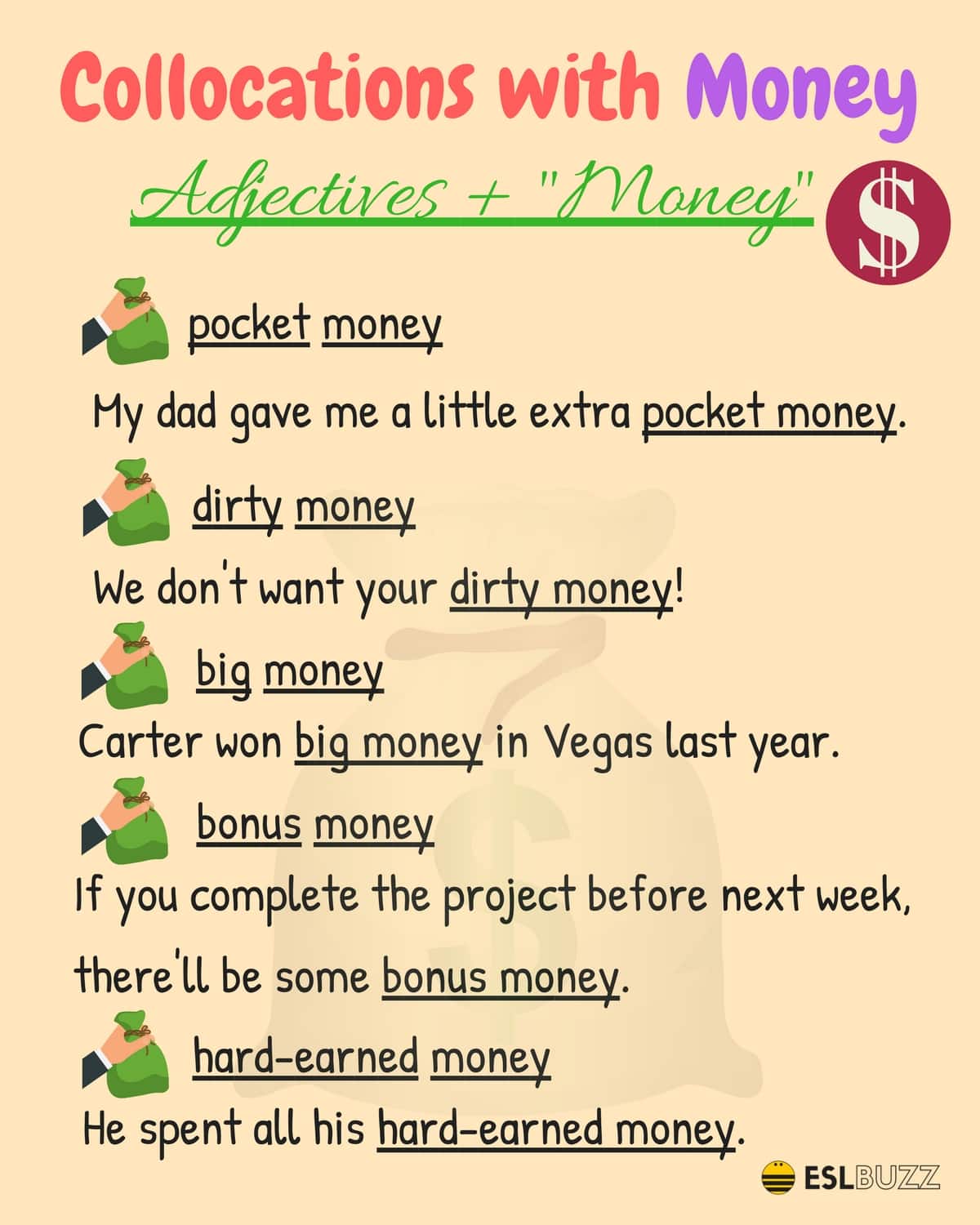 Collocations with MONEY in English | Image 2 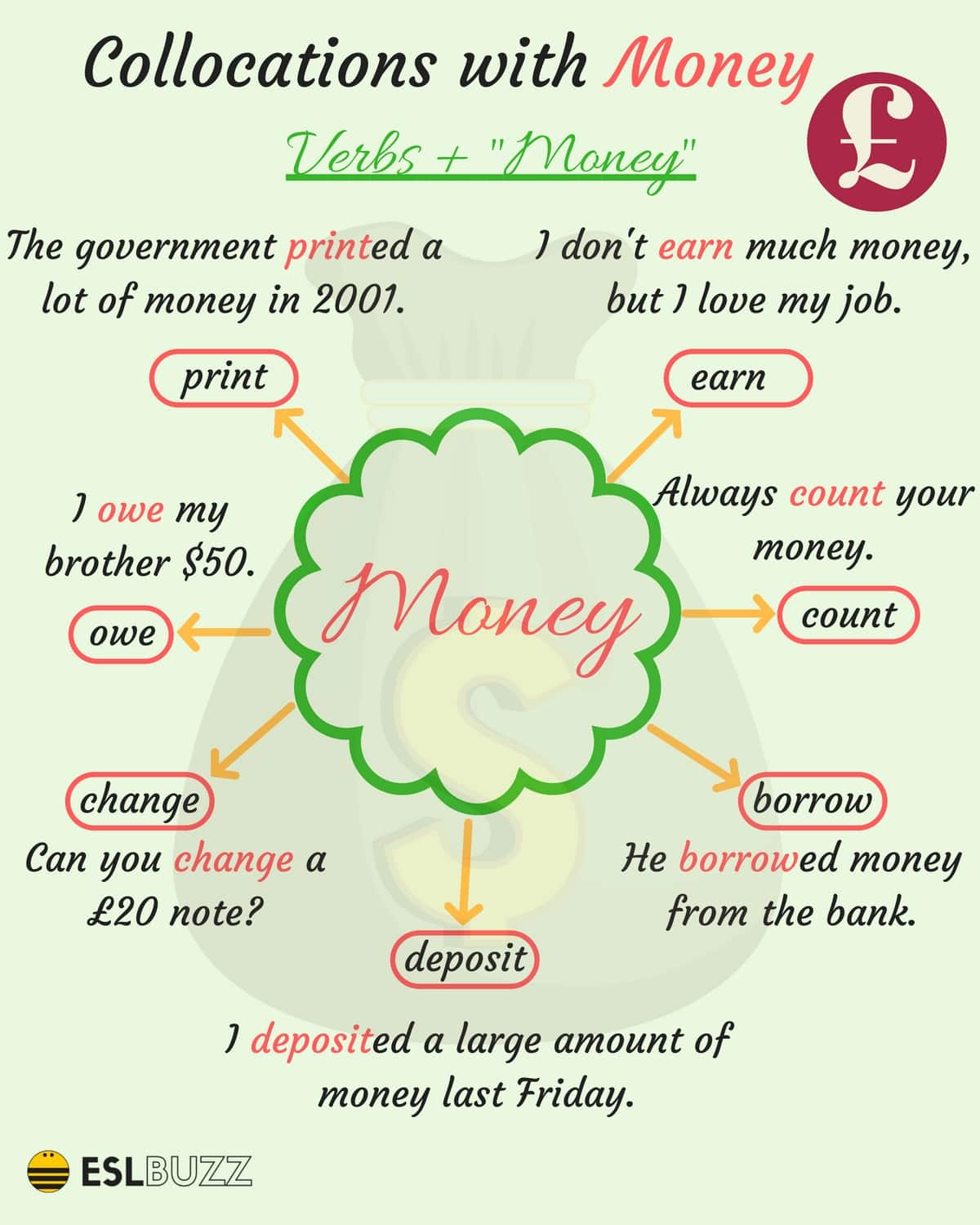