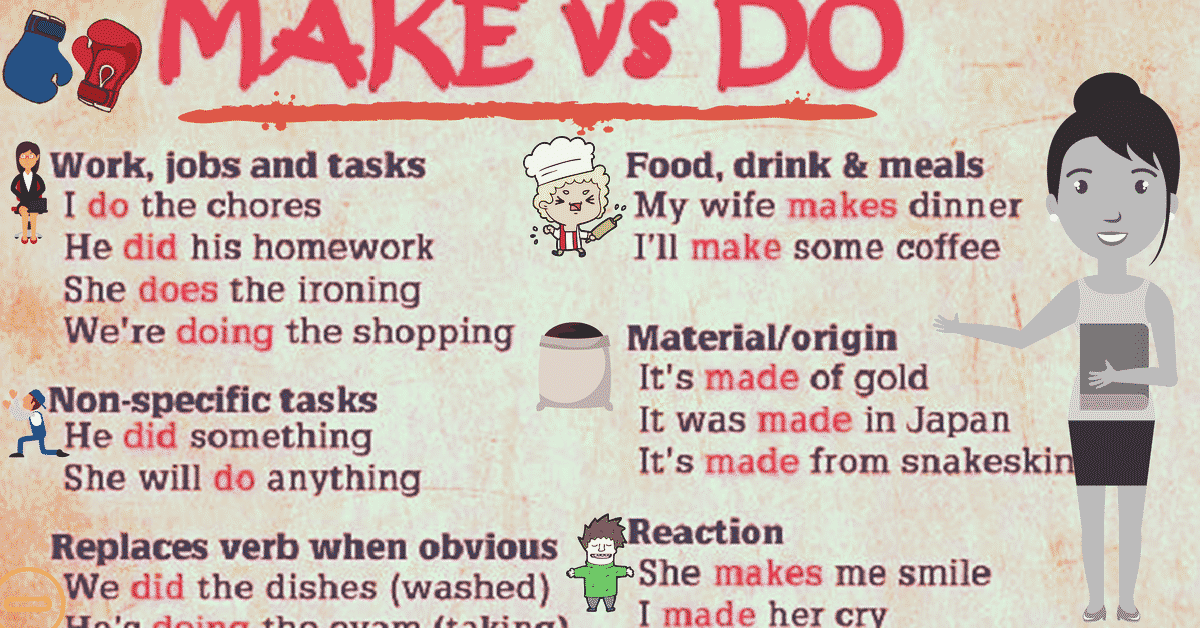 In the English language, “make” and “do” are two commonly used verbs that can often be used interchangeably. However, there are certain collocations or word combinations that are more commonly used with one verb or the other. Understanding the difference between “make” and “do” can help to improve your language skills and make you sound more fluent.

If there are any word associations that need such attentiveness and intensive concentrated practice will surely be the cases in which DO and MAKE are used to describe actions. Both of them work better and more authentically than each other because none of them dare replace the other in any domain supervised, predominated and controlled by each one of them. This is said, we have to take it for granted that both of the verbs almost describe the same action.

“We’ll make dinner provided that you do the dishes“.

What are The Differences Between DO and MAKE

The main difference between “do” and “make” is that “do” is generally used for general actions, while “make” is used for creating or producing something. “Do” can be used for many different types of actions, such as work, household tasks, activities, and more. “Make” is typically used to indicate the creation of something, such as making a cake, making a phone call, making a mistake, etc.

The Differences Between DO and MAKE | Image 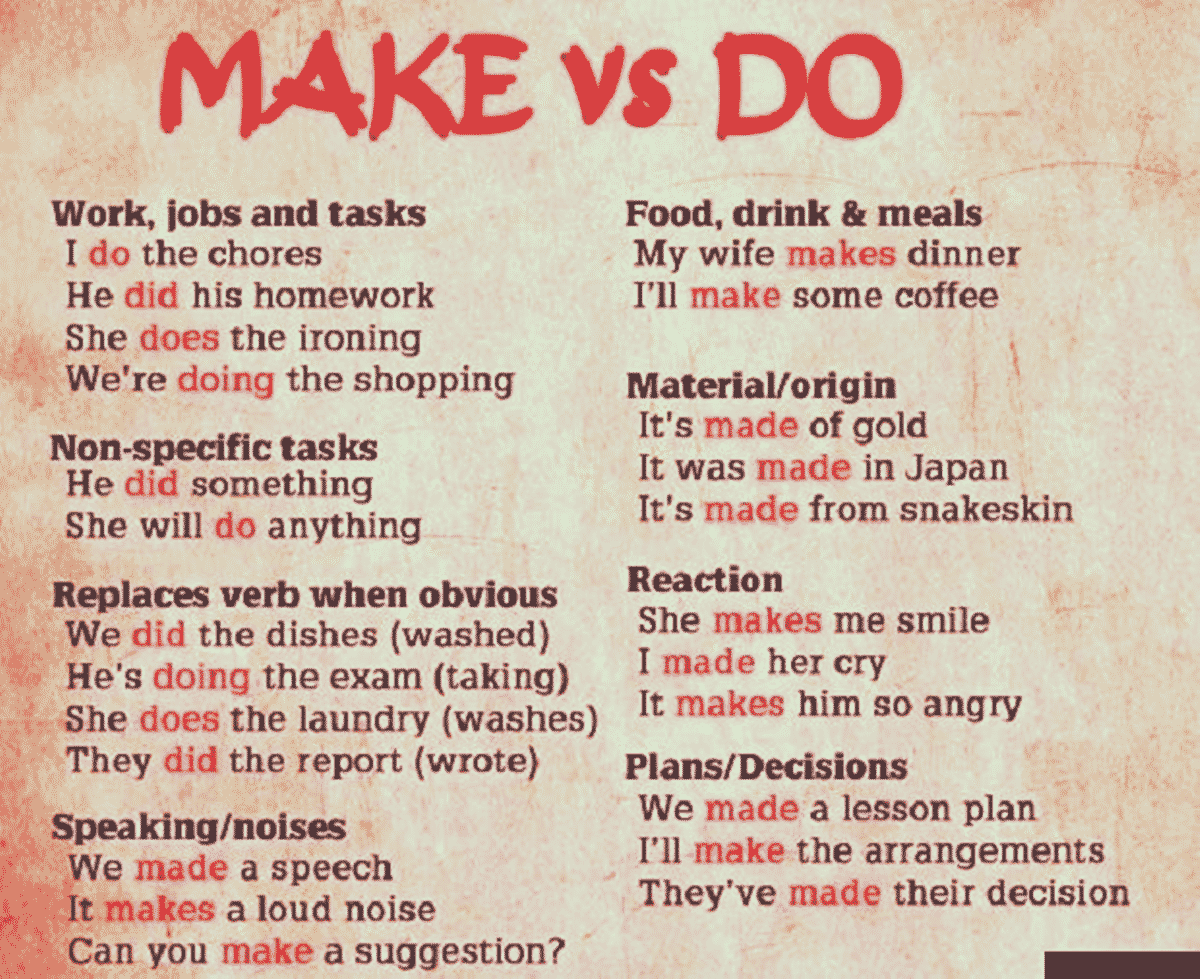 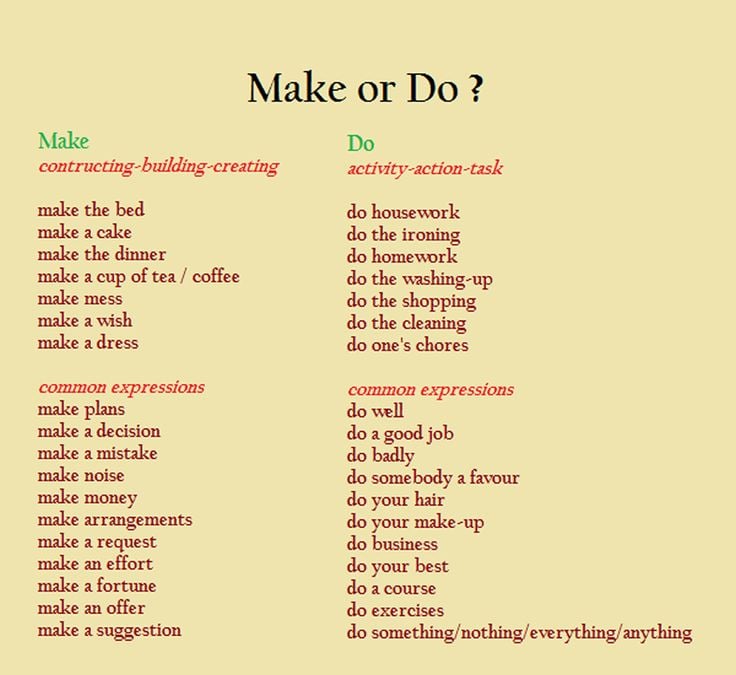 Please note that ‘Make’ and ‘Do’ express the same thing but each one is used irreplaceably in combination with particular actions. It is easy but you need to continuously practice them so that these crucial details stick in your head.

The following tables will show you some frequent uses of the word combinations with both do and make. These collocations have to be learnt quite curiously so as not to be confused and therefore confusing. Don’t forget that native speaker wouldn’t understand you if it happens that you misused the combination. 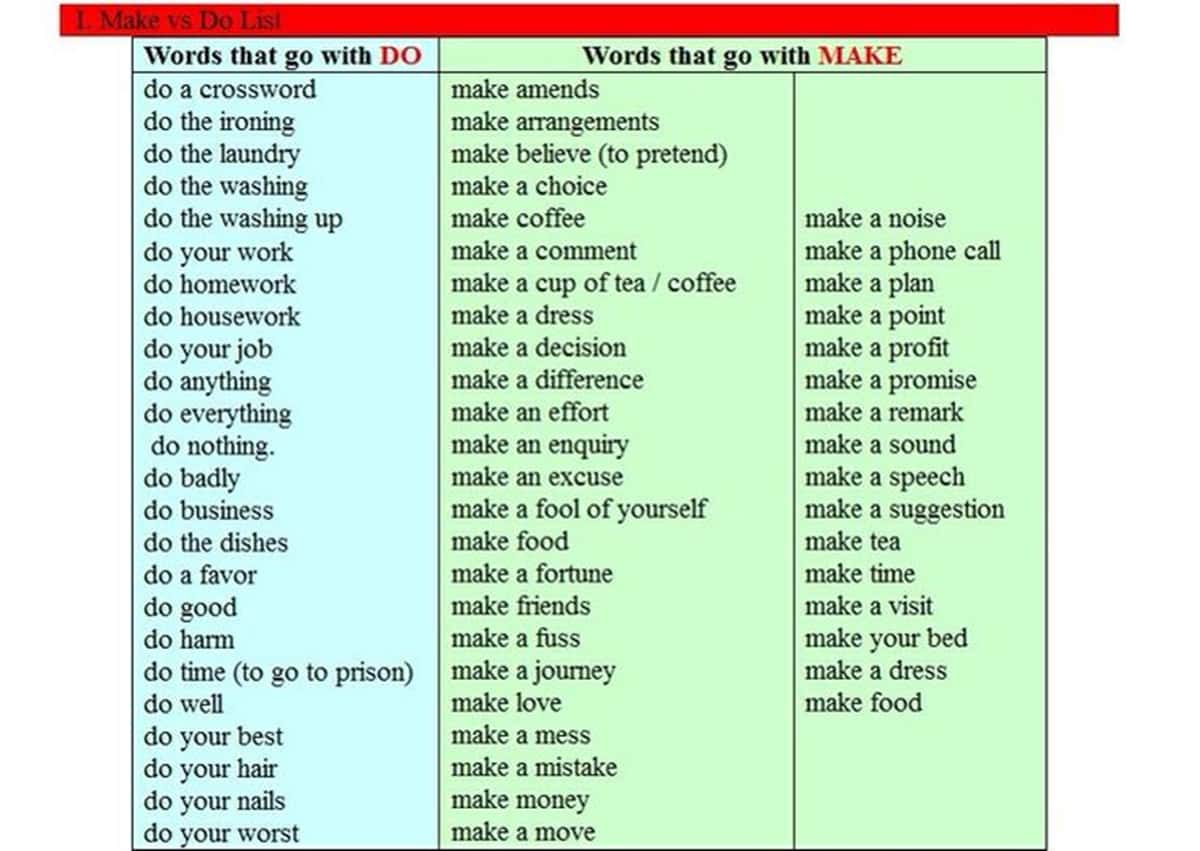 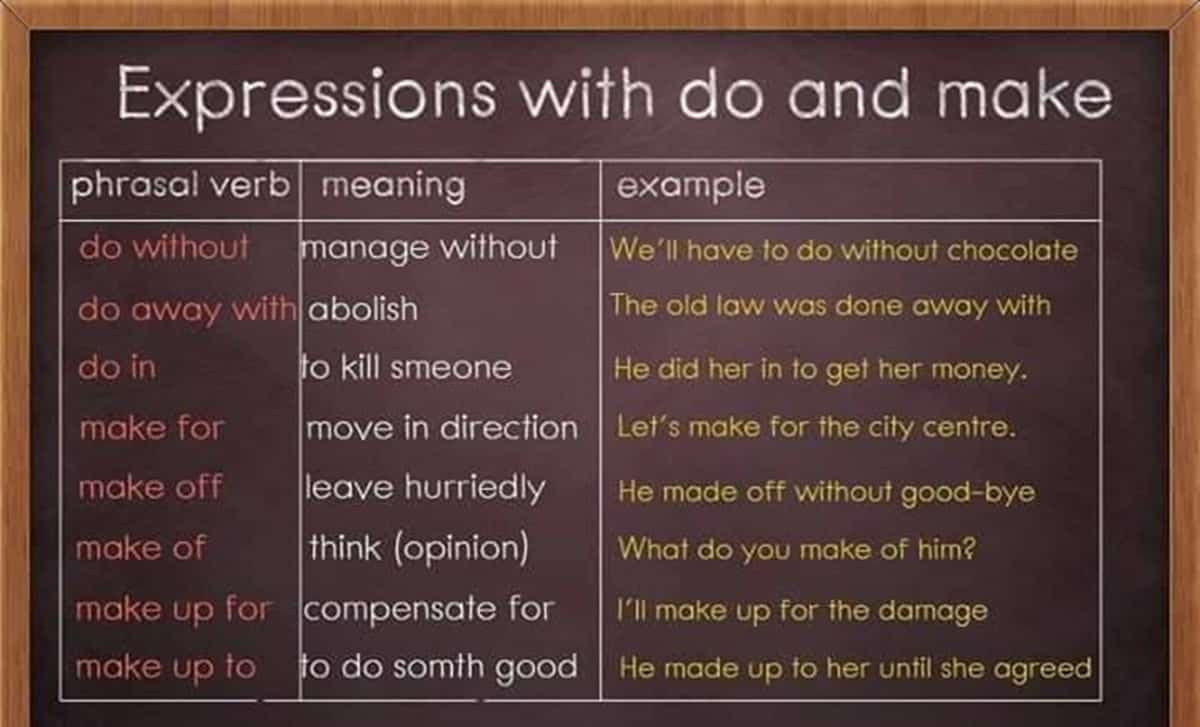