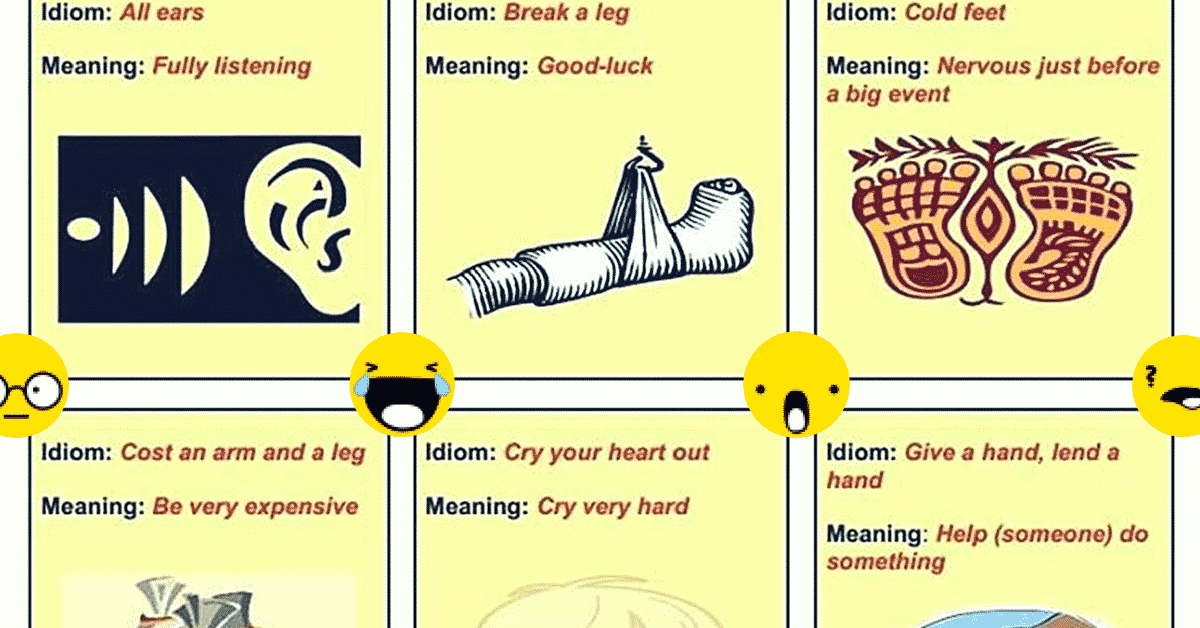 An idiom is a phrase or an expression that has a figurative, or sometimes literal, meaning. In this lesson, you will learn body idioms in English.

1. Give your right arm (informal)

4. Put your finger on sth

9. Bury/ have your head in the sand 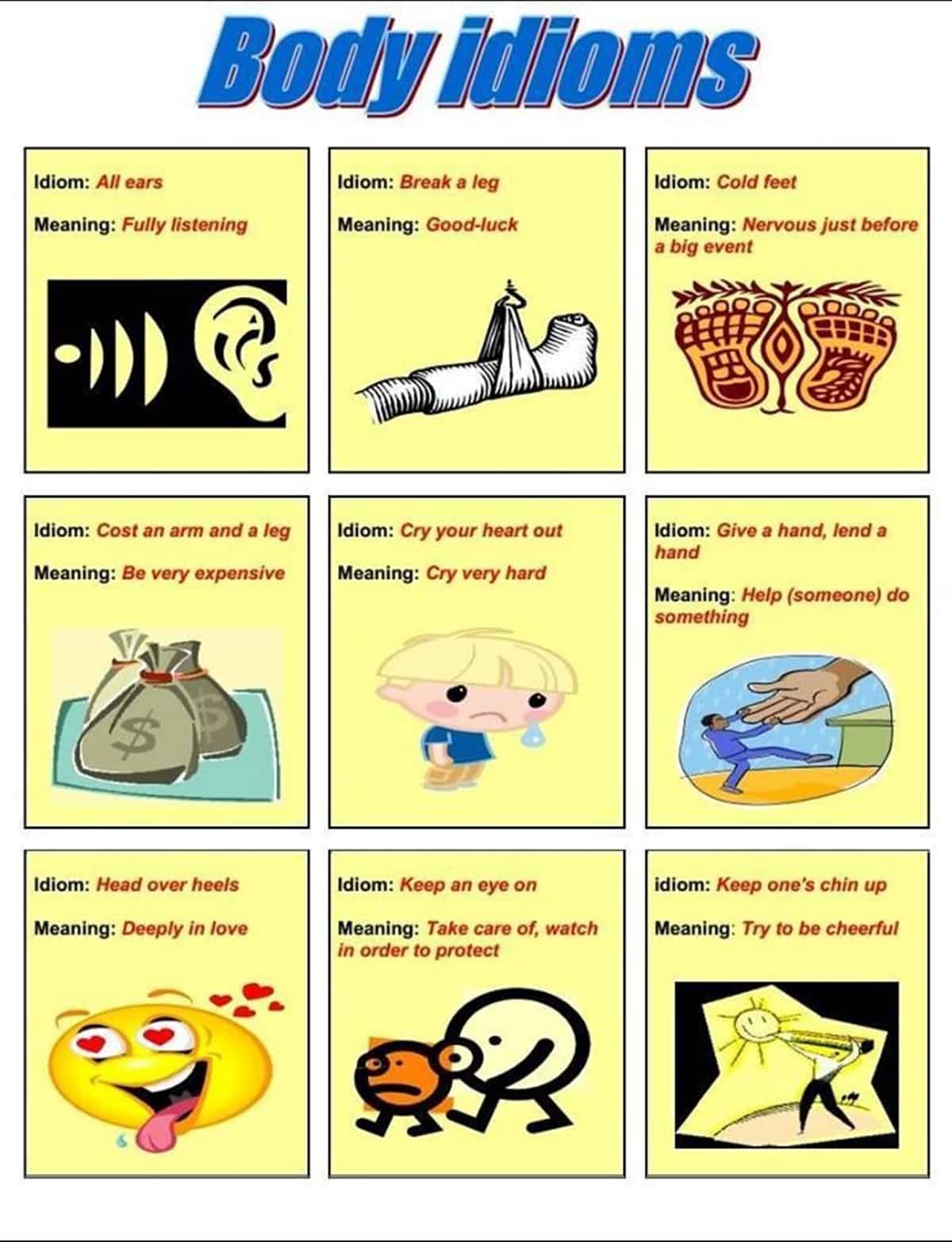 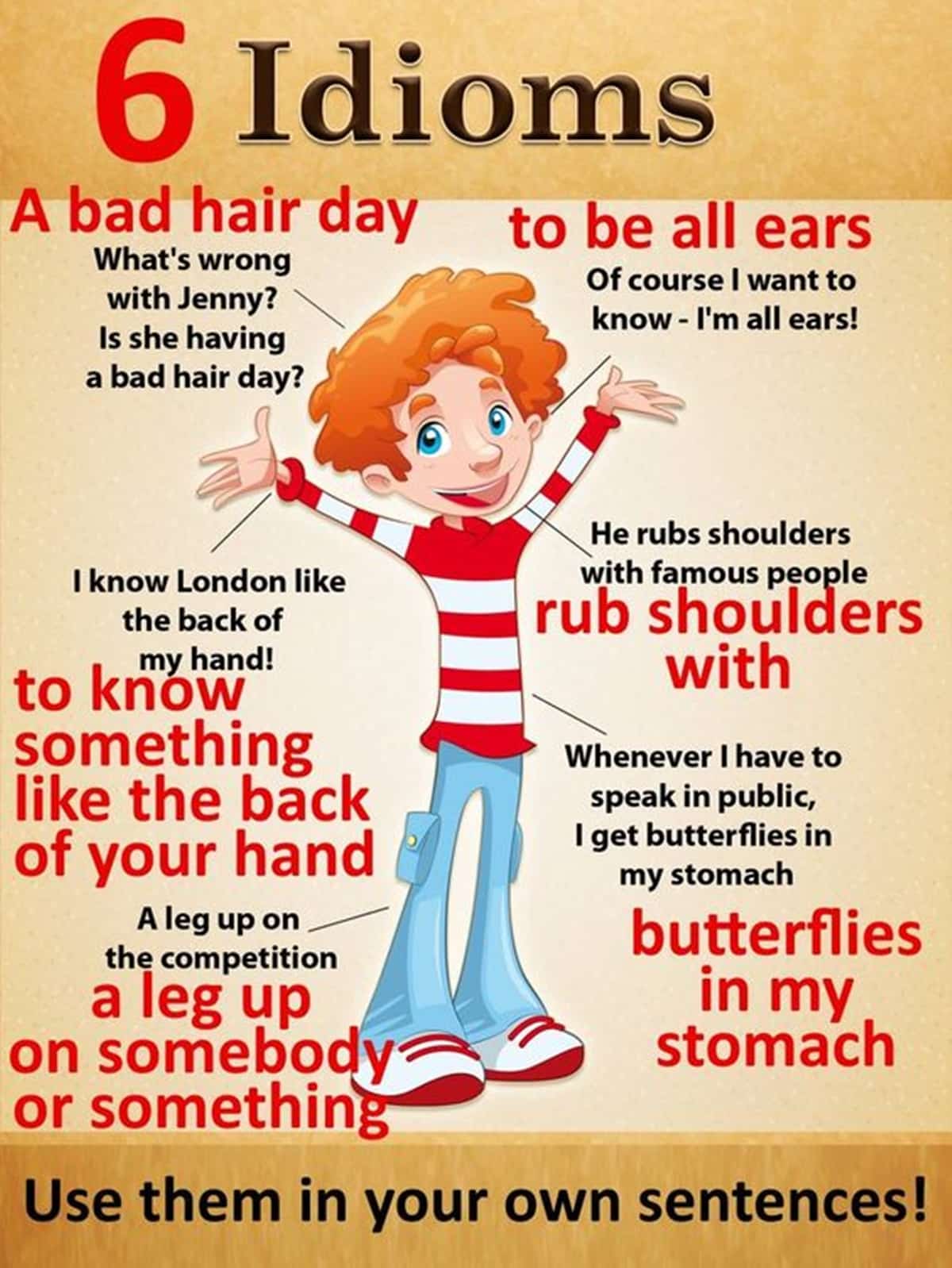 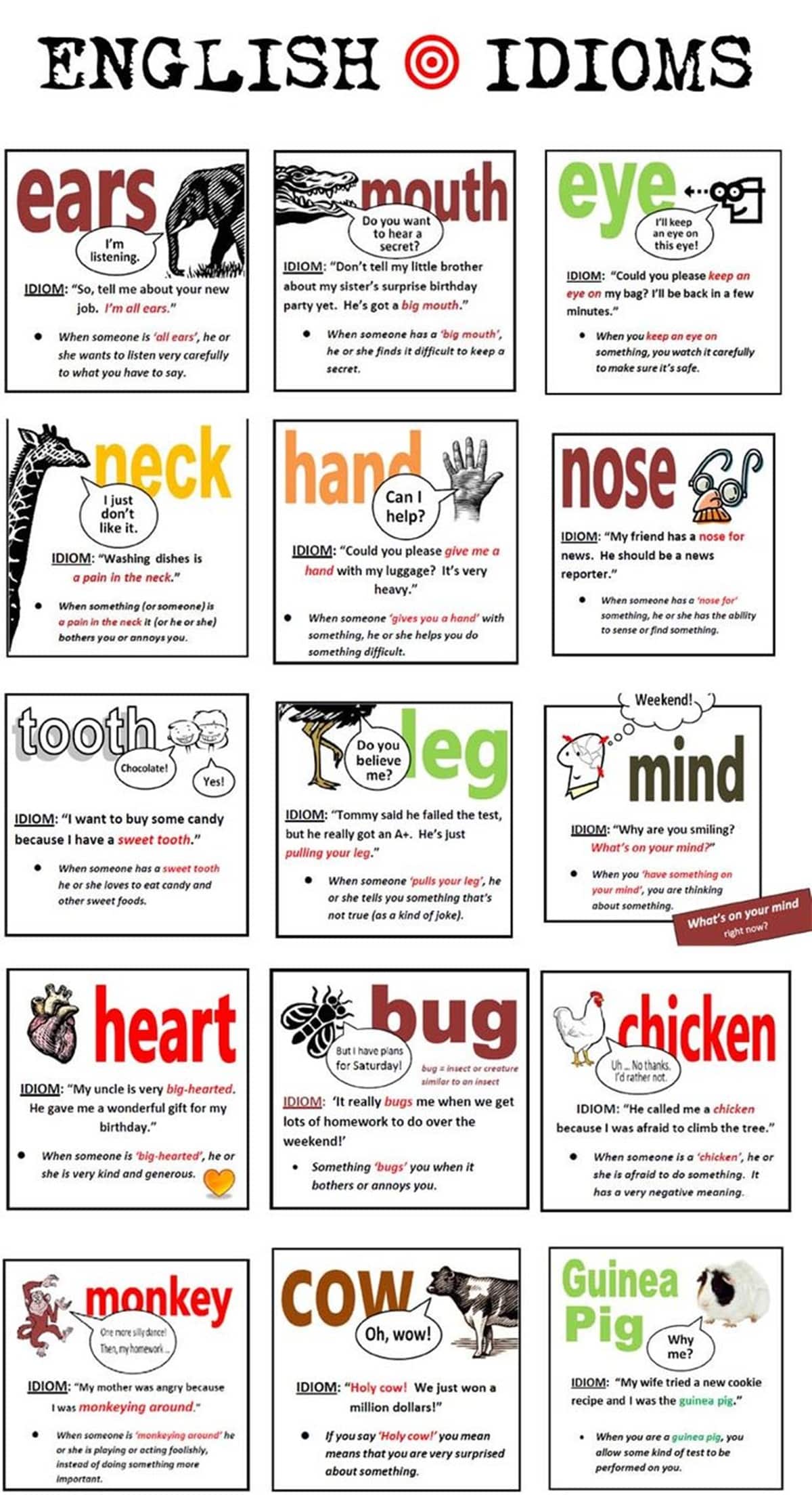 I knew most of them though I am not a native English Speaker. I was pretty shocked when I read the meaning of some idioms. It was kinda funny and at the same time nice. Nice work, though…. 🙂

is there any way to print this?