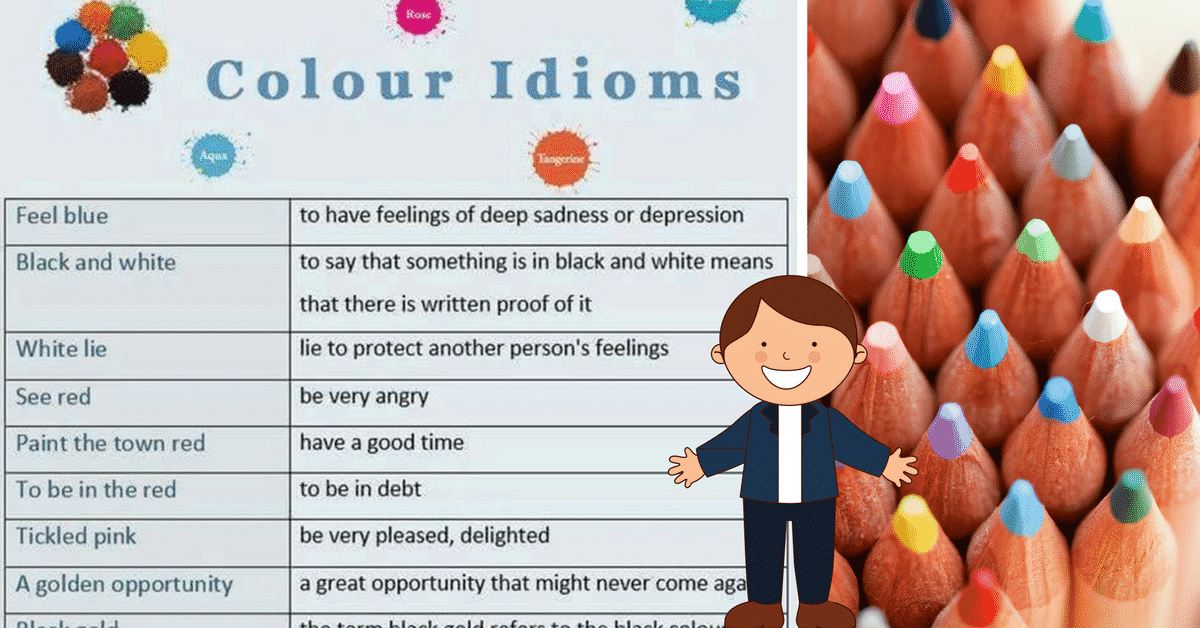 An idiom is a phrase whose meaning cannot be determined by the literal definition of the phrase itself. In this lesson, you will learn useful color idioms in English.

To be black and blue

Out of the blue

To have green fingers

To be/ To go purple with rase

To be the black sheep

To be green with envy 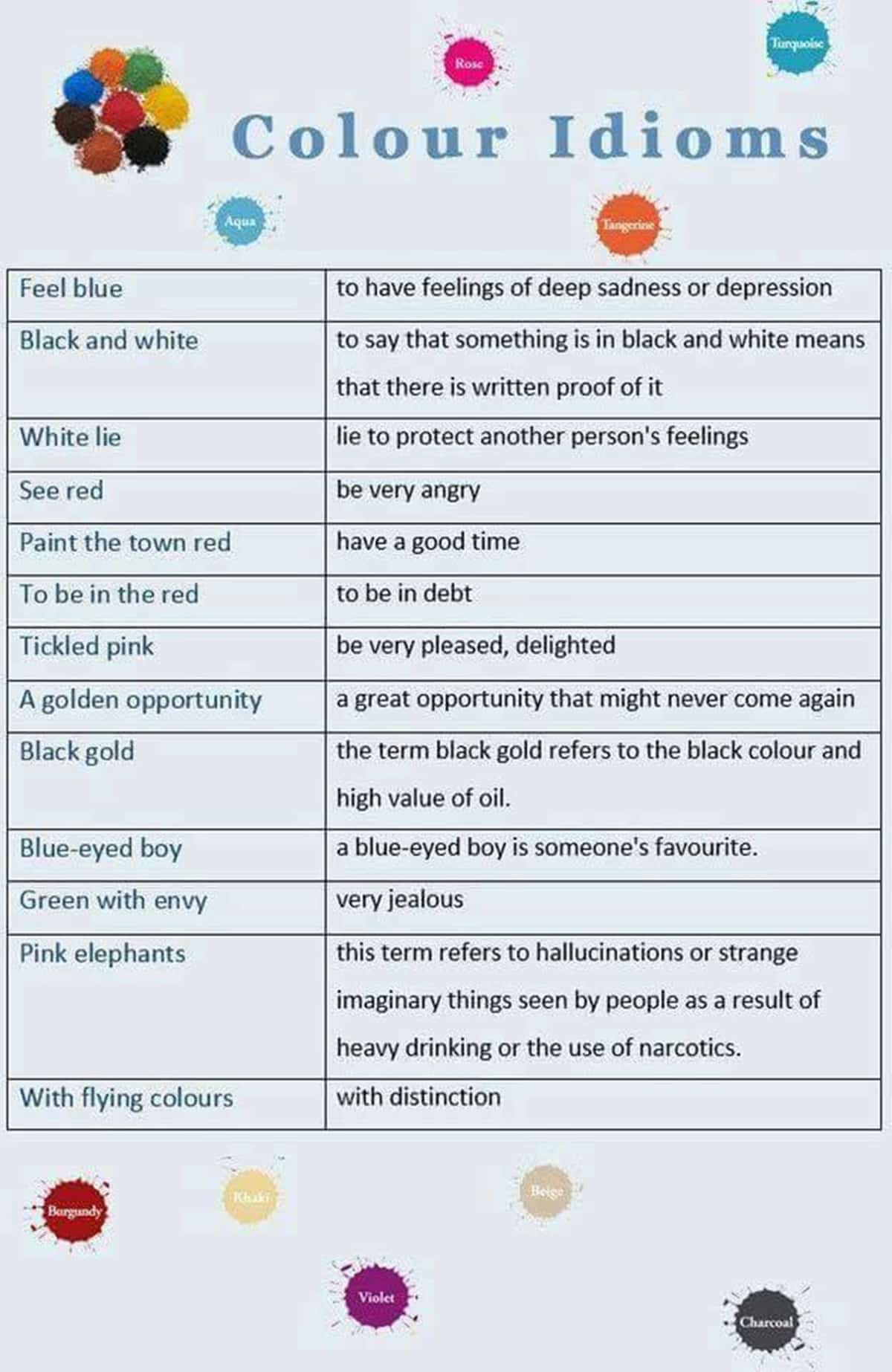 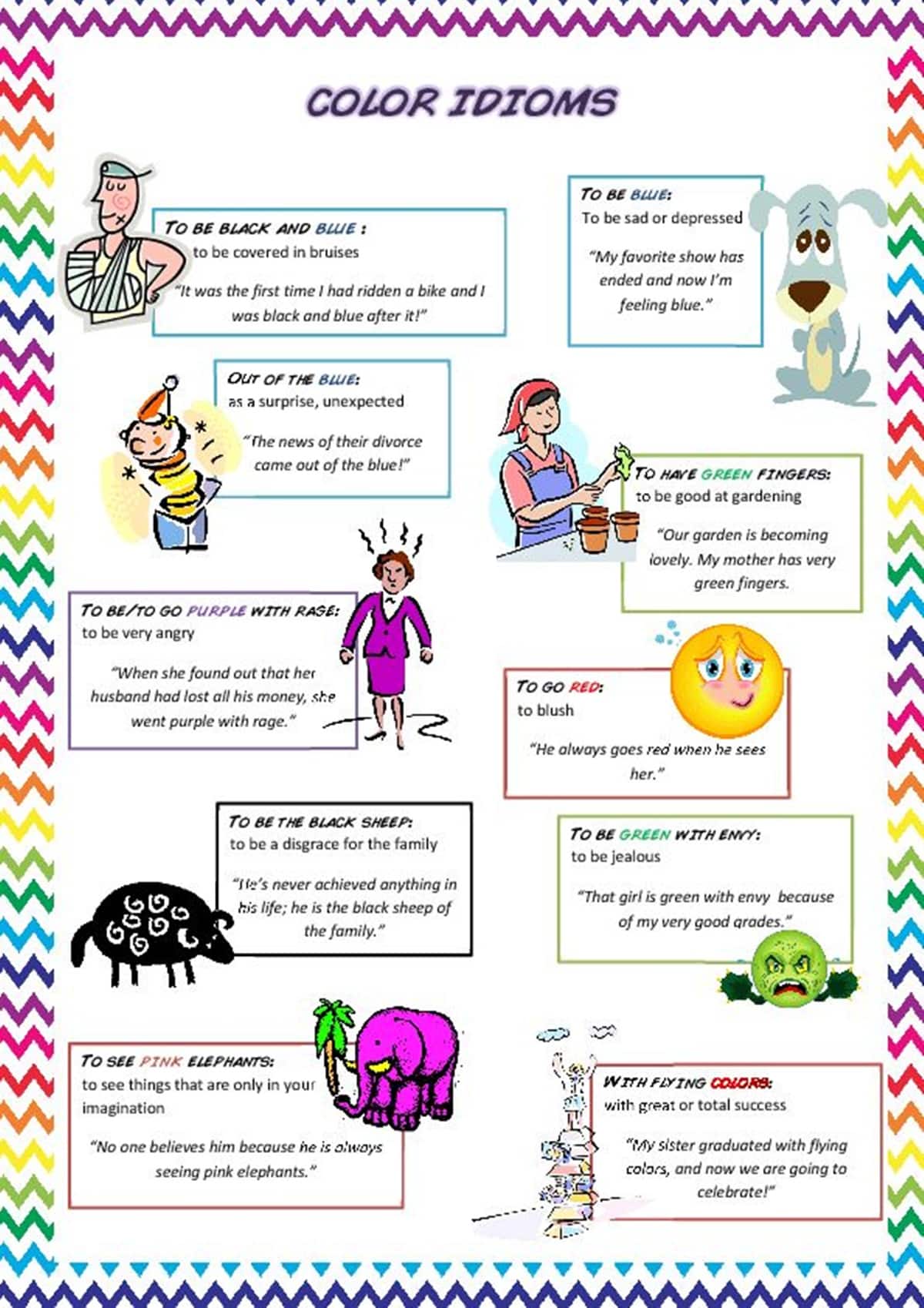 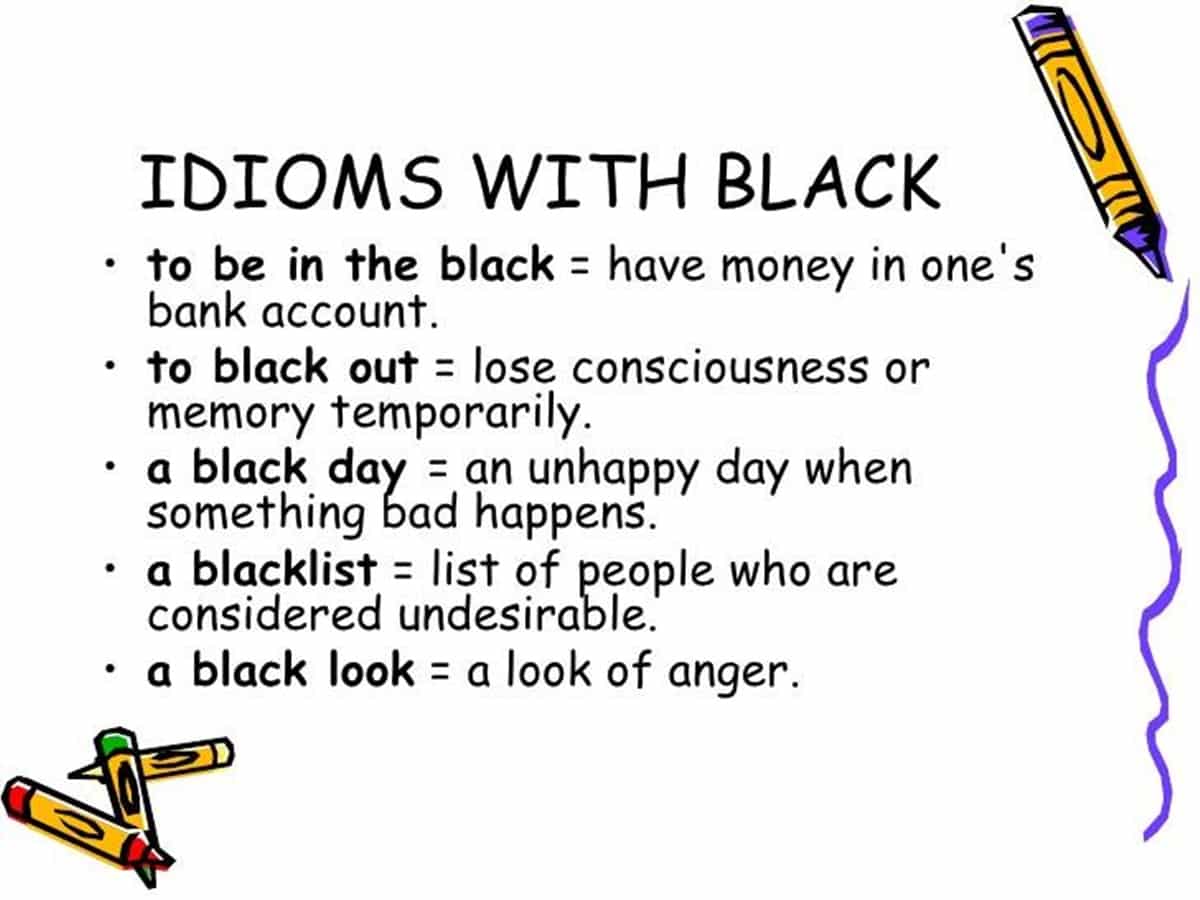 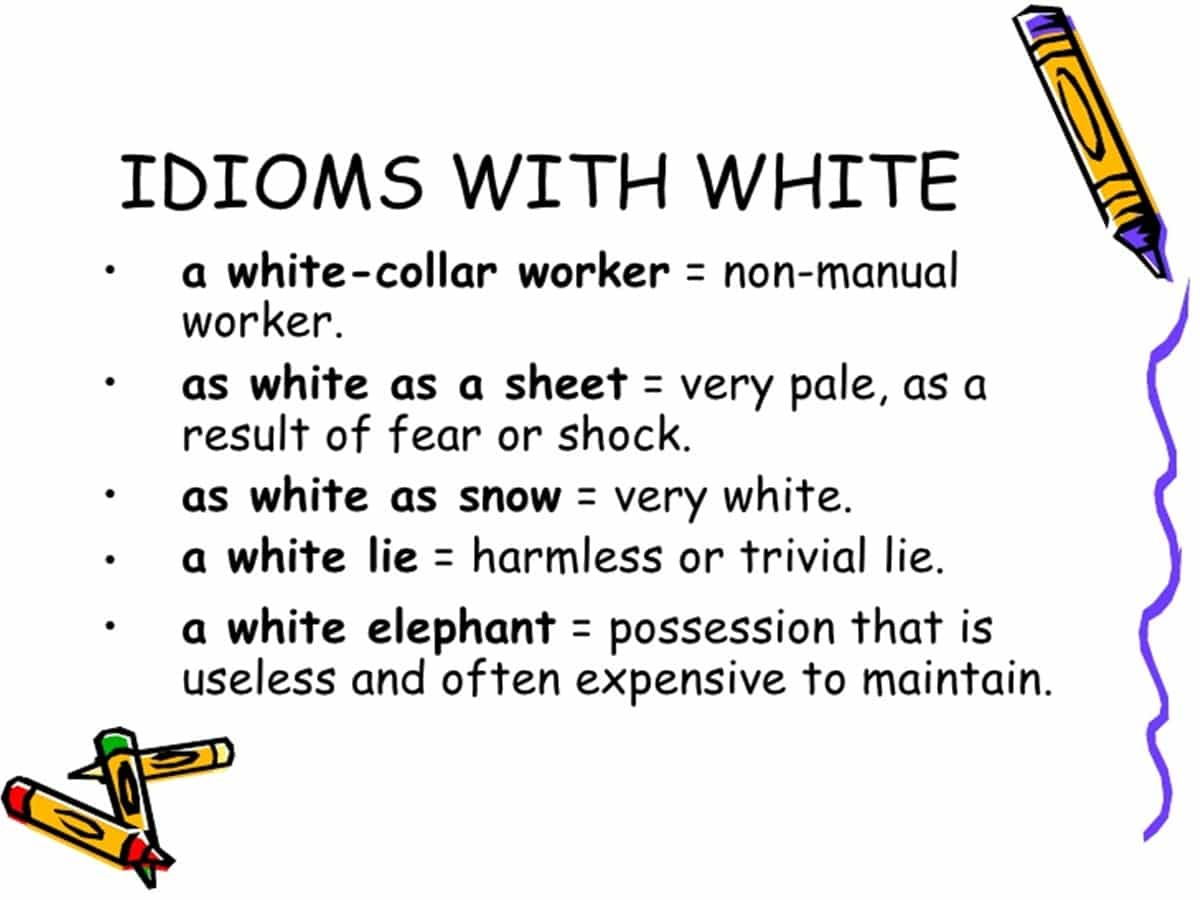 This page is really Impressive fir learning English in different innovative way. Thanks