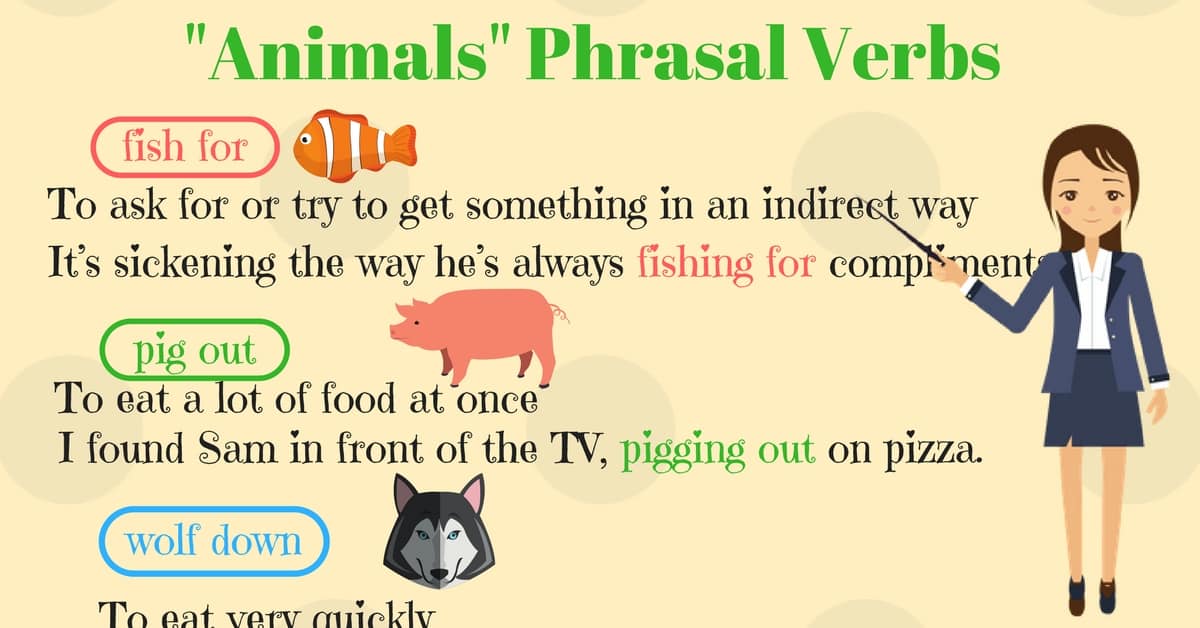 A number of phrasal verbs are formed by adding particles to the names of animals or verbs associated with animals. Following are some common animals phrasal verbs with their meaning and examples in English.

To eat a lot of food at once

E.g: I found Sam in front of the TV, pigging out on pizza and fries.

E.g: Jim changed quickly, took out some clothes for the next morning, then wolfed down his dinner.

To pull something out of liquid/ container

E.g: She fished a piece of paper out of the pile on her desk.

To use someone, or cling to s.o for personal gain, often not giving anything in return

E.g: David always leeches off Harry’s hard work and pretends the ideas are his own.

To behave in a stupid or careless way

E.g: Stop monkeying around and listen to me!

To leave quickly and unannounced

E.g: I’ll duck out to get something to eat and be right back.

To work very hard, especially at writing or calculating something

E.g: He’s been beavering away at his homework for hours.

To succeed in finding something such as a piece of information, that is difficult to find

E.g: Uncle Vernon ferreted out the laundry box from under the stairs.

To suddenly stop talking, especially when you are nervous or shy

E.g: The police took her in for questioning, but she clammed up when they asked about her

To make things so unpleasant for someone that they are forced to leave a place, job, …

E.g: The family were hounded out of their home by 18 months of abuse.

E.g: He kept rabbiting on about the environment.

To keep something in a safe place to use later

To decide at the last moment not to do something you said you would do, because you are afraid

E.g: We were going to go bungee jumping, but Sandra chickened out at the last minute. 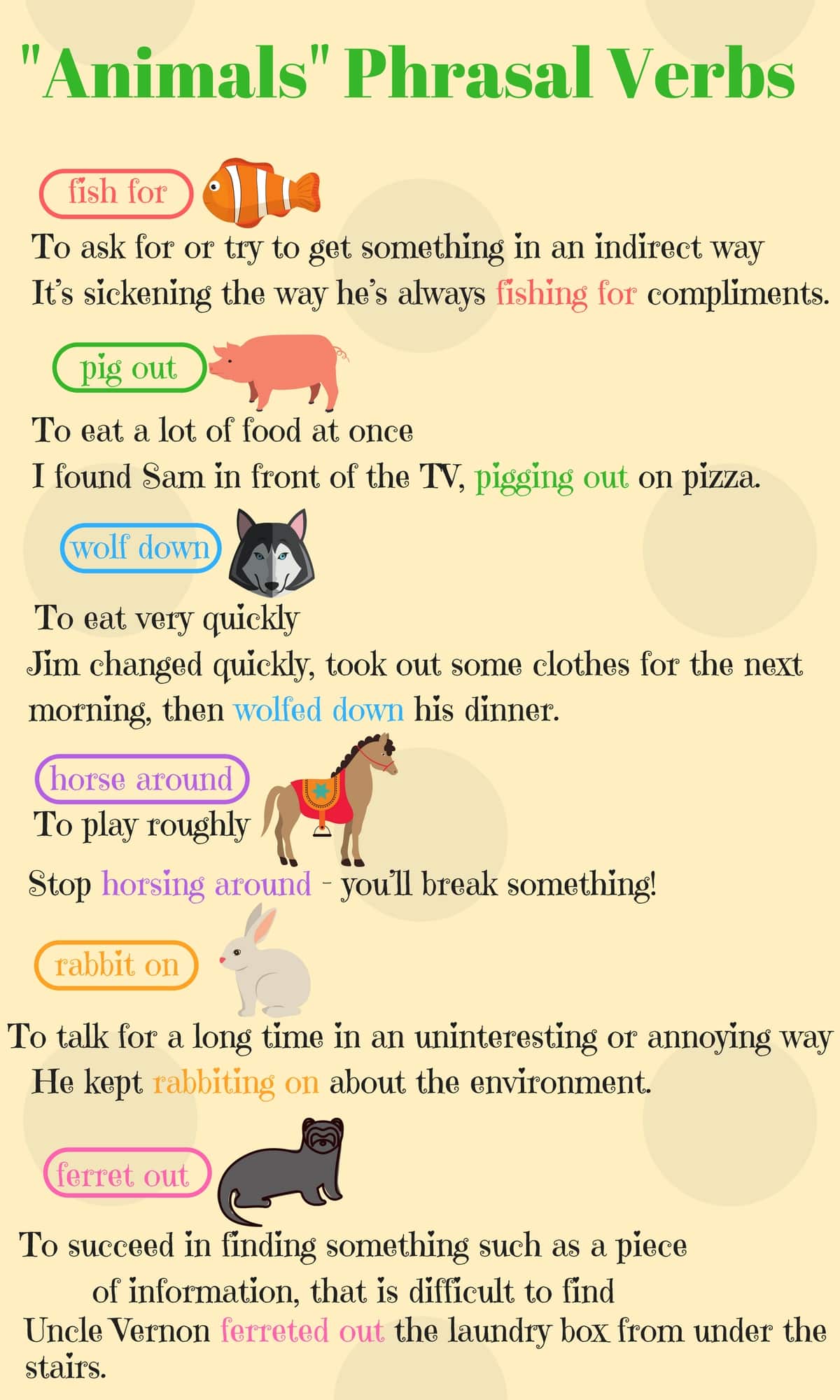 Thank you for buiding up my (foreigner’s) vocabulary! Stepping a bit aside off the buid (of these phrasal verbs) and focusing on literal meaning, they bow to idioms, as well, benefitting from the ways of stylistic devices (metaphors firstly) slightly.