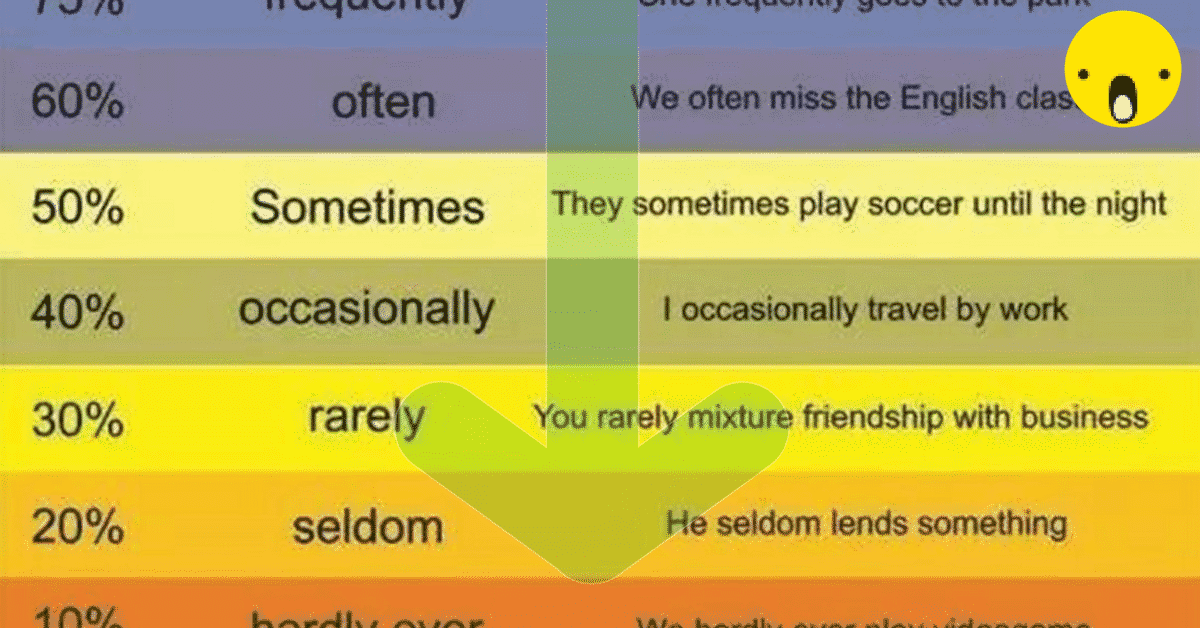 An adverb of frequency tells us how often something takes place.

Adverb of Frequency in English

The Position of the Adverb in a Sentence:

1. An adverb of frequency goes before a principal verb (except with To Be).

2. An adverb of frequency goes after the verb To Be.

3. Between the auxiliary and the principal verb. When the verb consists of an auxiliary verb, the frequency adverb goes after it.

1. Some frequency adverbs (e.g. usually, normally, often, frequently, sometimes and occasionally) can also go in the beginning or end of a sentence. For example:

2. The adverbs always, ever, never, seldom and rarely need to be placed before the verb. These adverbs cannot be placed in the beginning or end of a sentence.

4. Used to and have to are always placed after adverbs.

Adverbs of Frequency in English | Images 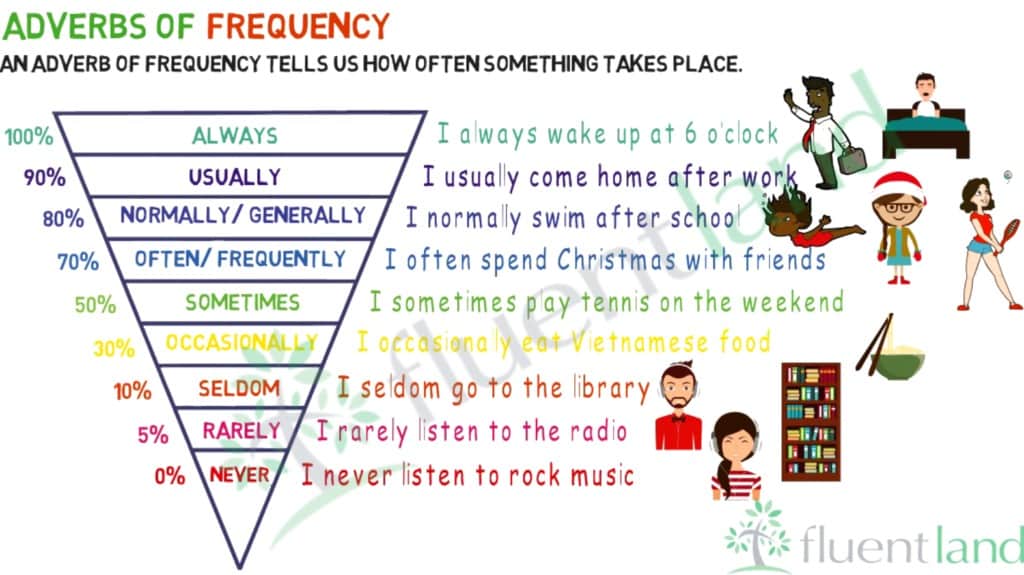 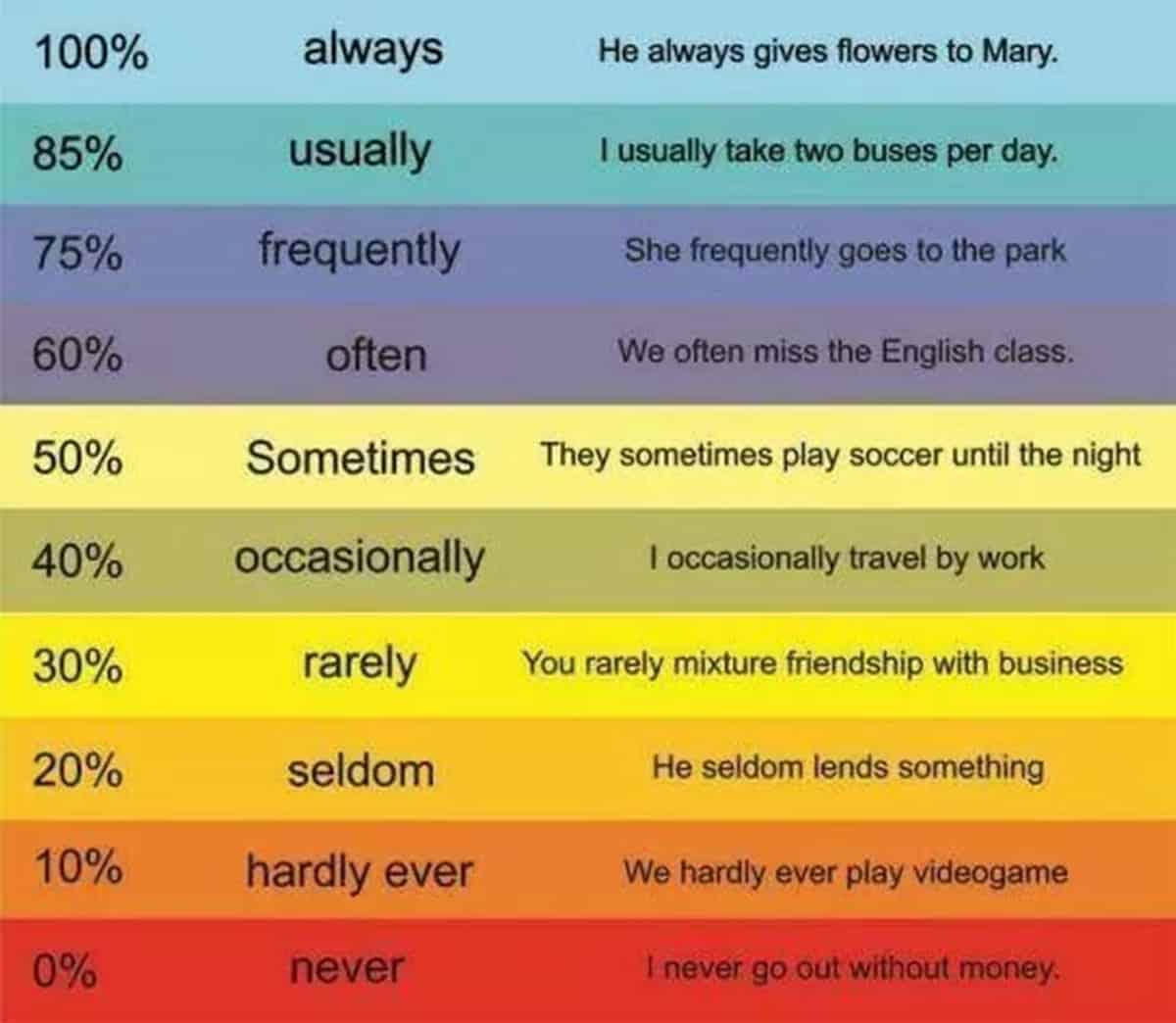 Thank you so much!! Very helpful, so useful grammar items discussed professionally.