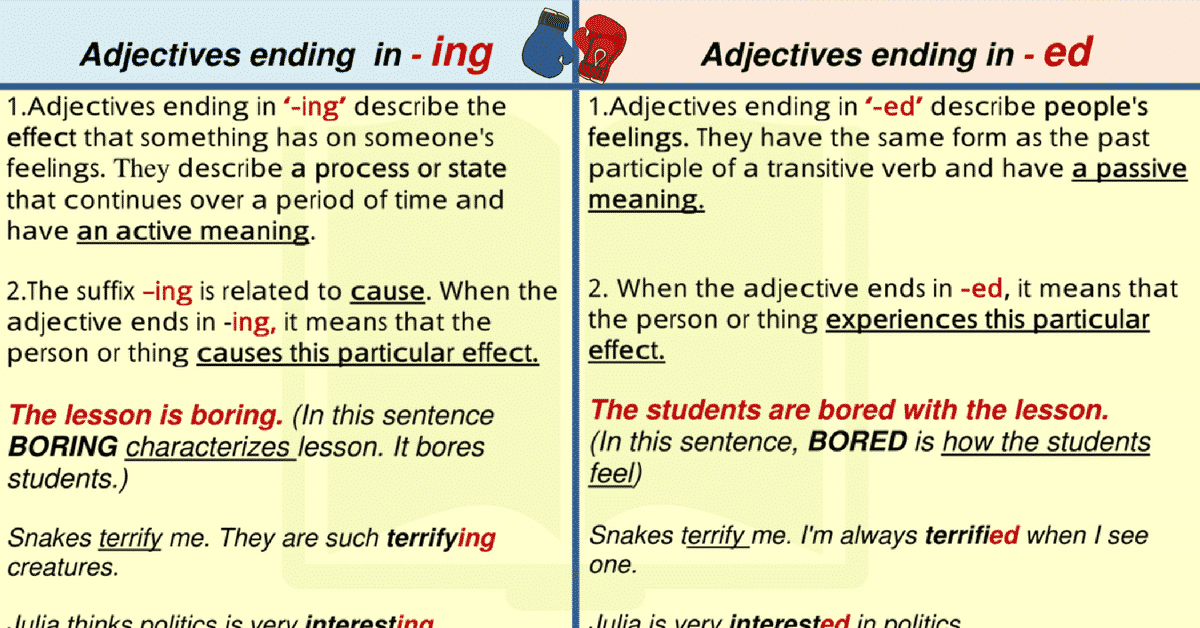 Learn the difference between Adjectives Ending in -ED and -ING with useful rules and examples.

We can use the following words before adjectives ending in -ING and -ED: extremely, quite, very, not very, not… 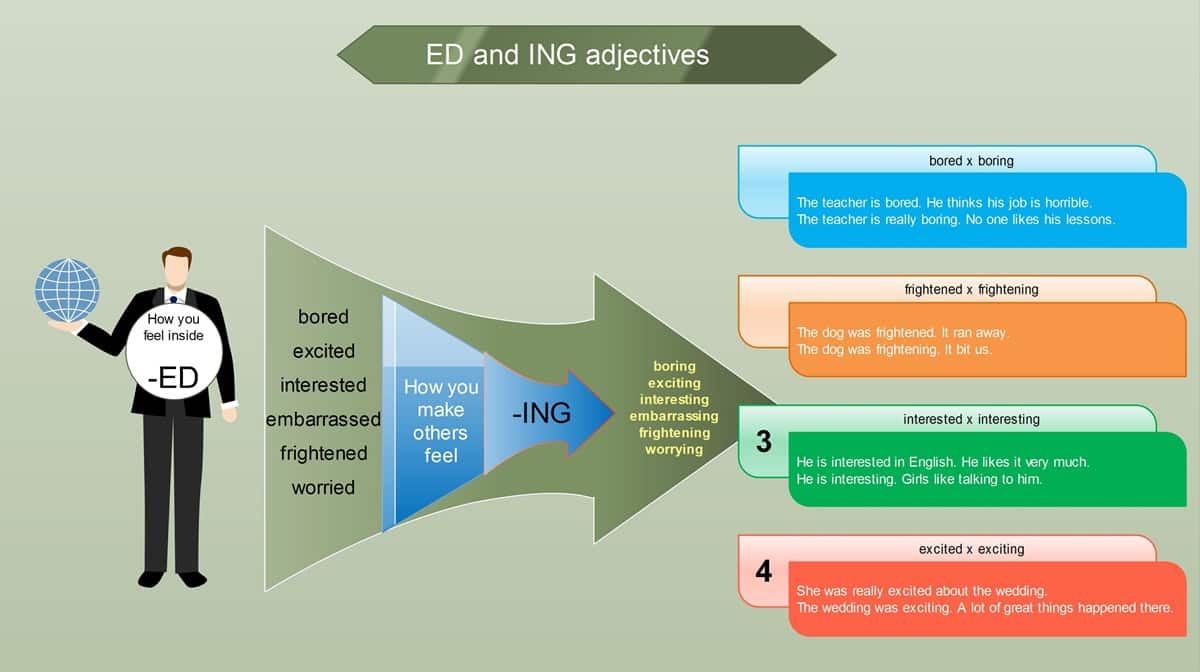 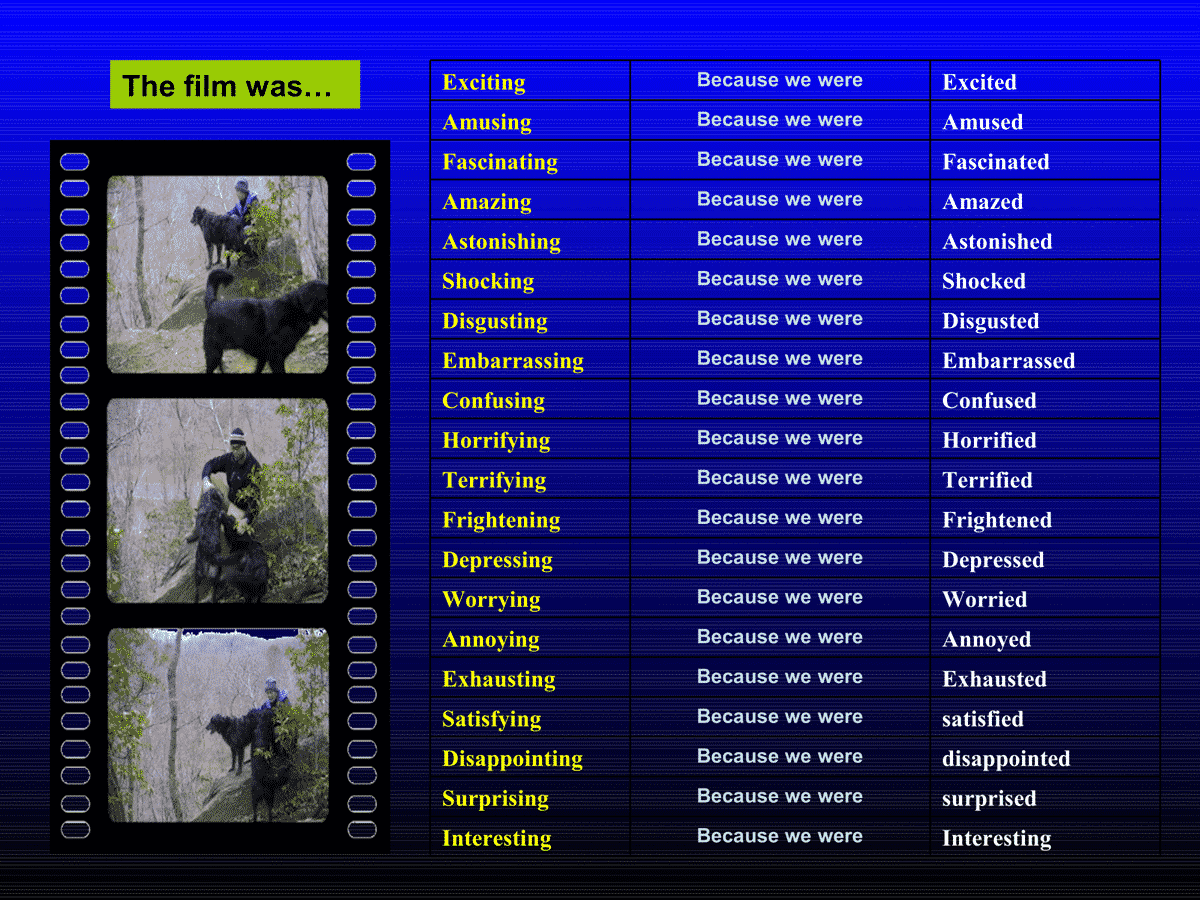 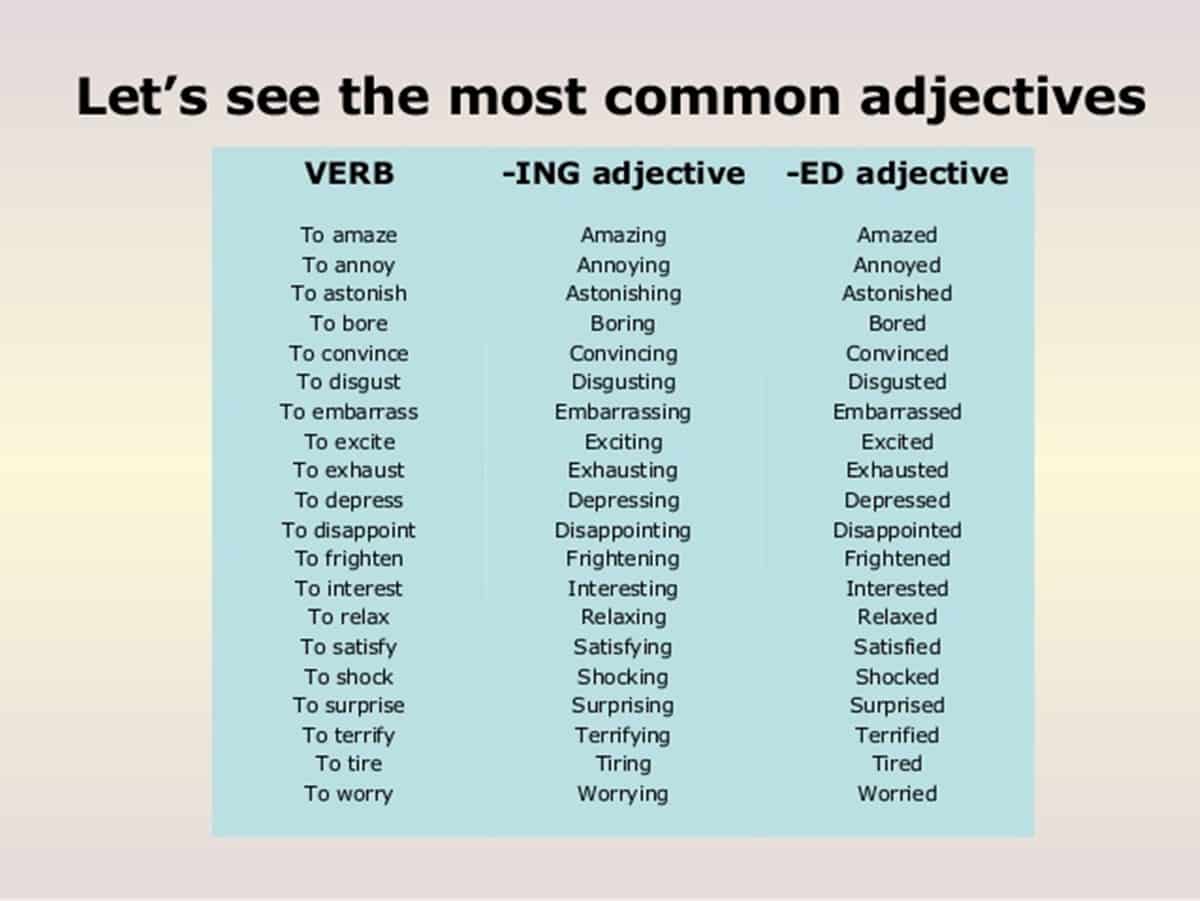 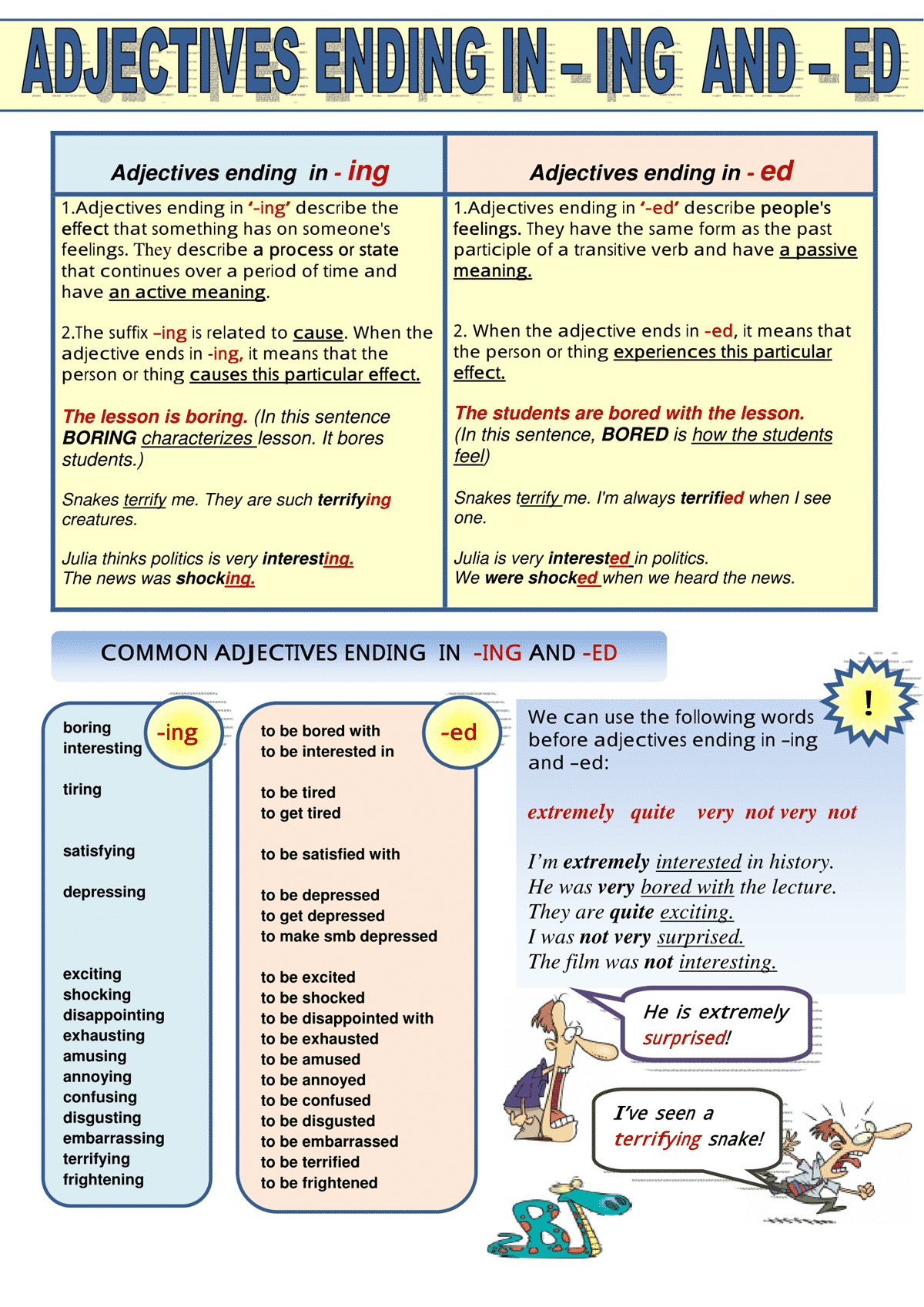