Common Mistakes!!! Listed below are the most common mistakes made by ESL Students.

A person’s title is capitalized when it precedes the name and, thus, is seen as part of the name; once the title occurs, further references to the person holding the title appear in lowercase [e.g., the president]. For groups or organizations, the name is capitalized when it is the full name (e.g. the United States Department of Justice); further references should be written in lowercase( e.g. the department). In general, the use of capital letters should be minimized as much as possible. 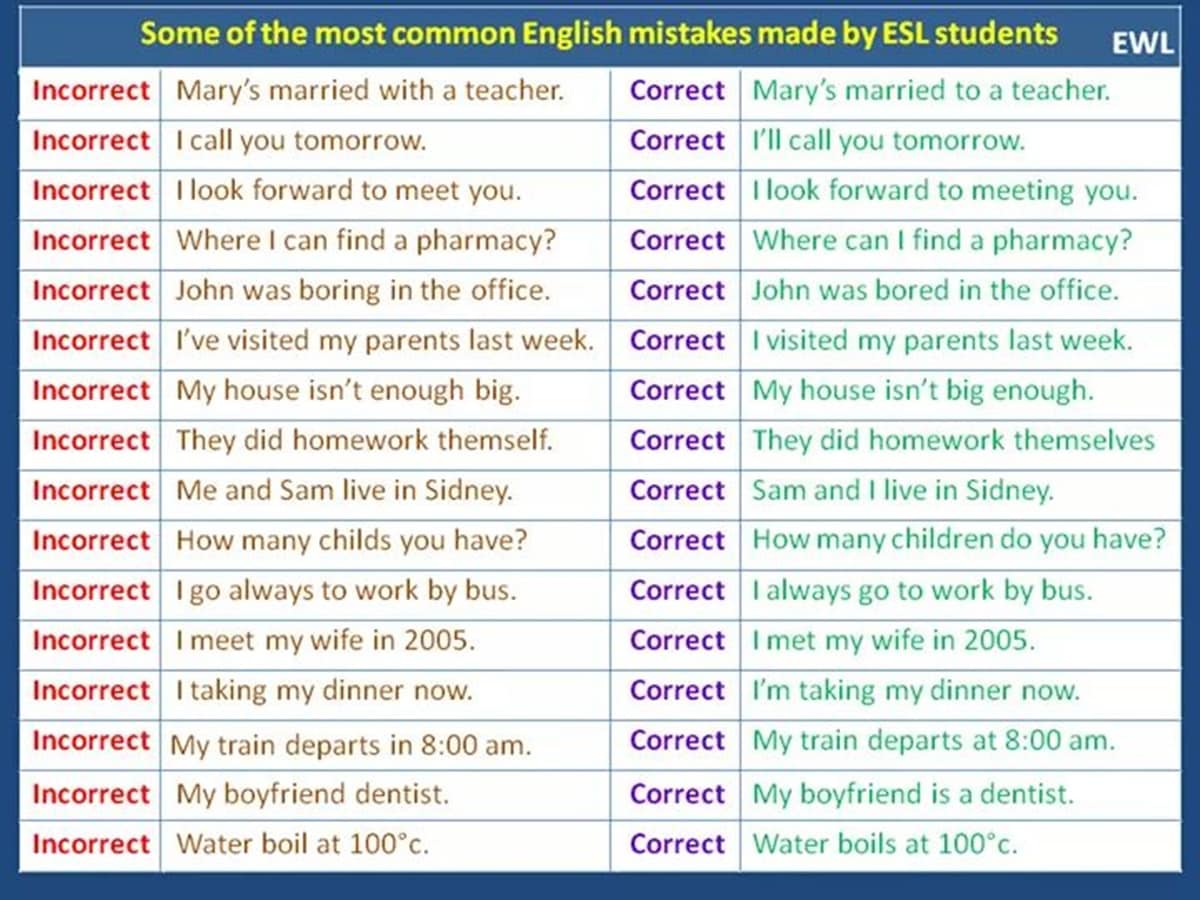 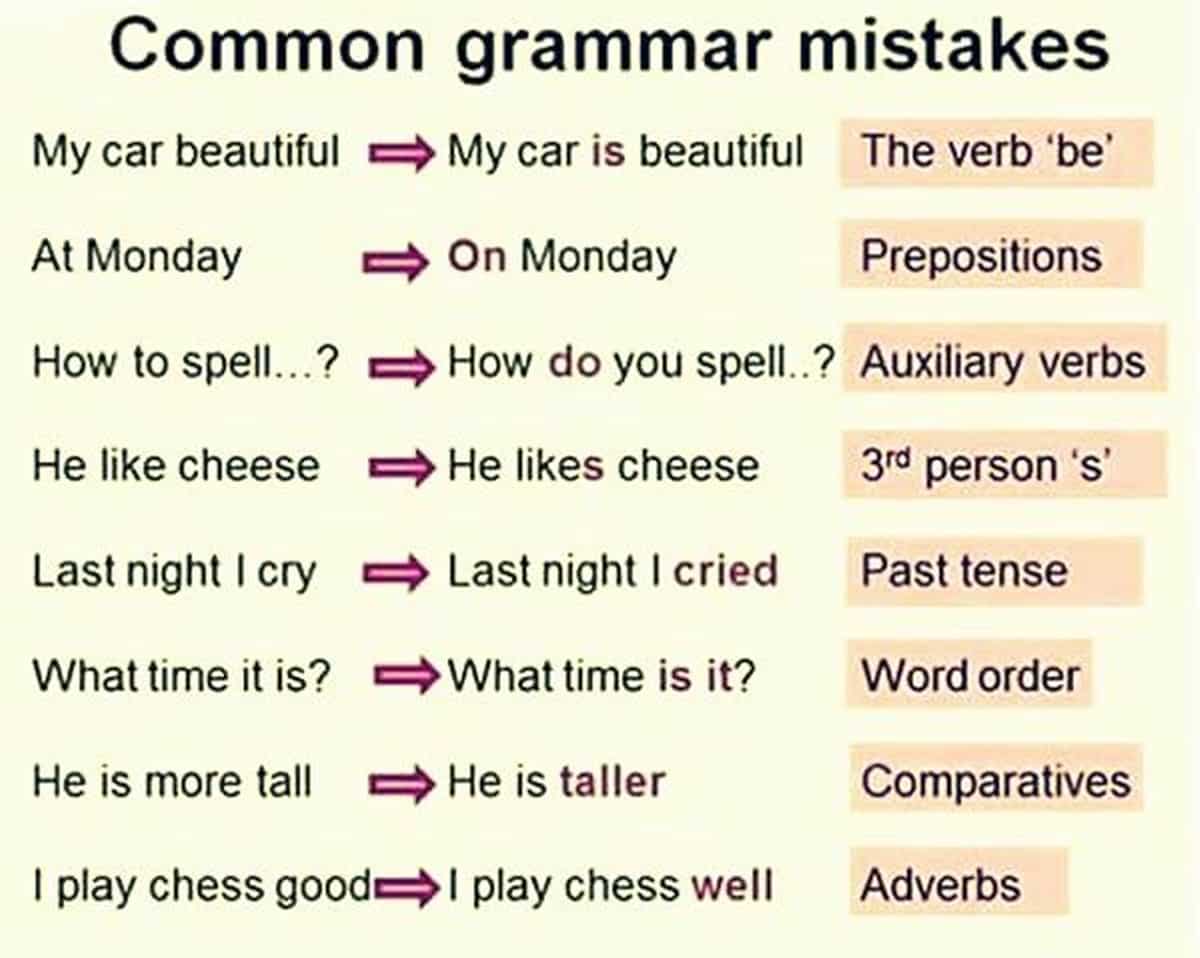 Words, such as “but,” “and,” “yet,” join grammatically similar elements [i.e., two nouns, two verbs, two modifiers, two independent clauses]. Be sure that the elements they join are equal in importance and in structure.

A participial phrase at the beginning of a sentence must refer to the grammatical subject of the sentence.

Place commas around words, phrases, or clauses that interrupt a sentence. Do not use commas around restrictive clauses, which provide essential information about the subject of the sentence.

Always include a referent with “this,” such as “this theory…” or “this approach to understanding the….” With no referent, “this” can confuse the reader.

The “existential it” gives no reference for what “it” is. Be specific! 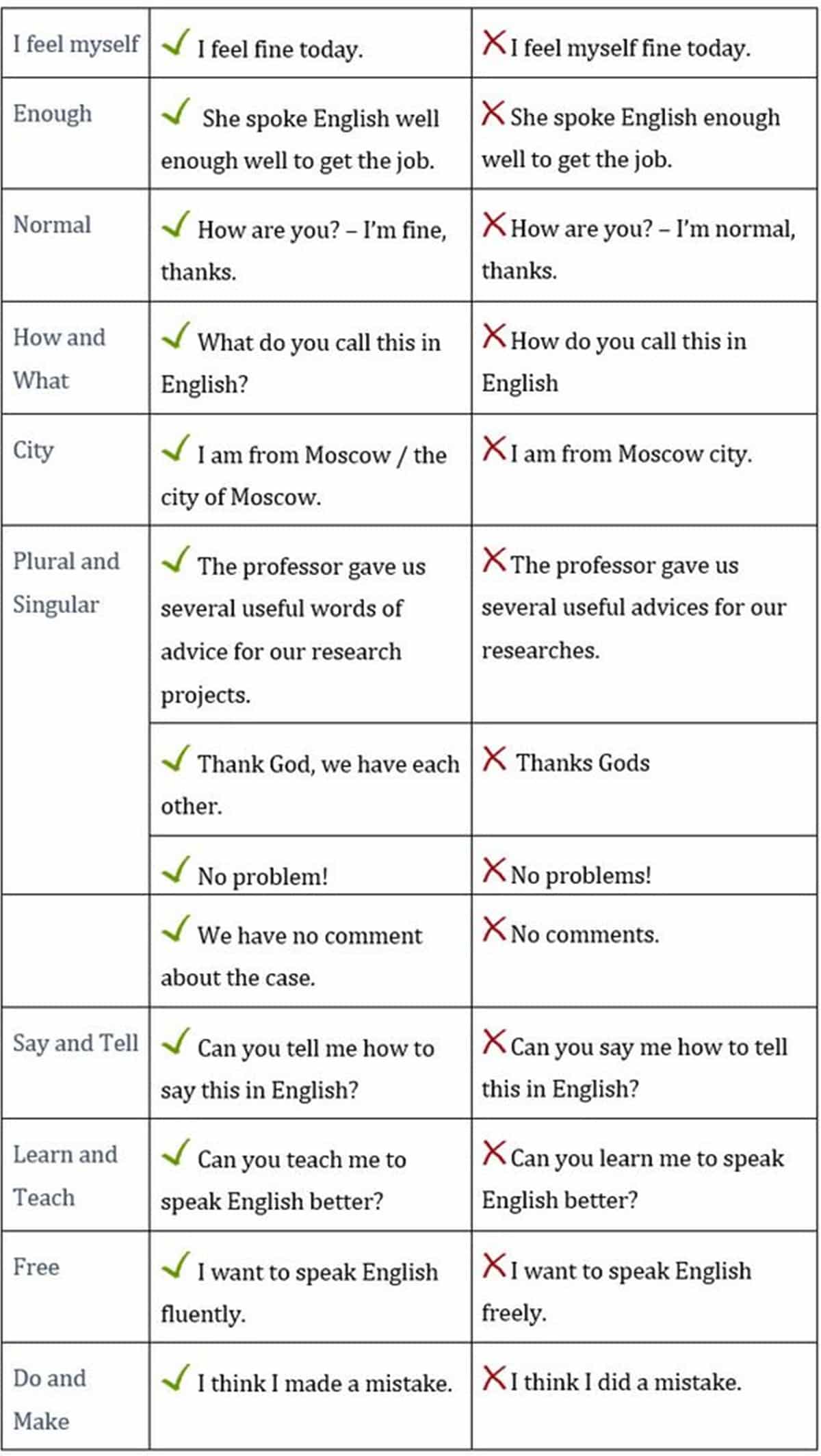 “Its” is the possessive form of “it.” “It’s” is the contraction of “it is” or “it has.” They are not interchangeable and the latter should be avoided in scholarly writing.

This clause or phrase modifies the subject of the sentence, but it is not essential to understanding the sentence. The word “which” is the relative pronoun usually used to introduce the nonrestrictive clause.

When using words like “each,” “every,” “everybody,” “nobody,” or “anybody” in a sentence, we’re likely thinking about more than one person or thing. But all these words are grammatically singular: they refer to just one person or thing at a time. And unfortunately, if you change the verb to correct the grammar, you create a pedantic phrase like “he or she” or “his or her.”

An infinitive is the form of a verb that begins with “to.” Splitting an infinitive means placing another word or words between the “to” and the infinitive verb. This is considered incorrect by purists, but nowadays it is considered a matter of style rather than poor grammar. Nevertheless, in academic writing, it’s best to avoid split infinitives. 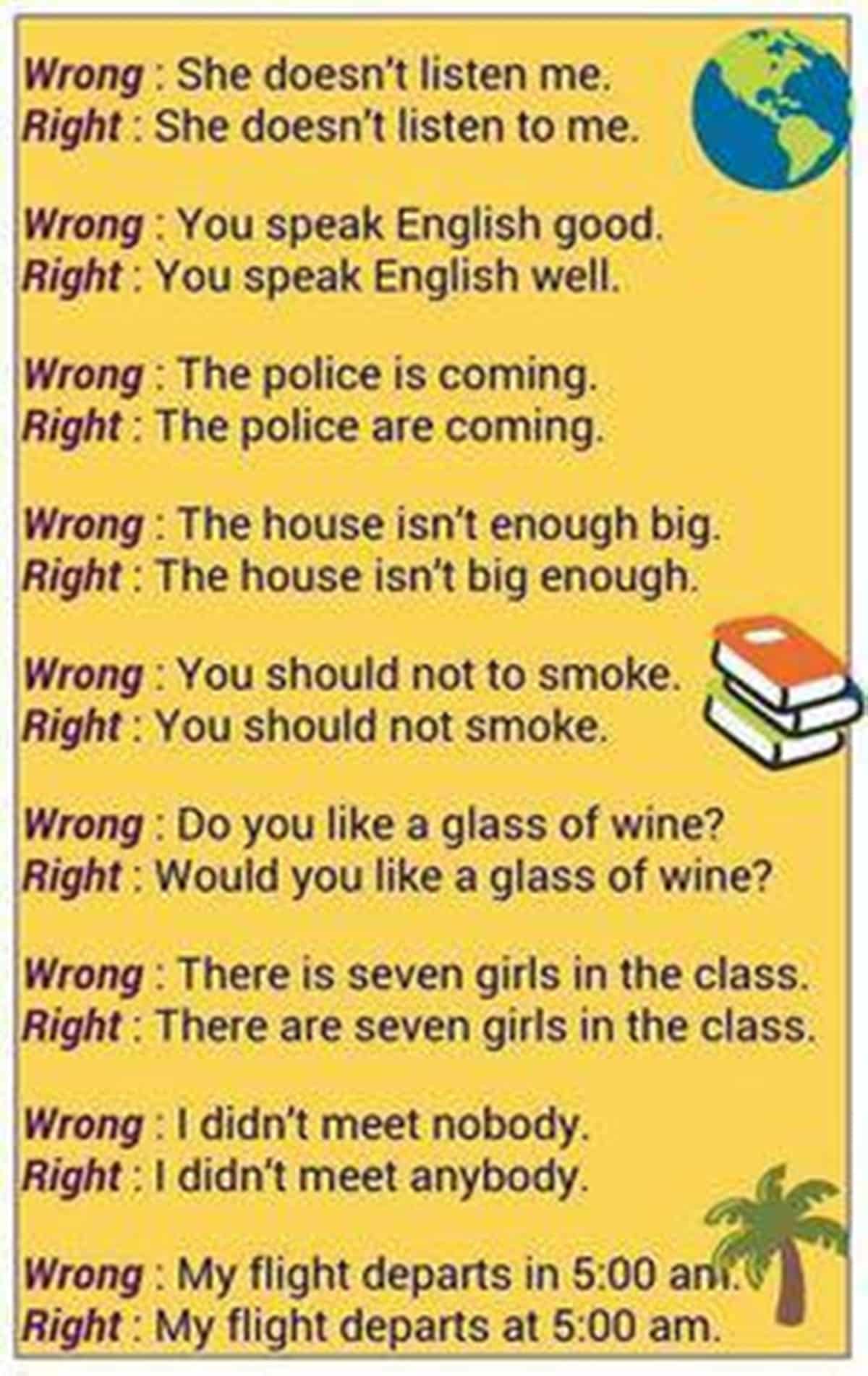 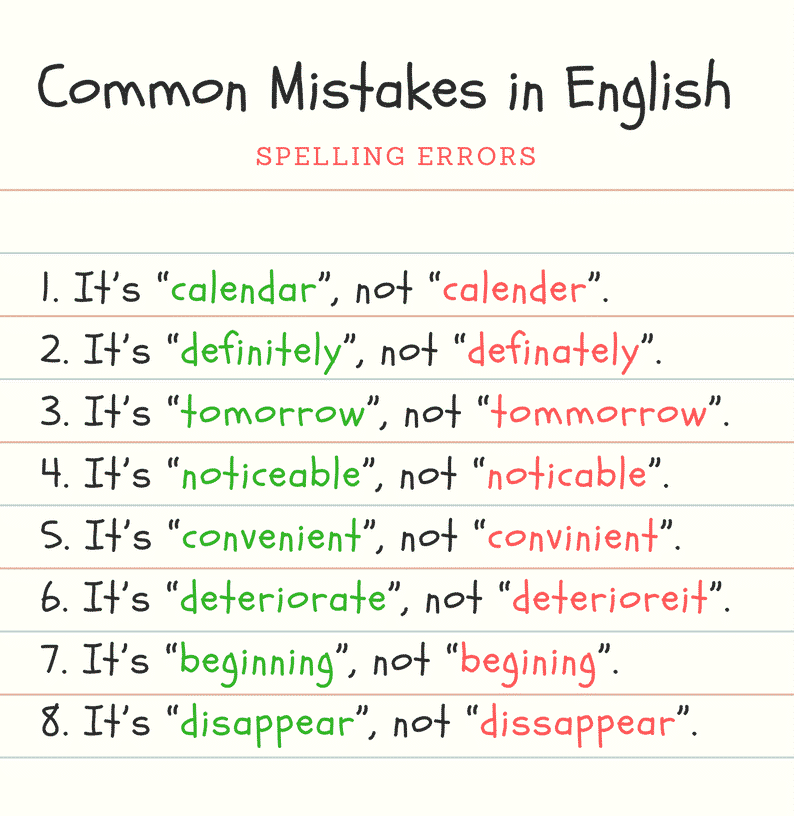 There are two types of subject/pronoun disagreements. Shifts in number refer to the shifting between singular and plural in the same sentence. Be consistent. Shifts in person occurs when the person shifts within the sentence from first to second person, from second to third person, etc.

This refers to keeping the same tense [past, present, future] throughout a clause. Do not shift from one tense to another if the time for each action or event is the same. Note that, when referring to separate actions or events, the tenses may be different.

Who is used as the subject of the clause it introduces; whom is used as the object of a preposition, as a direct object, or as an indirect object. A key to remembering which word to use is to simply substitute who or whom with a pronoun. If you can substitute he, she, we, or they in the clause, and it still sounds okay, then you know that who is the correct word to use. If, however, him, her, us, or them sounds more appropriate, then whom is the correct choice for the sentence.

The position of an apostrophe depends upon whether the noun is singular or plural. For singluar words, add an “s” to the end, even if the final letter is an “s.” For contractions, replace missing letters with an apostrophe; but remember that it is where the letters no longer are, which is not always where the words are joined [e.g., “is not” and “isn’t”]. Note that contractions are rarely used in scholarly writing.

Passive voice, use of the to be verb, is a lost opportunity to use a more interesting and accurate verb when you can. Adjectives can also be used very specifically to add to the sentence. Try to avoid generic or bland adjectives and be specific. Use adjectives that add to the meaning of the sentence.

A comma splice is the incorrect use of a comma to connect two independent clauses (an independent clause is a phrase that is grammatically and conceptually complete: that is, it can stand on its own as a sentence). To correct the comma splice, you can: replace the comma with a period, forming two sentences; replace the comma with a semicolon; or, join the two clauses with a conjunction such as “and,” “because,” “but,” etc. 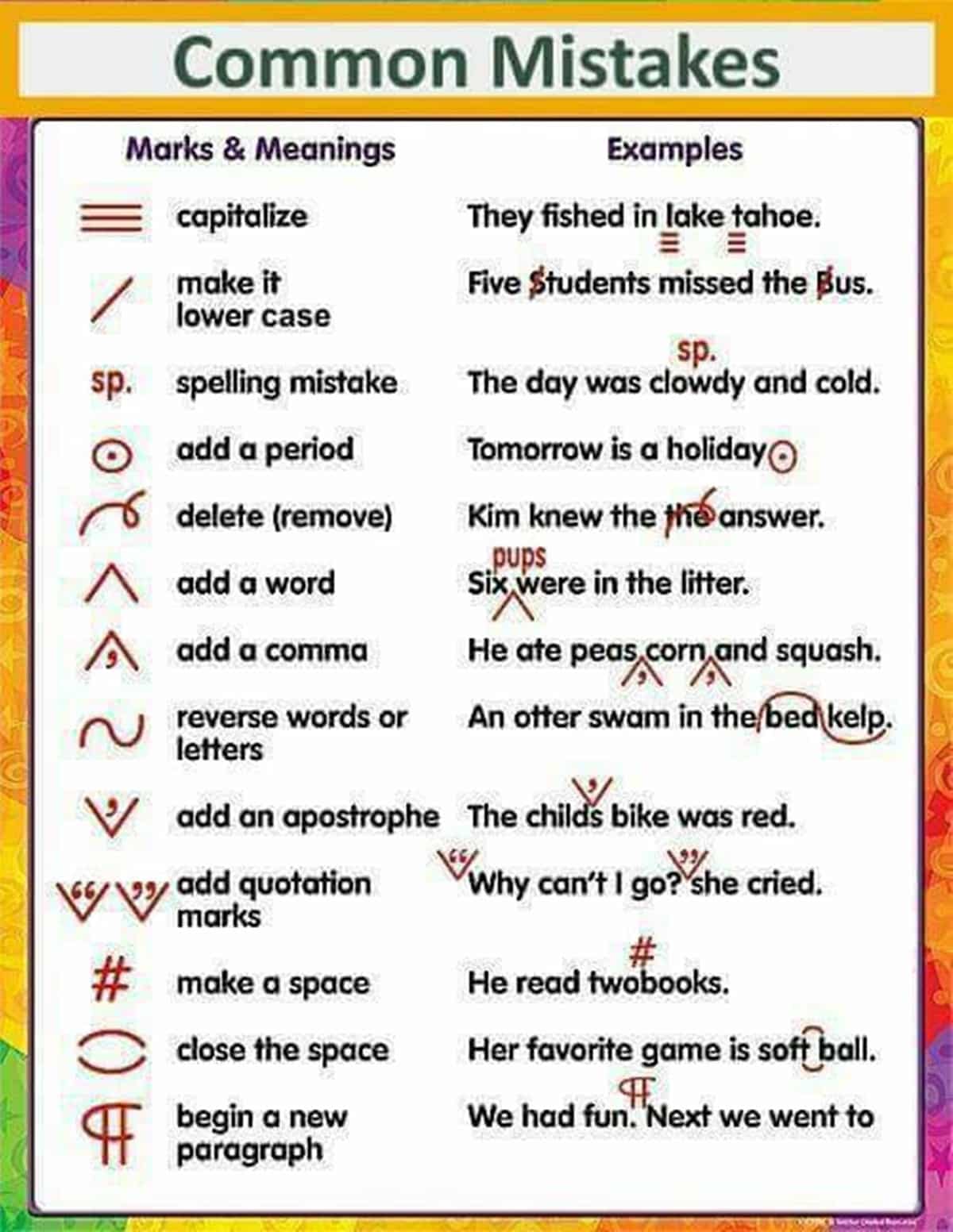