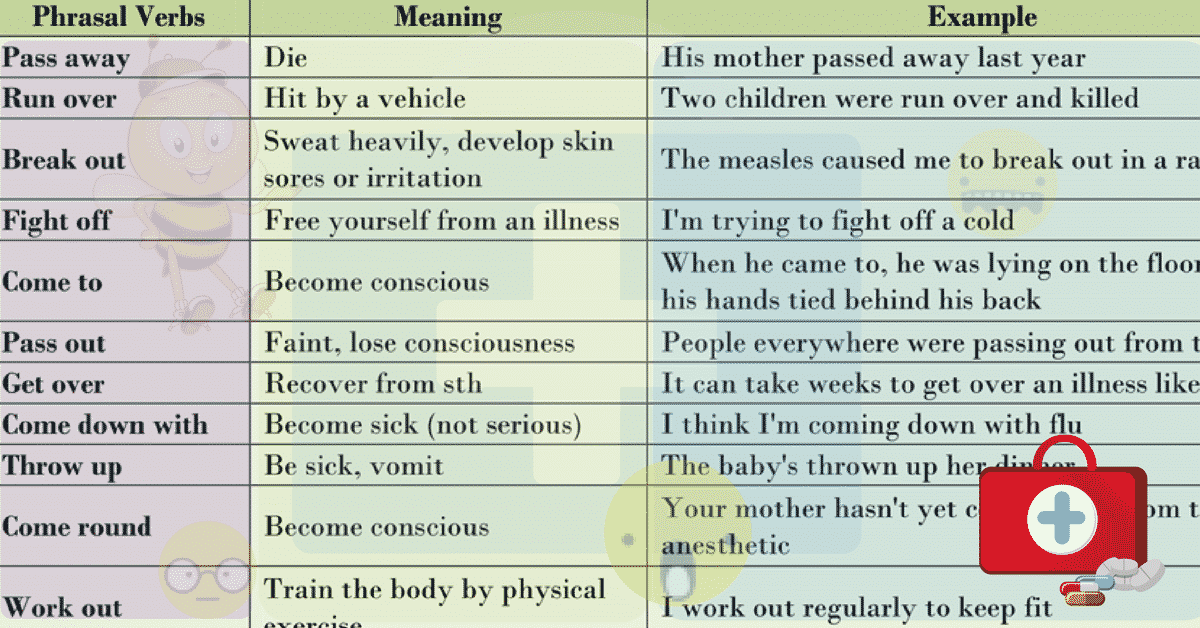 Learn English Phrasal Verbs in Use: Health, Crime, in the Kitchen, Environment and Animals.

Phrasal verb is the name given to an English verb which is composed of two or three words.

E.g: I was going to go bungee jumping but I chickened out at the last minute.

E.g: If I can I’ll duck out to get something to eat.

E.g: The telephone caller was fishing for too much information, so I hung up.

E.g: She fished a piece of paper out of the pile on her desk.

E.g: He was horsing around in the kitchen and broke my favorite bowl.

E.g: He’s leeching off the abilities of others.

E.g: Kids tend to pig out on junk food.

E.g: Don’t wolf down an entire chocolate cake; you will get indigestion.

E.g: We just monkeyed around all afternoon.

E.g: She was beavering away at his homework until after midnight.

E.g: I had to ferret out all the information for myself. 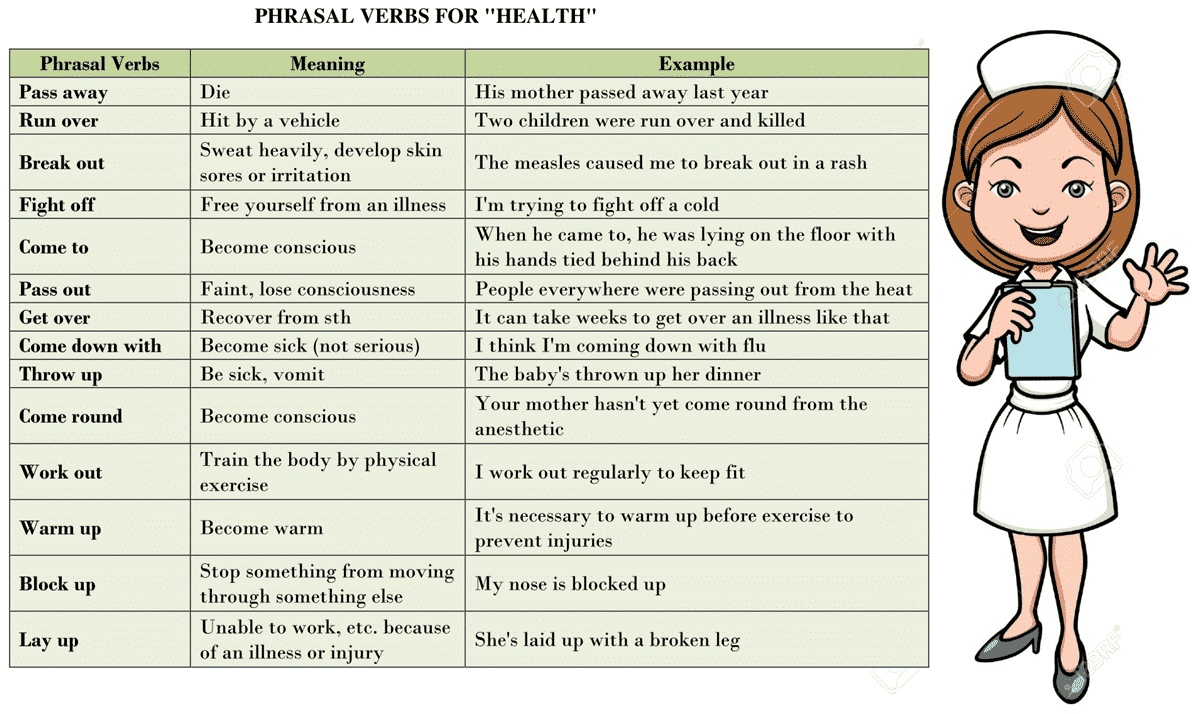 Phrasal Verbs: In the Kitchen

E.g: She baked off the cakes in the oven.

E.g: The soup’s almost boiled away.

E.g: Spinach tends to boil down a lot.

E.g: The milk was boiling over on the stove behind her.

E.g: She bolted down her lunch and rushed back to work.

E.g: You should cut the tops off the carrots first.

E.g: She cut several pieces of pastry out.

E.g: He cut the pie up into little pieces.

E.g: Let’s fry some chicken up for dinner.

E.g: Most of the time he just picks at his food.

E.g: Kids pigging out on junk food and soda.

E.g: She sliced off a piece of sausage.

E.g: She whipped up a delicious lunch for us in 15 minutes.

E.g: Whole villages were wiped out by the earthquake.

E.g: A plastic pot may take more than a million years to be broken down.

E.g: The British Army intends to scale back on its use of petrol-driven vehicles and soon we may seeing British soldiers going to war on bicycles.

E.g: Don’t throw away your grass clippings; leave them on your lawn.

E.g: What will we do when we run out of gas?

E.g: This species has nearly died out because its habitat is being destroyed.

E.g: Because our population is so densely concentrated, a new disease like bird flu can spread out very quickly after the first case has appeared.

E.g: We won’t have to rely on power companies if we use solar and wind power instead.

E.g: Someone broke into my car and stole the radio.

E.g: Three men have broken out of a top-security jail.

E.g: Two men were arrested after police were tipped off about the raid.

E.g: Detectives had been staking out the house for several weeks.

E.g: Two men were brought in for questioning.

E.g: Rapists should be locked up.