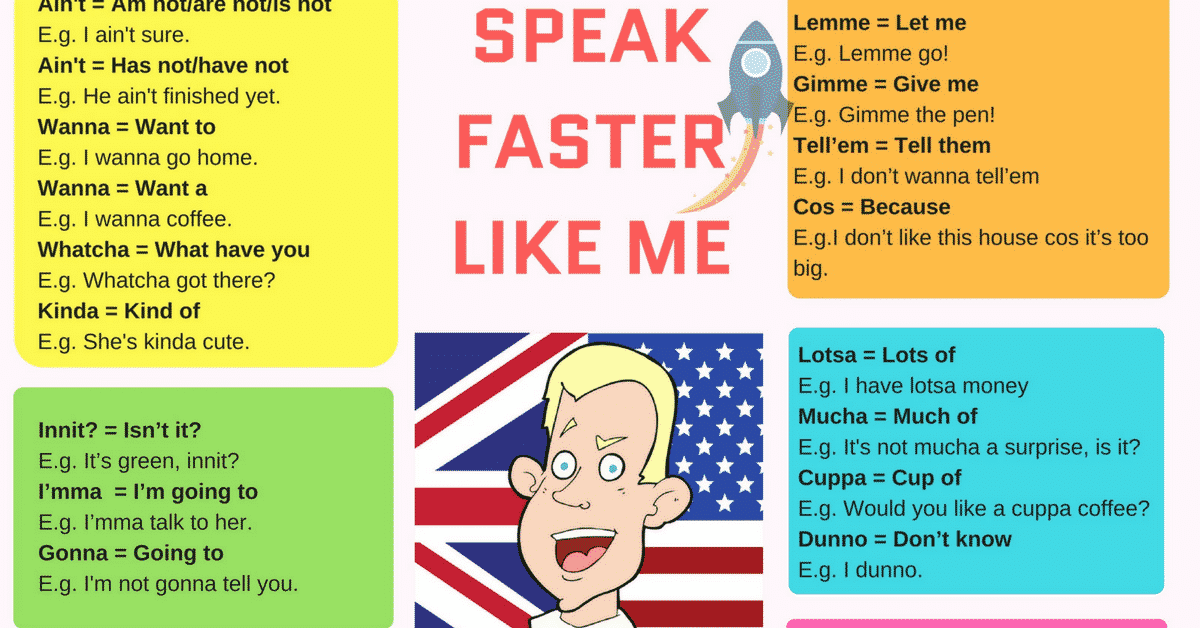 Do You Want to Speak English FASTER?

A contraction is a shortened version of the written and spoken forms of a word, syllable, or word group, created by omission of internal letters and sounds.

Here is the list of informal contraction that you should learn to speak English faster:

5. Whatcha = What have you
E.g. Whatcha got there?

30. Shoulda = Should have
E.g. I shoulda called yesterday

35. Woulda = Would have
E.g. He woulda arrived earlier.

36. Mighta = Might have
E.g. You mighta left the phone at the airport.

39. Mussna = Must not have
E.g. She mussna stolen the money 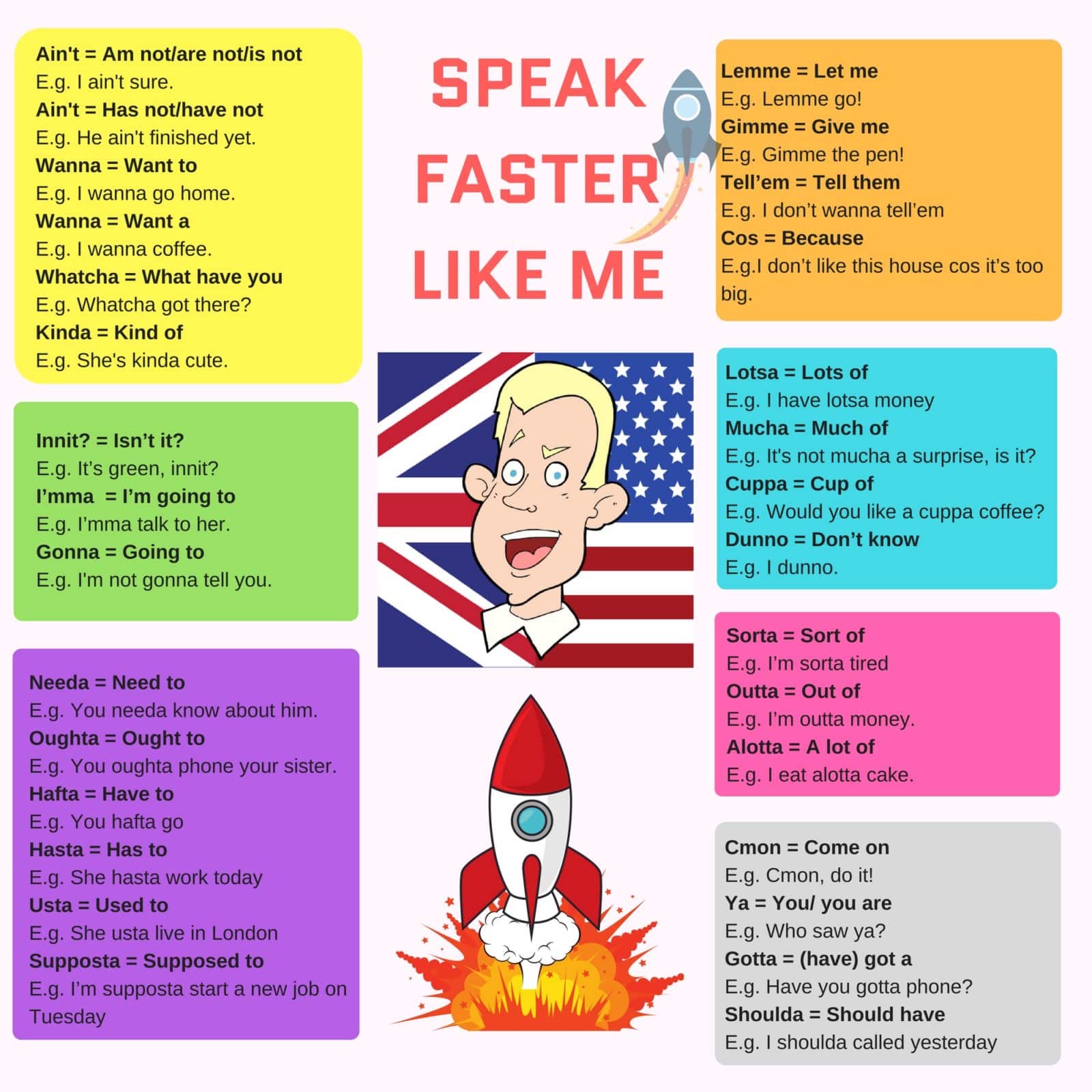 Thanks a lot .I am searching last 1 year.Now I am happy ,thAnks a lot

I think I like this. I wanna get updated always.