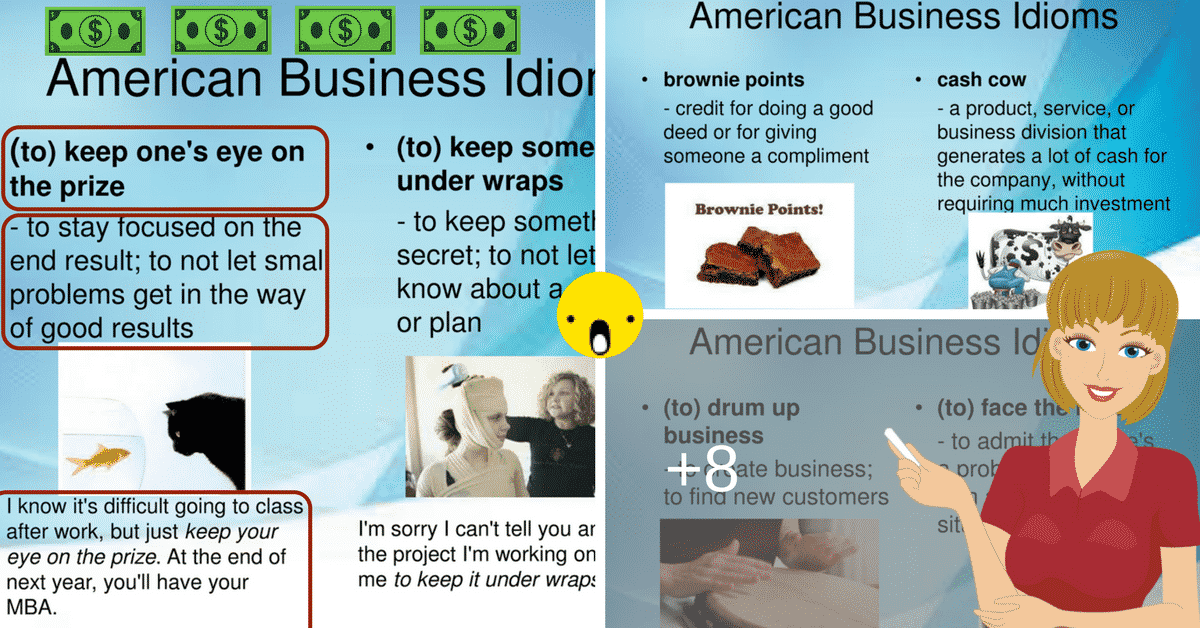 For better or worse, the American workplace is full of idioms…

People don’t begin the project. They get the project off the ground. They don’t call each other to discuss progress, they touch base. Later, if the project is not going well, they don’t end it. They pull the plug.

Business Idioms in the American Workplace

Below is a list of some of the most common idioms used at work.

3. Put a stake in the ground

14. Keep something under wraps

17. Nothing ventured, nothing gained

Here is the list of business idioms with ESL images: 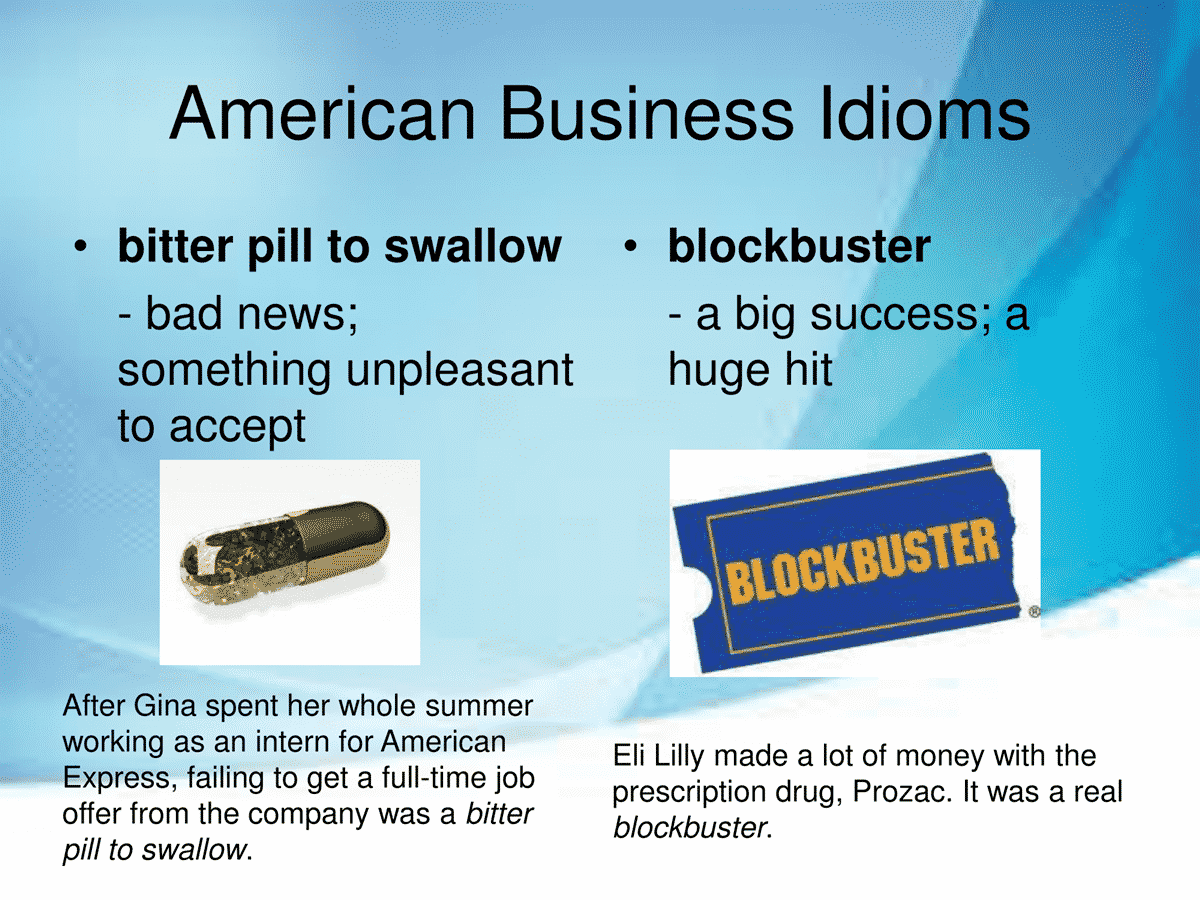 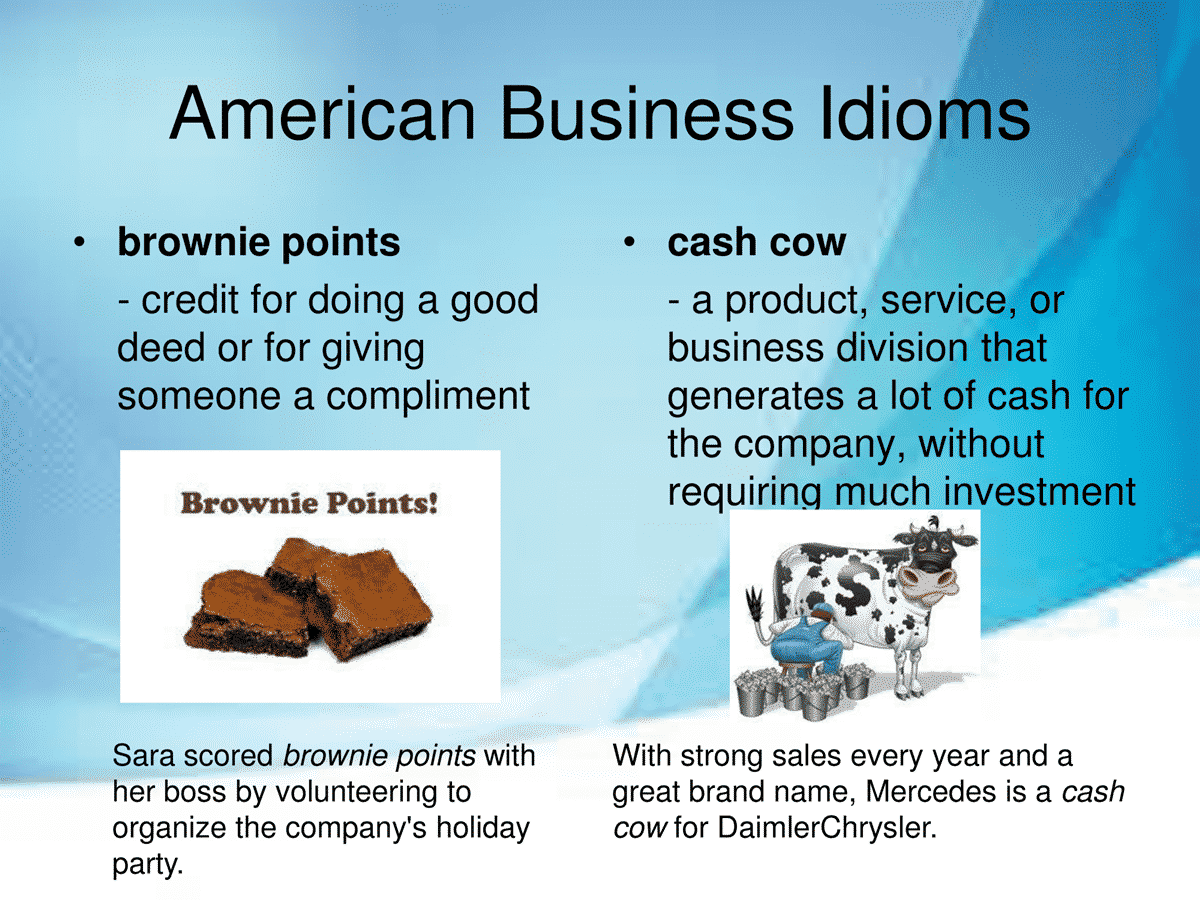 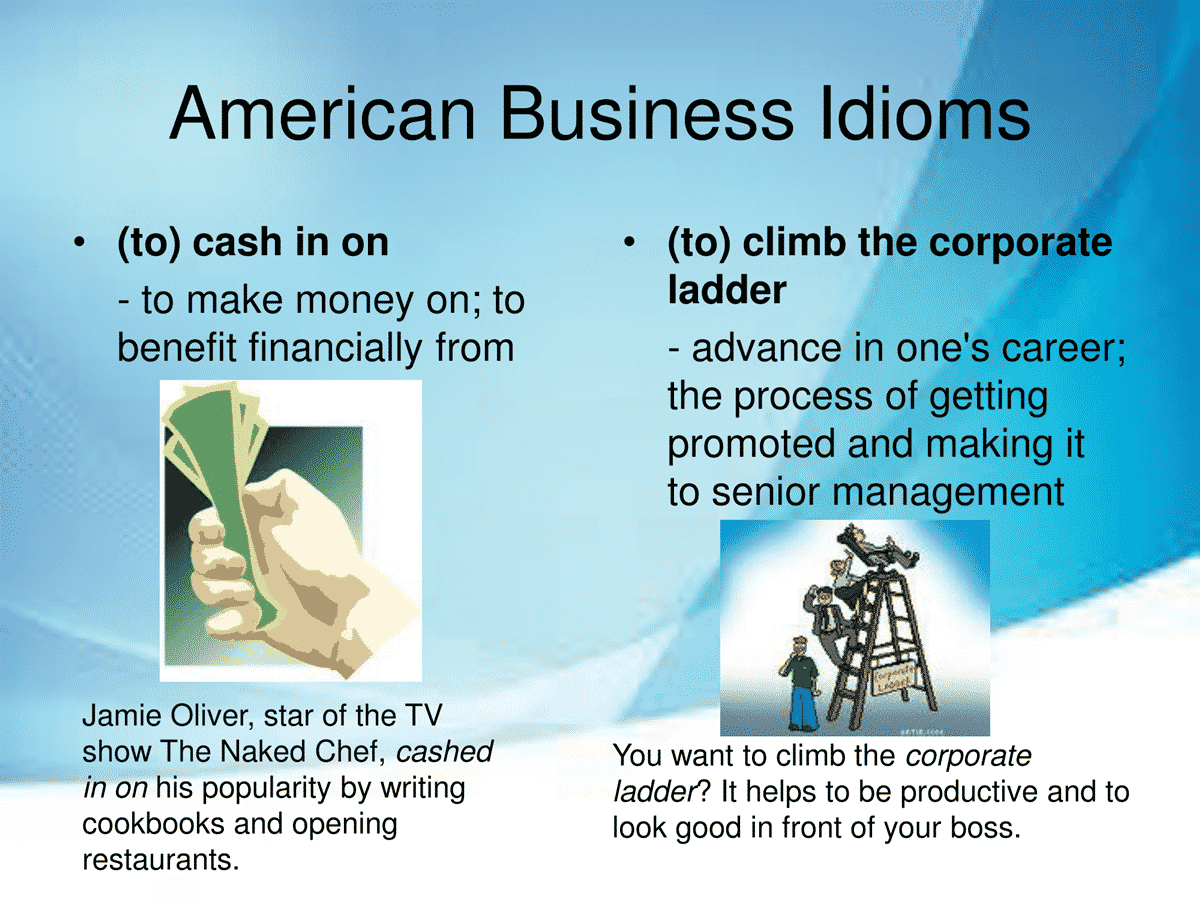 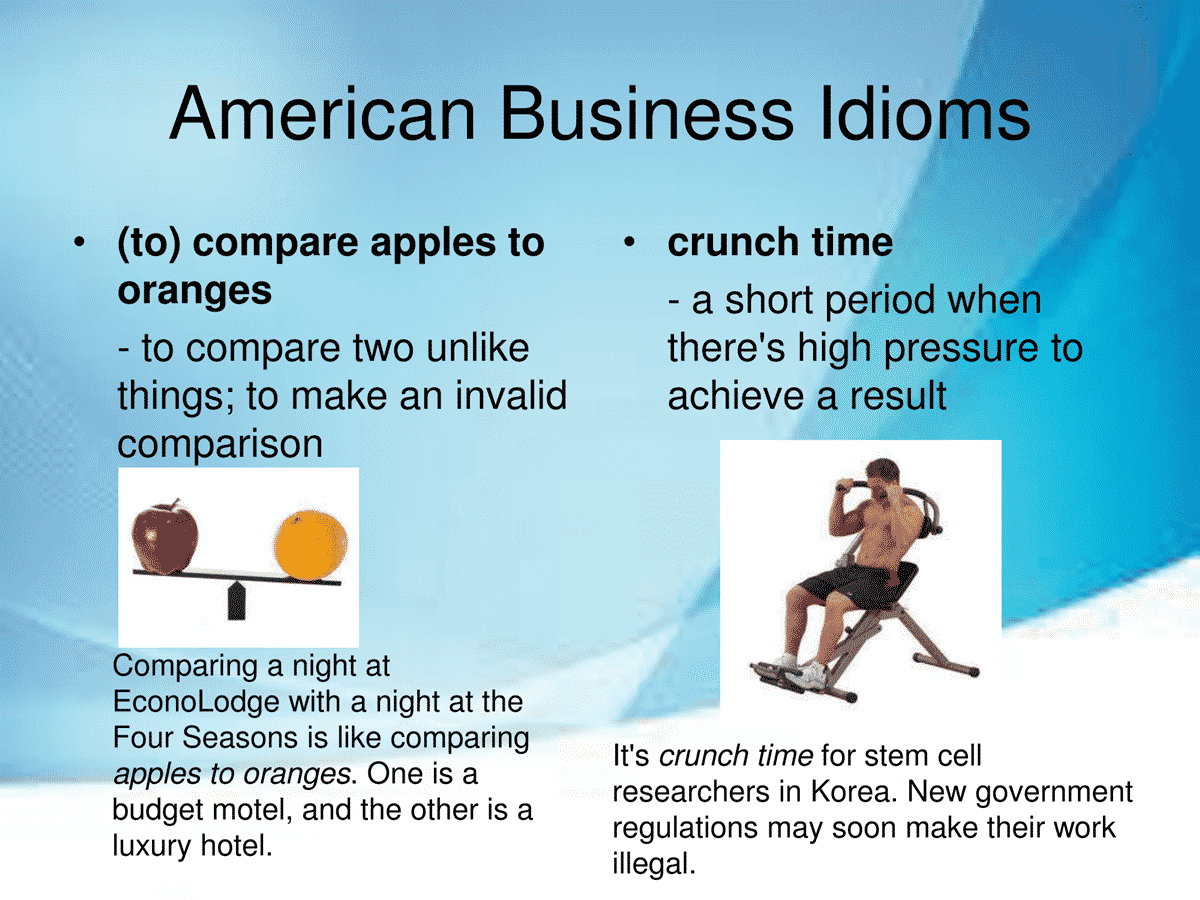 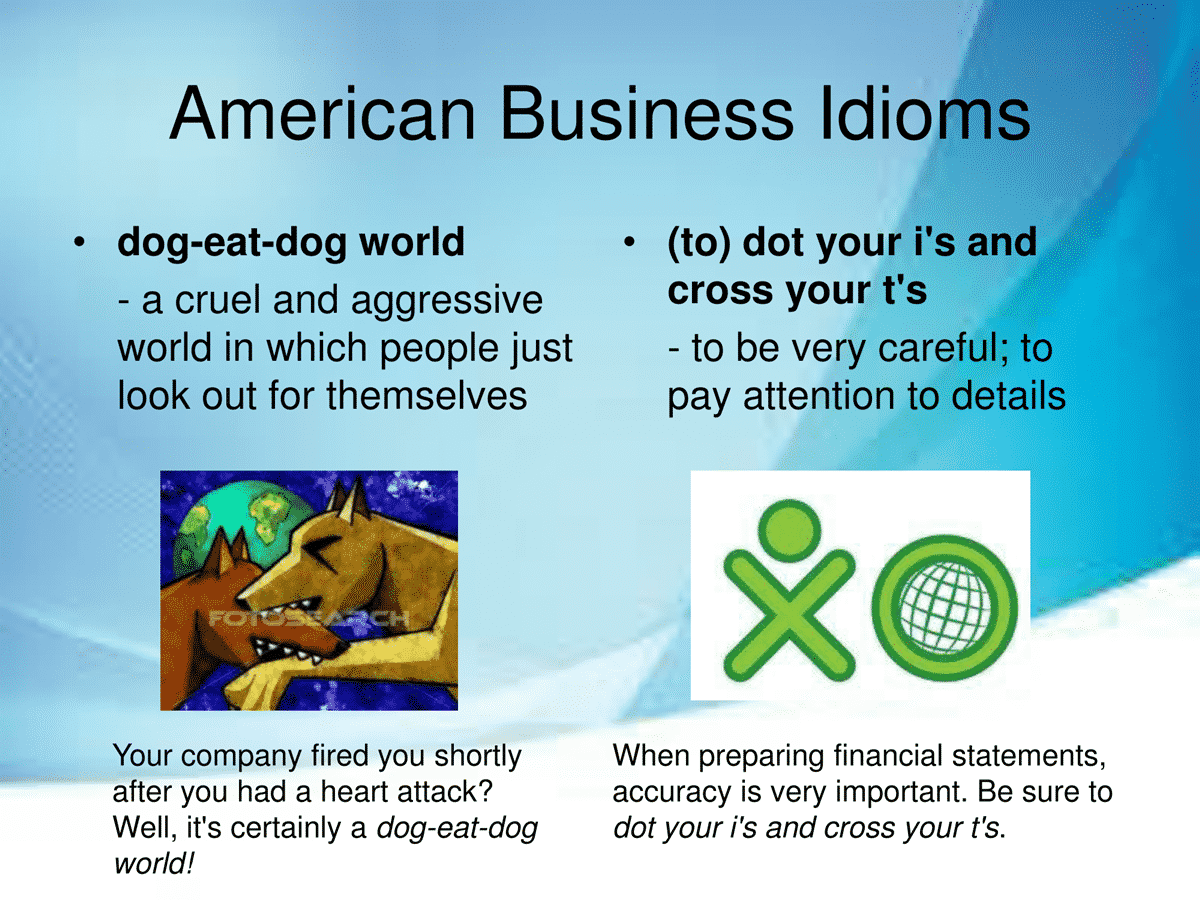 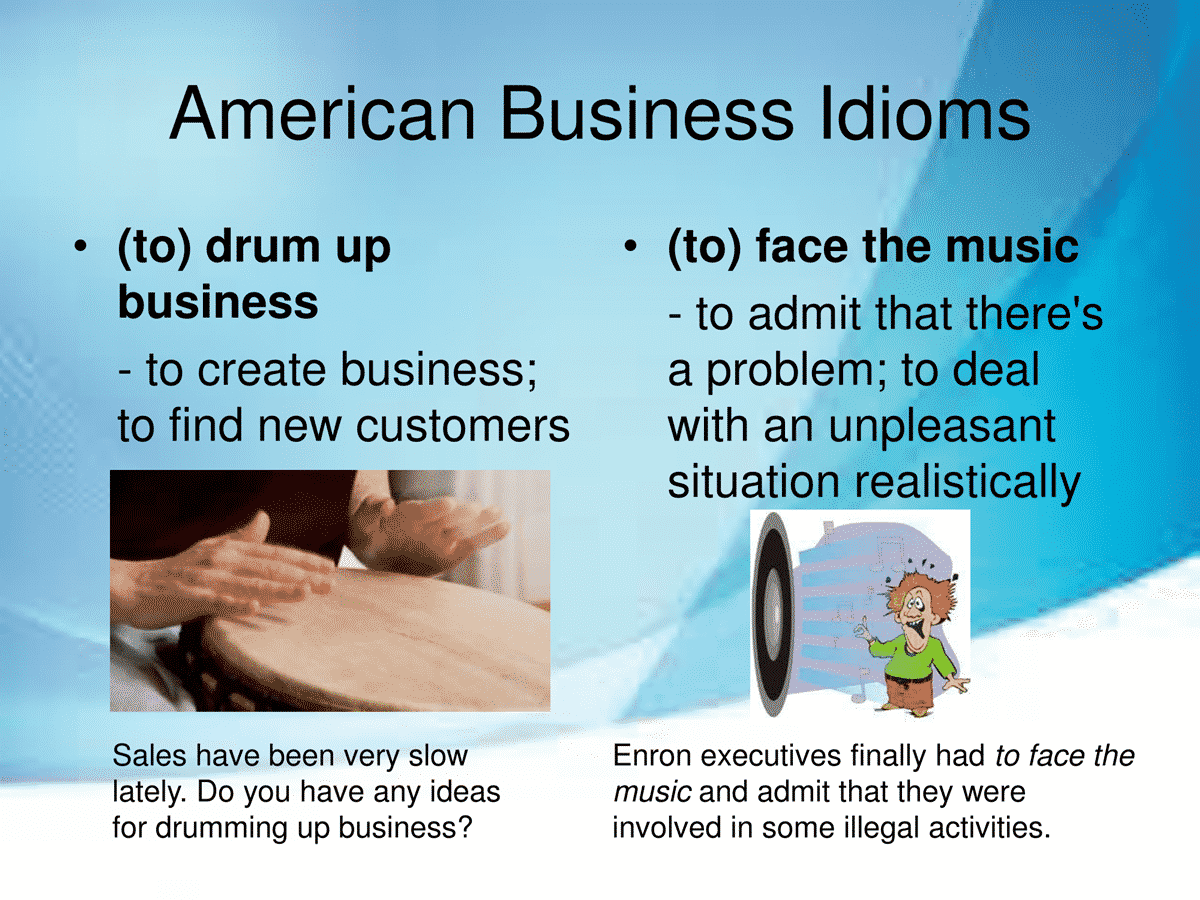 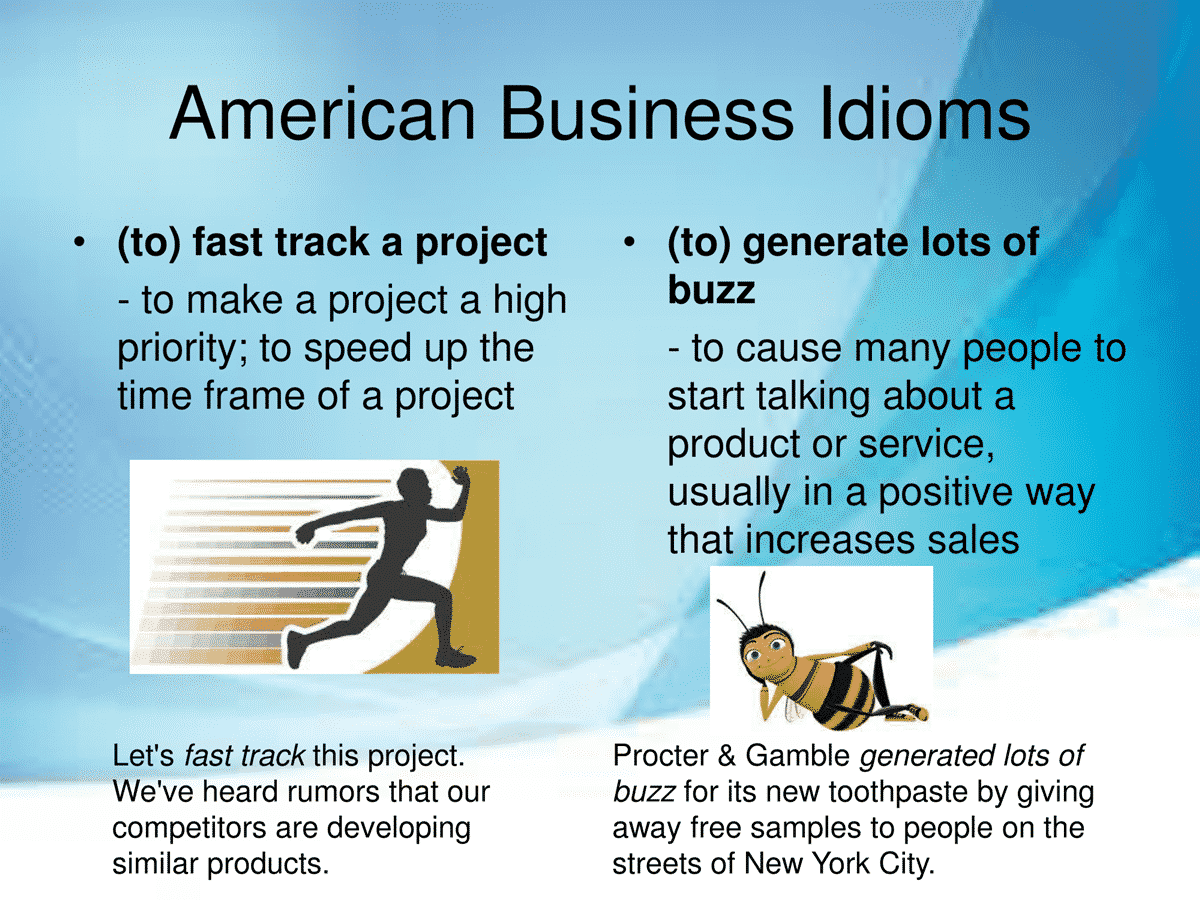 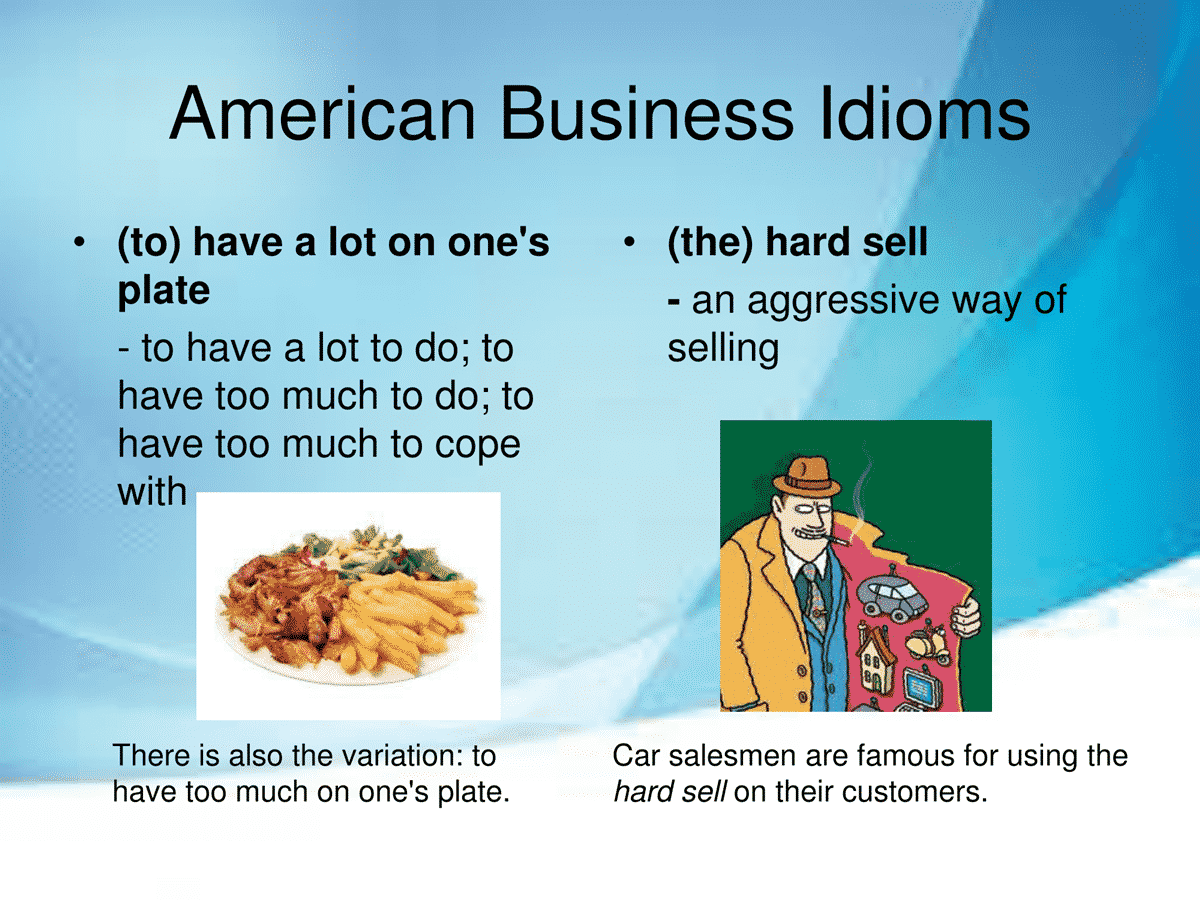 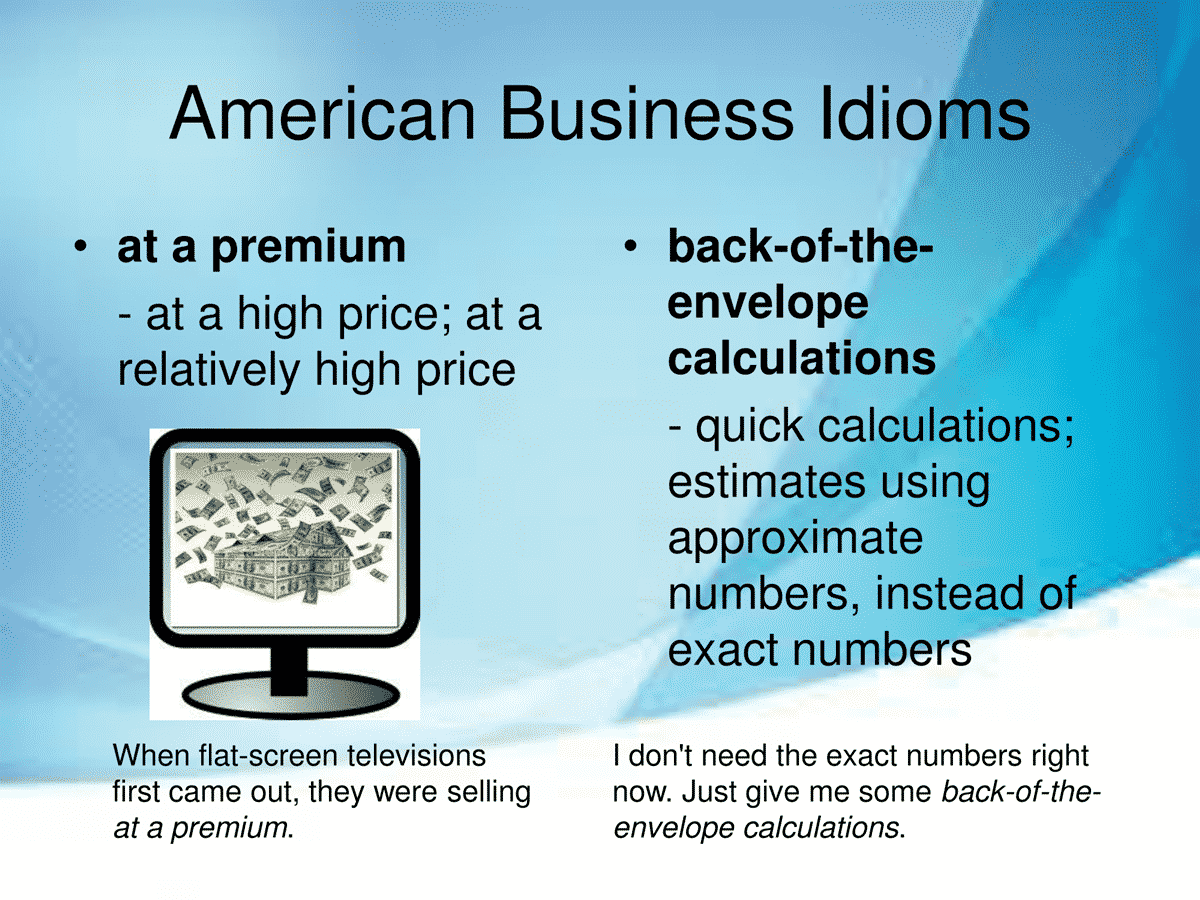 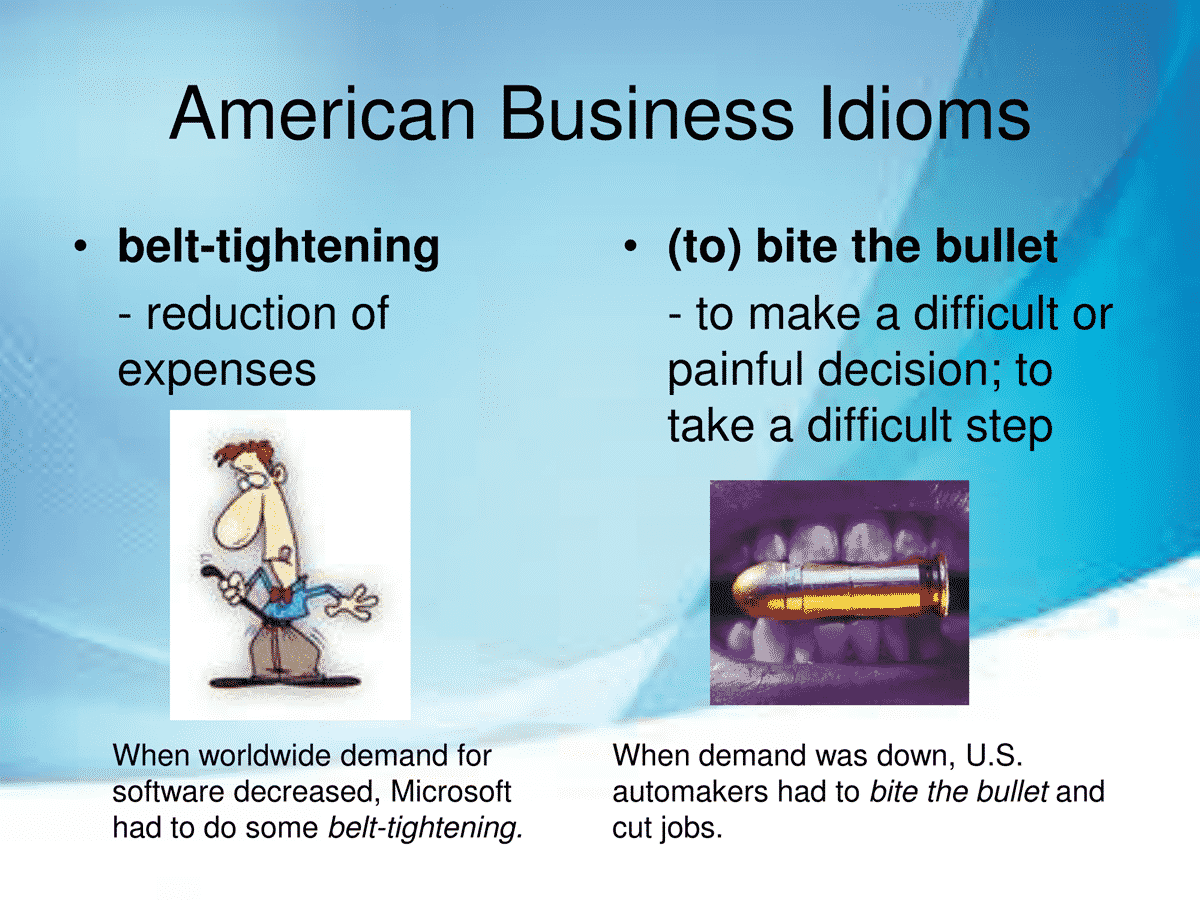