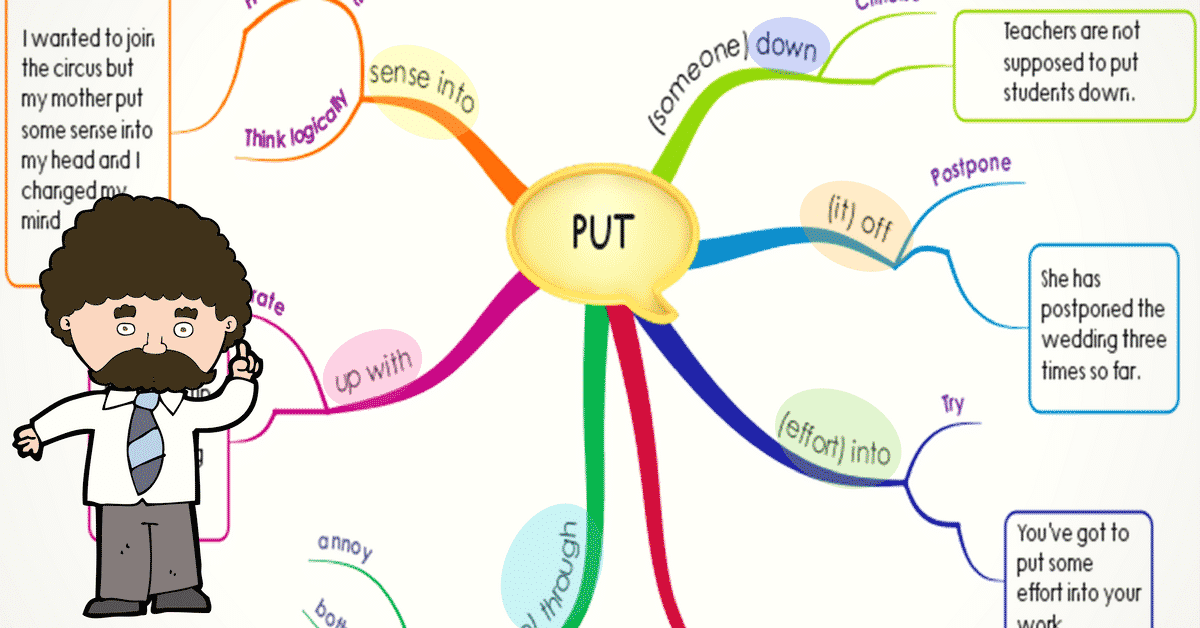 Phrasal verb is the name given to an English verb which is composed of two or three words.

List of common phrasal verbs with PUT in English 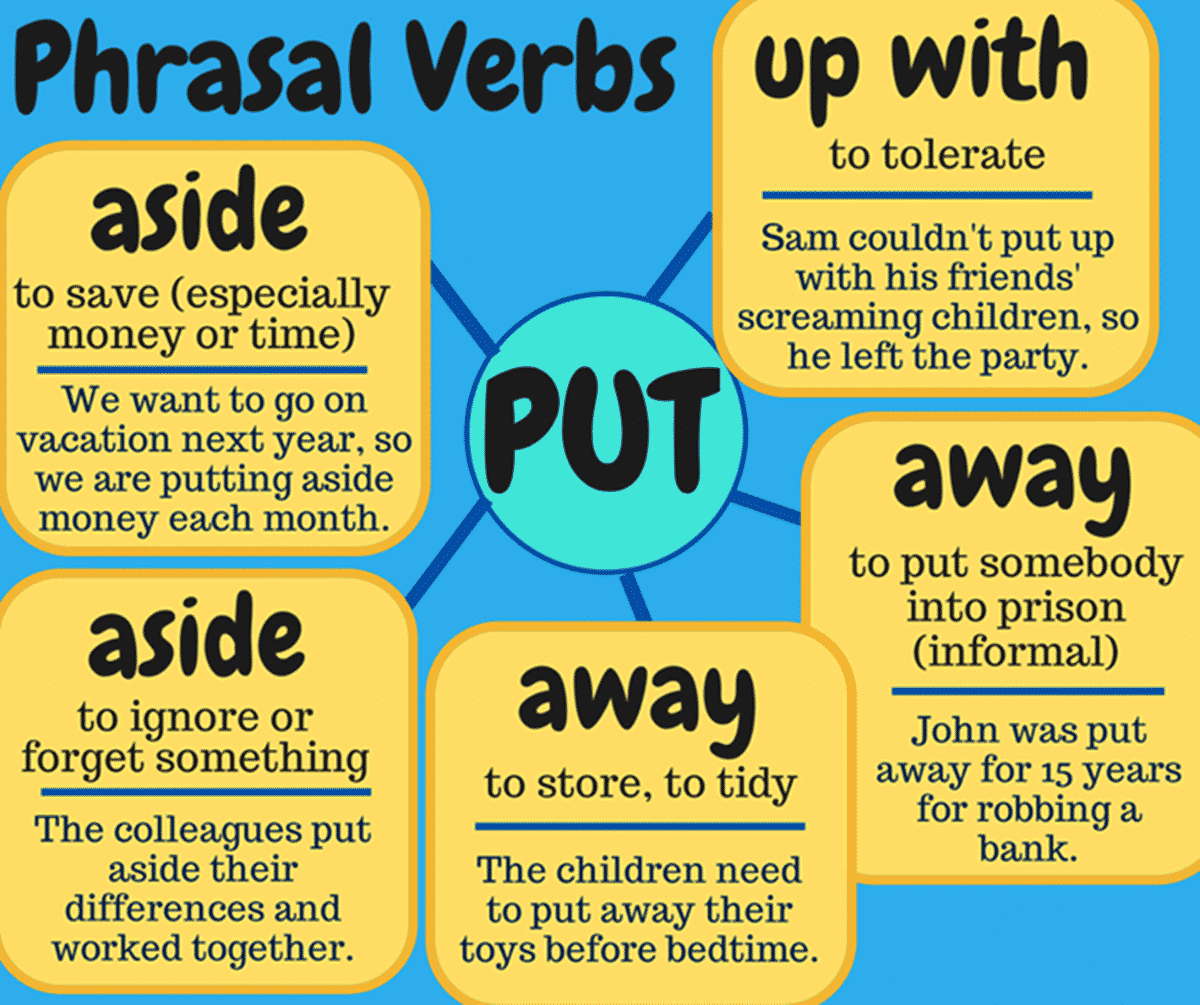 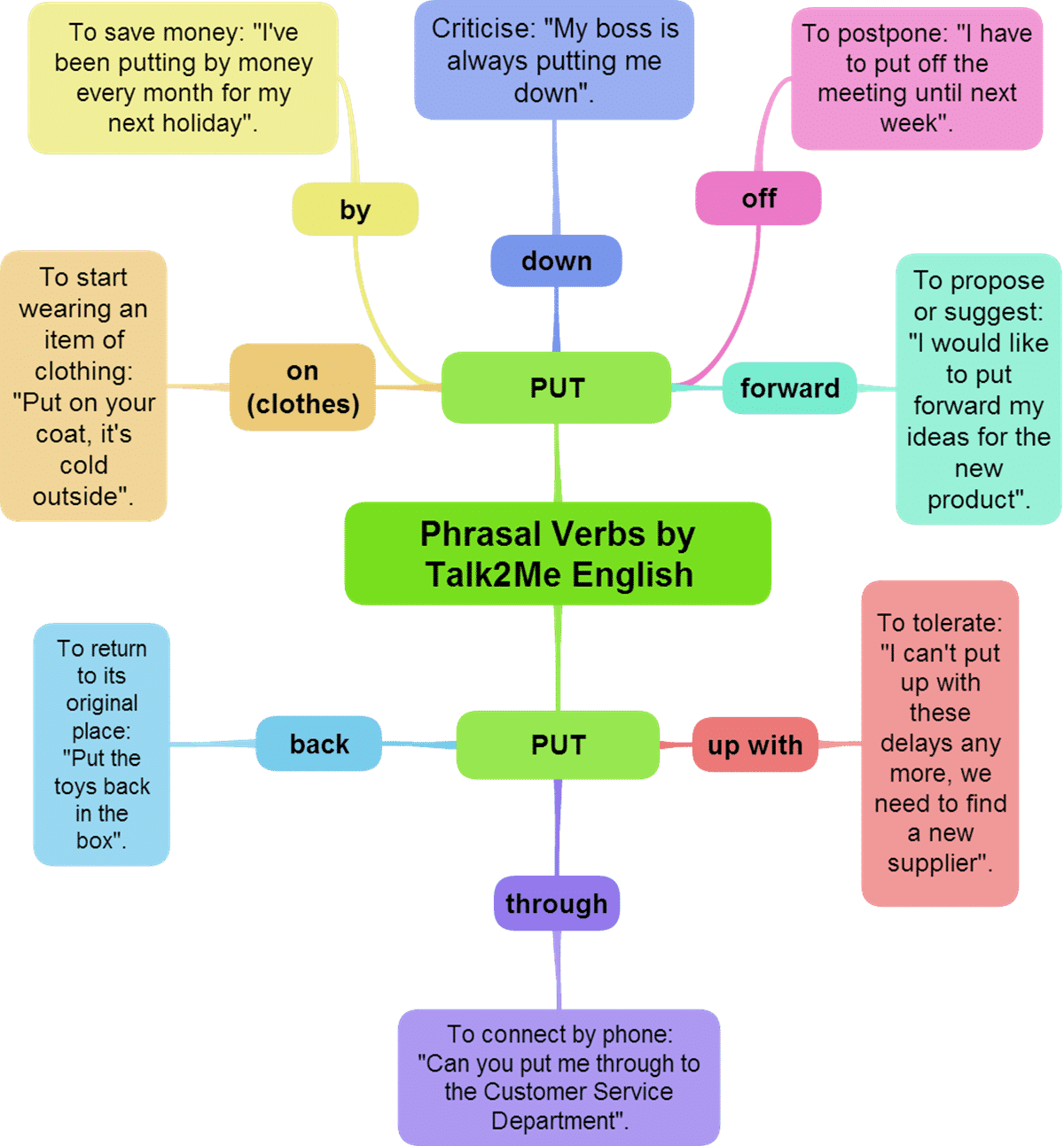 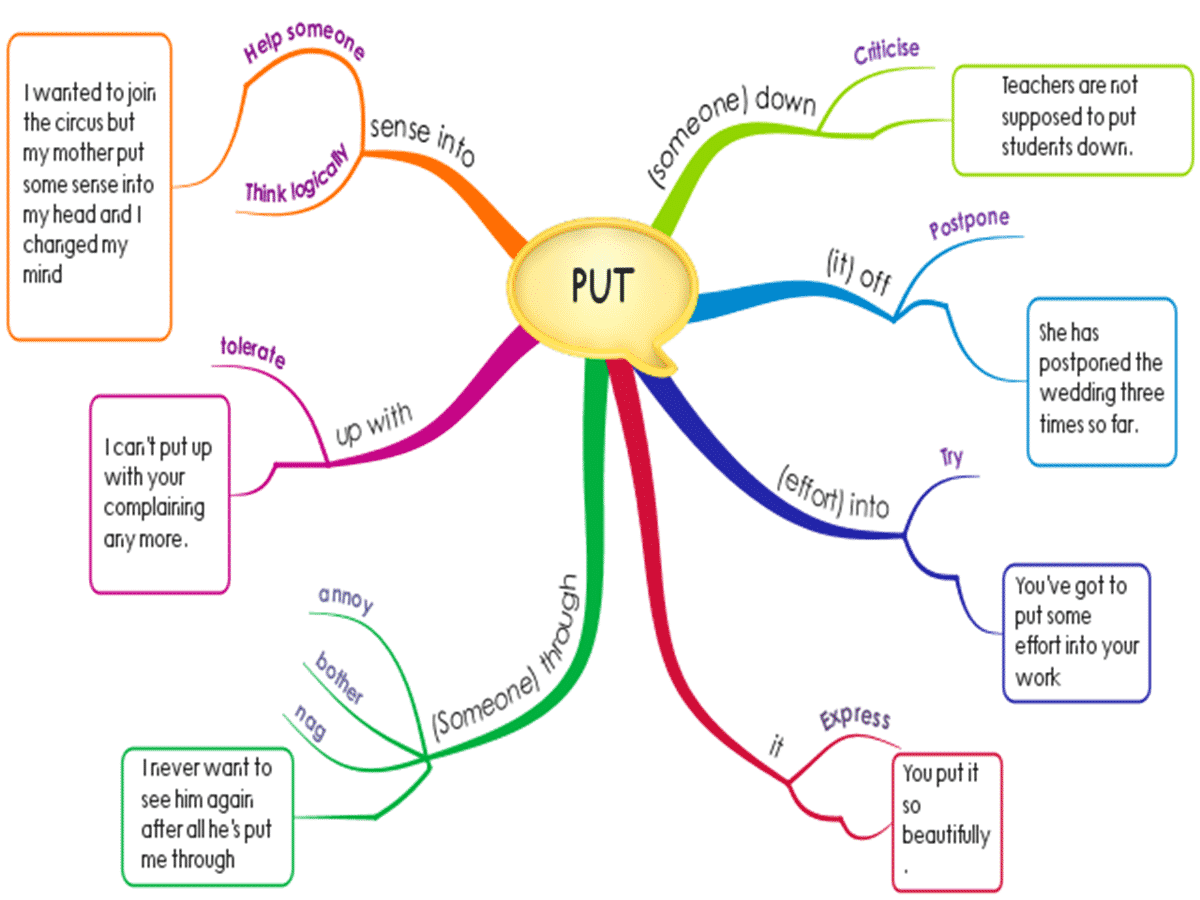