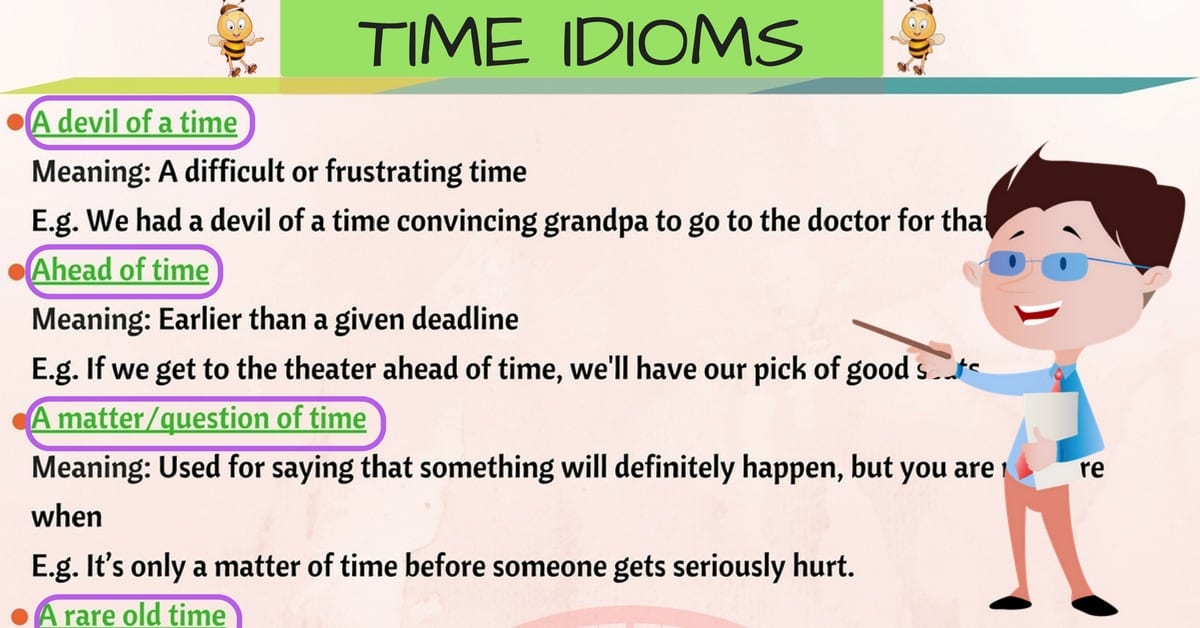 Useful English idioms related to TIME! The following article introduces the idioms with “TIME” with their meaning and useful examples and ESL image.

Here is the list of idioms about Time in English:

3. A race against time/the clock

10. At the eleventh hour 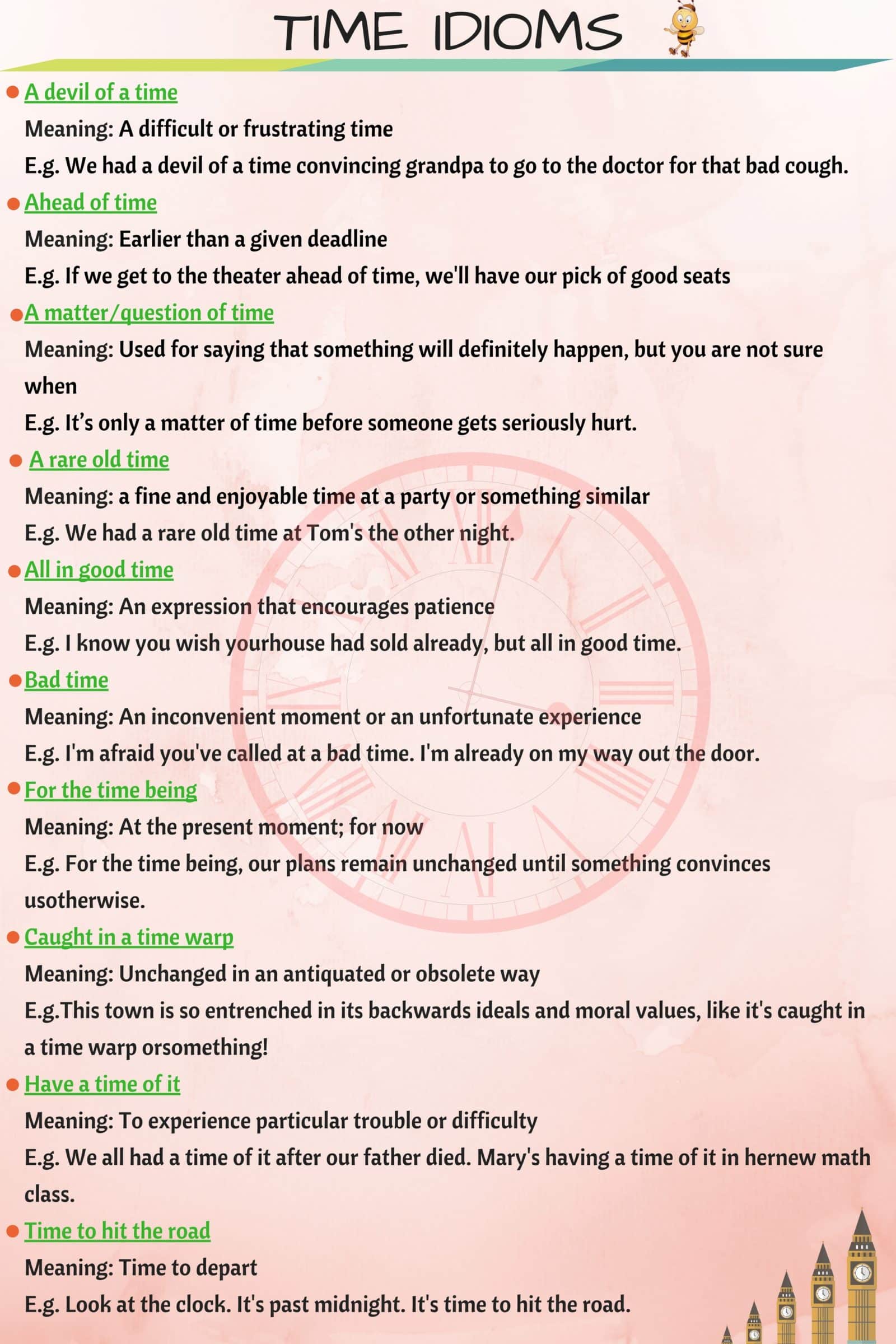