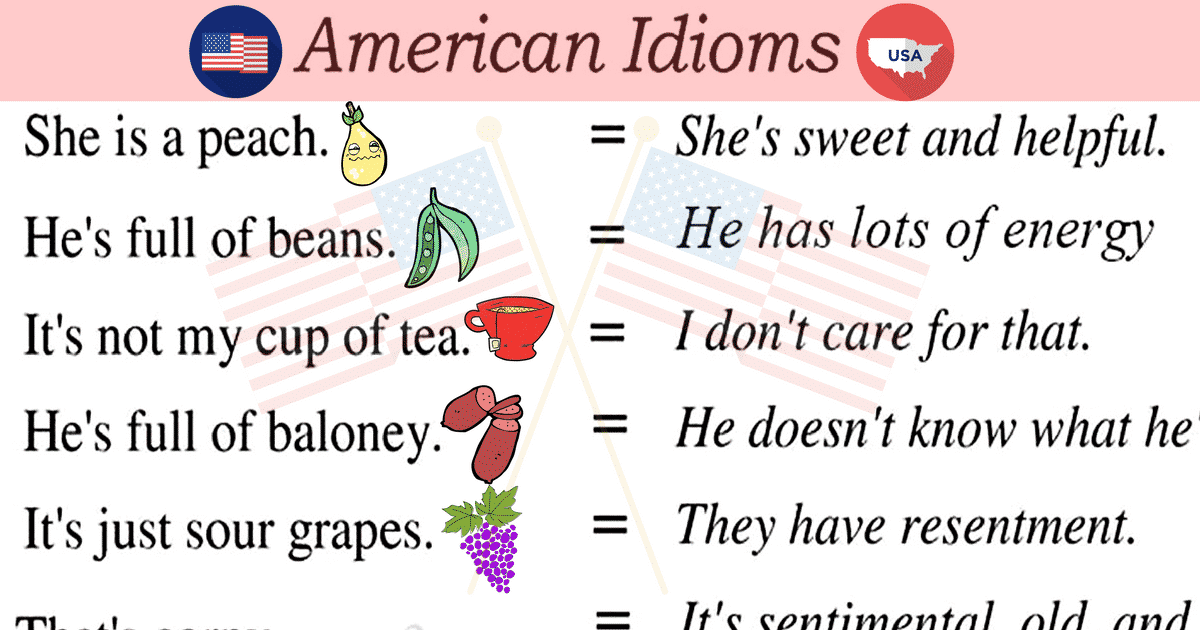 Learn List of 30+ Common American Idioms You Need to Know.

An idiom’s figurative meaning is different from the literal meaning.

There are thousands of idioms, and they occur frequently in all languages. It is estimated that there are at least twenty-five thousand idiomatic expressions in the English language. Here’s a run down on some of the most common American English Idioms:

This idiom simply means to study, especially with particular intensity. It is used as a verb – hit the books.

“(to) hit the sack” generally means to go to bed. You can also say “hit the hay” which has the same meaning.

“…A soldier gets tired feet and is eager to hit the sack.”

“Time to hit the hay”

The idiom “twist someone’s arm” generally means to persuade someone to do something. If someone twisted your arm, it means that someone has done a great job of convincing you to do something you might not have wanted to do.

“They had to twist his arm, but they got him to join the project”.

“(to be) up in the air” is and English Idiom meaning that something has not been resolved, finished or answered yet. It usually refers to a plan or a decision that has not been decided or being uncertain.

“I think I can do it quickly, but the exact schedule is still up in the air.”

“I’m sorry, I feel a bit under the weather, I think I cannot join the party tonight.” 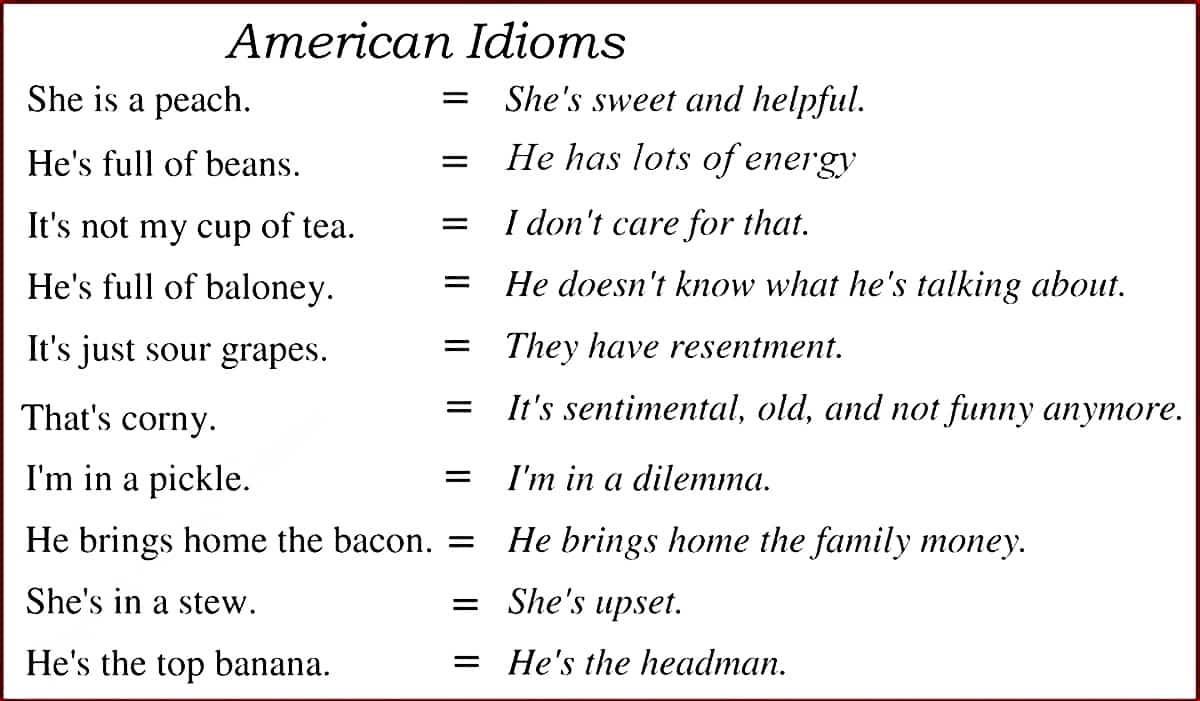 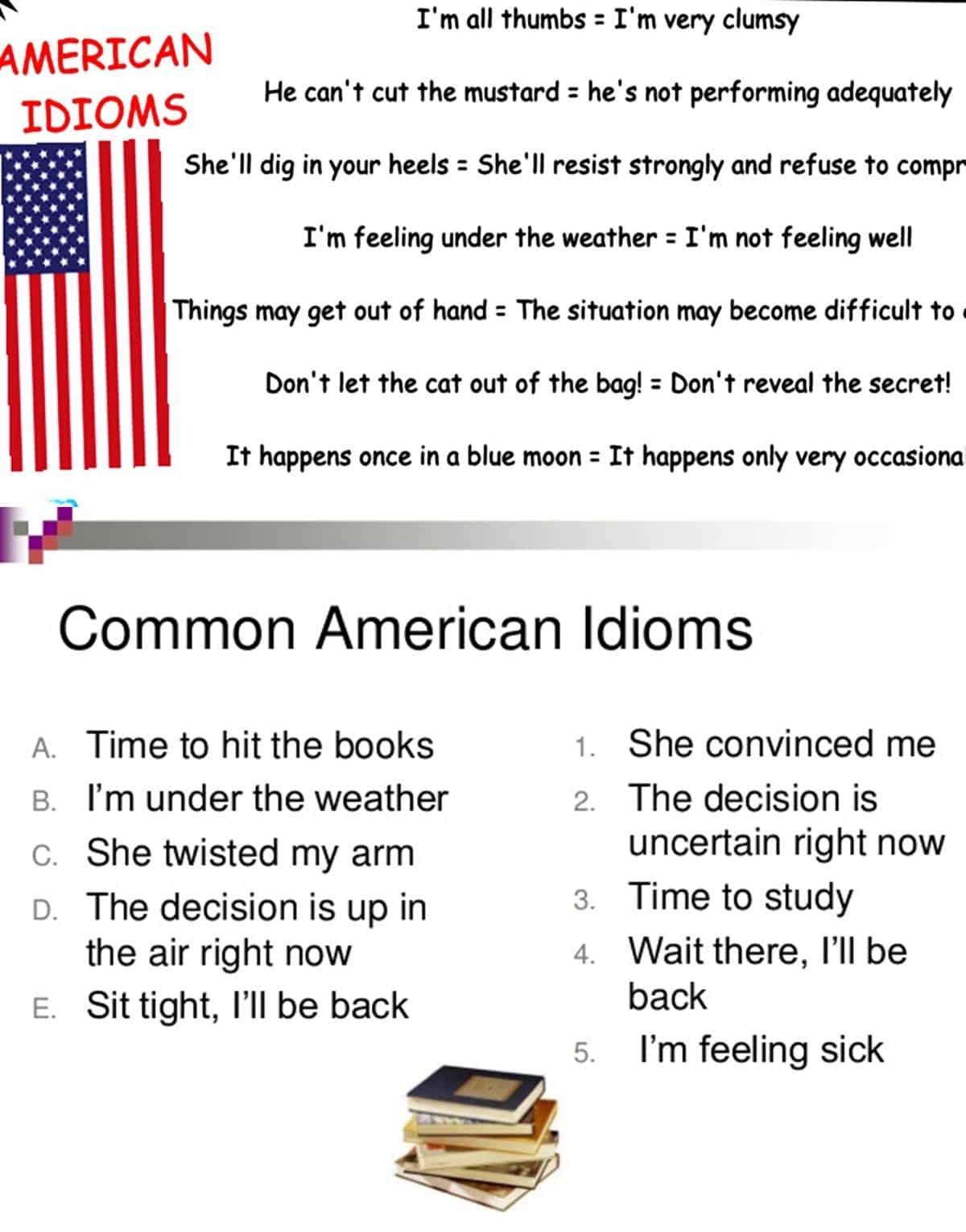 “Sour grapes” is a bit more specific. It is spurning an offer that was never made nor ever likely to be made.

will barker
Reply to  Jim

I resent that.
Hell hath no fury! Spurn me not.

Last edited 7 months ago by will barker
-1
Reply

This group is posting very well idiom and useable at all.

Very nice points.Thanks so much.I am delighted when I read such beautiful things.

Full of bean is used incorrectly here. We use it to say someone is talking b.s.

To say someone is full of energy, we might say vim and vigor.