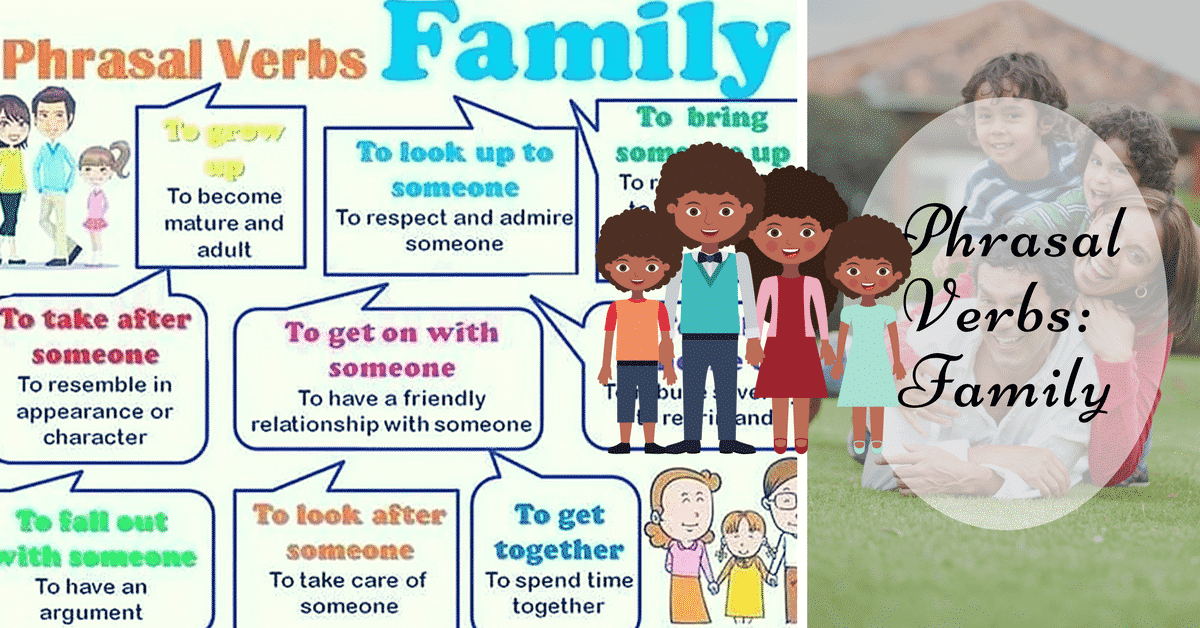 List of Useful Phrasal Verbs Related to Family in English with Meaning and Examples.

Phrasal verbs are being used all across the board starting from chatting with your friends during a lunch break and ending with family meetings.

Meaning: Be given the name of another person
Example: Albert was named after his grandfather

Meaning: Look after a child until he or she becomes an adult
Example: She brought up three sons on her own

Meaning: Argue with sb and you are no longer friendly with them
Example: I’d fallen out with my parents

Meaning: Have a good, friendly relationship with sb
Example: I get along well with most of my colleagues

Meaning: Spend time together
Example: The whole family usually gets together at Christmas

Meaning: Prefer to be called by a particular name
Example: When I knew her, she used to go by the name of Ricki

Meaning: Stop having a close relationship with somebody over a period of time
Example: As we got older we just grew apart

Meaning: Develop into an adult
Example: Their children have all grown up and left home now

Meaning: Respect and admire someone
Example: He’s a role model for other players to look up to

Meaning: Look or behave like an older relative
Example: In looks she takes after her father

Meaning: Criticize someone angrily for doing something wrong
Example: Our parents told us off for making so much noise

Meaning: Begin to live a quieter life by getting married
Example: When are you going to get married and settle down?

Meaning: End a marriage relationship
Example: Her parents split up a few months ago

Meaning: Become friendly with someone again after an argument
Example: Why don’t you two forget your differences and make up? 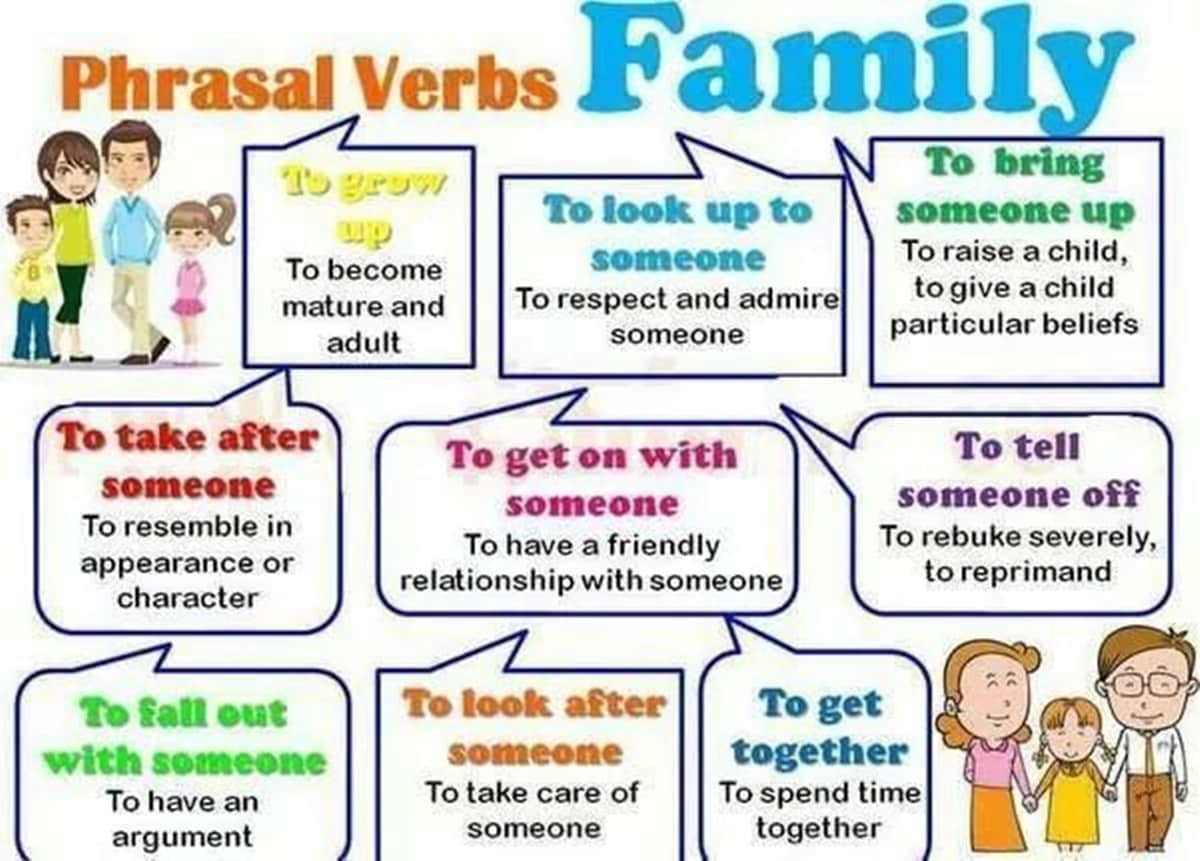 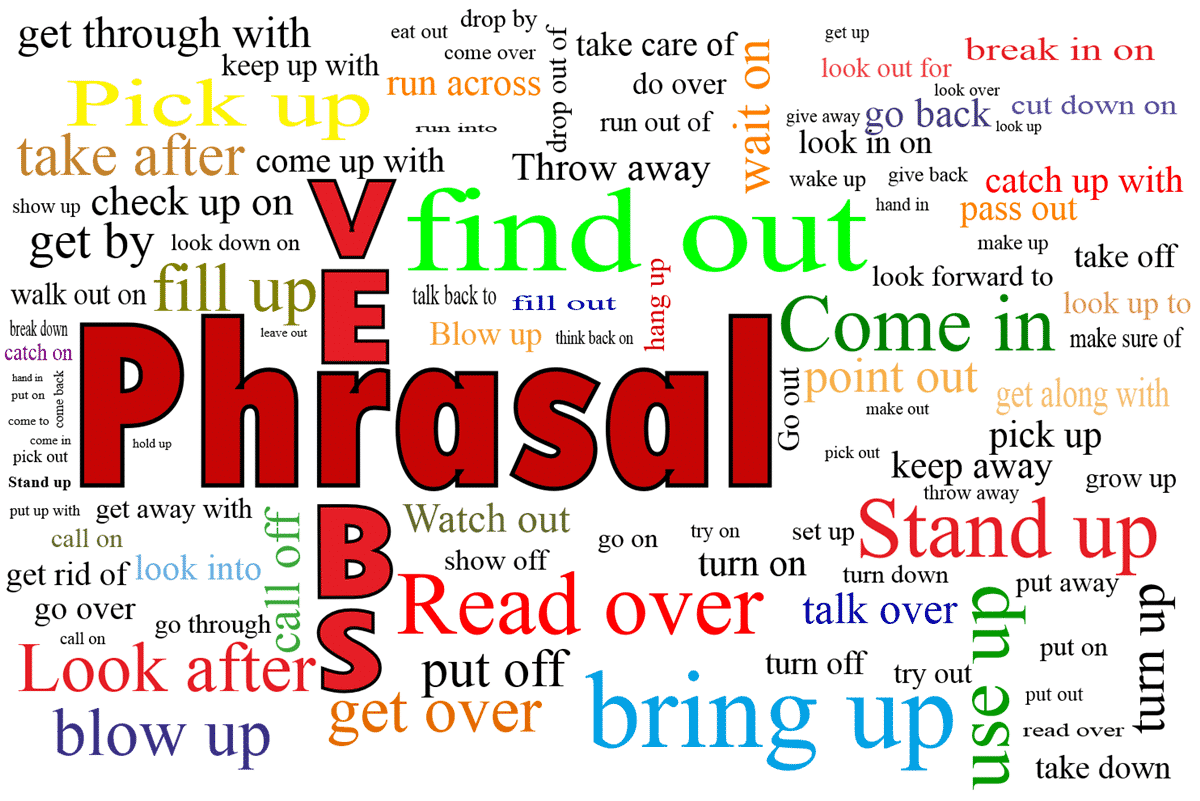 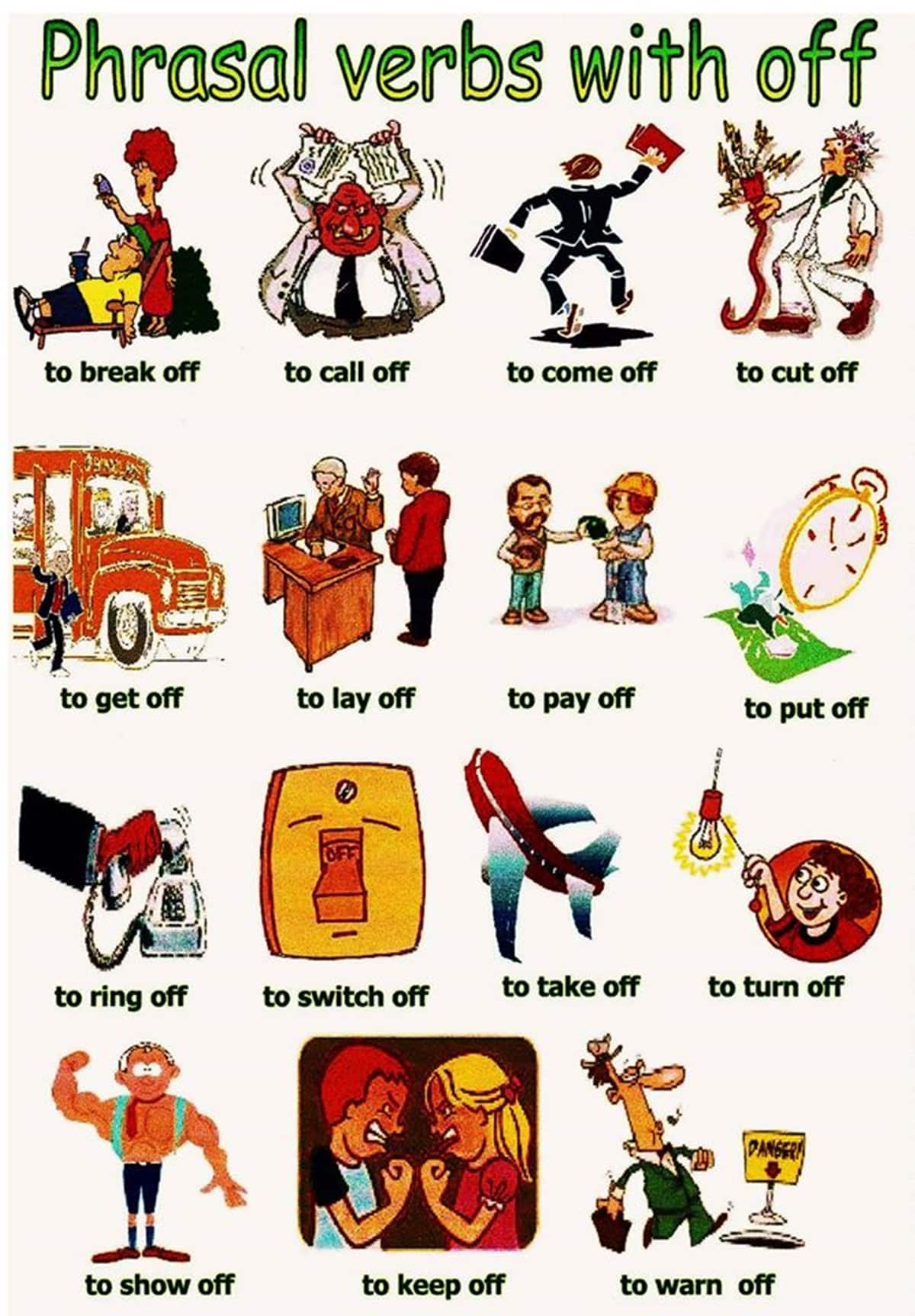 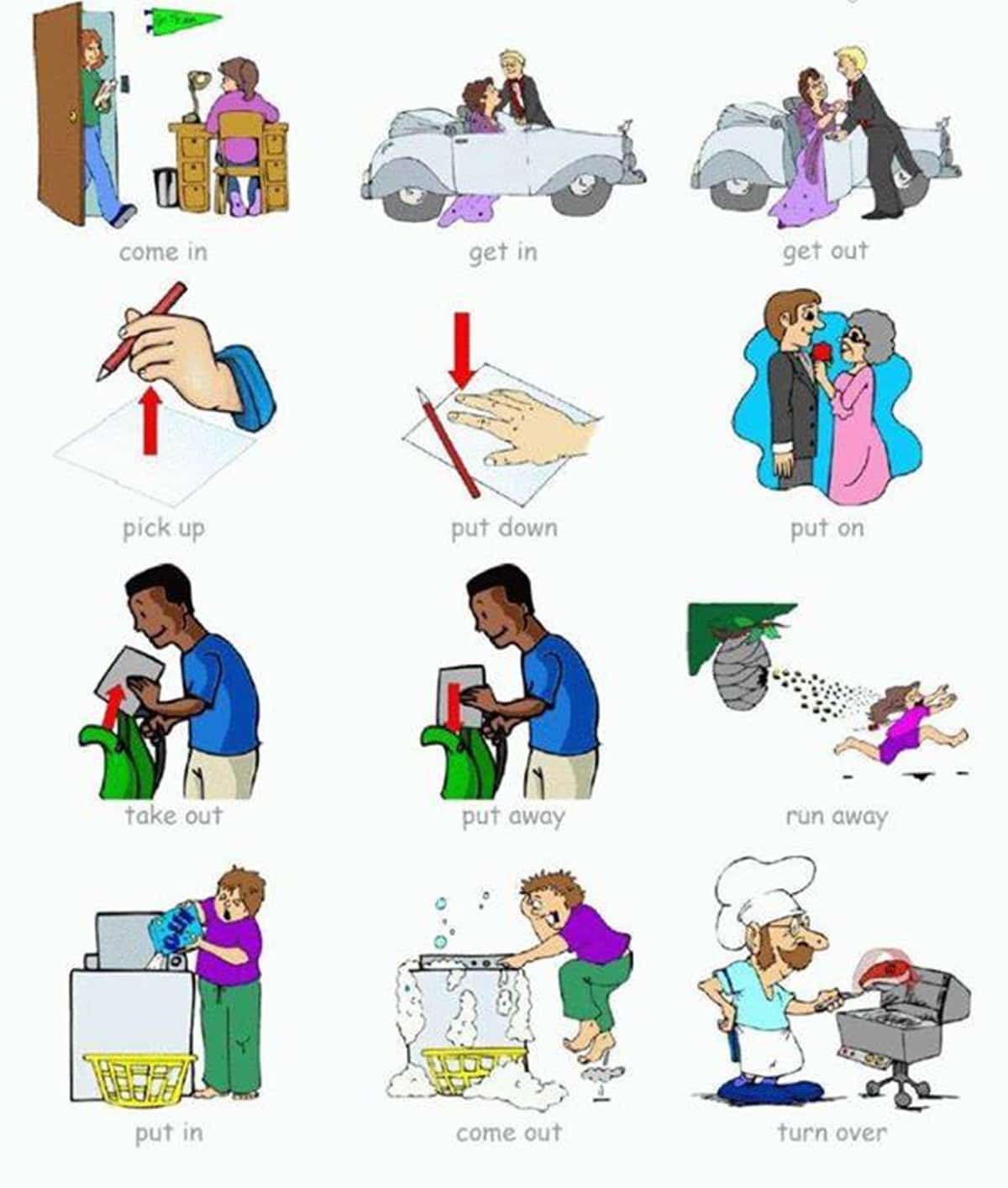 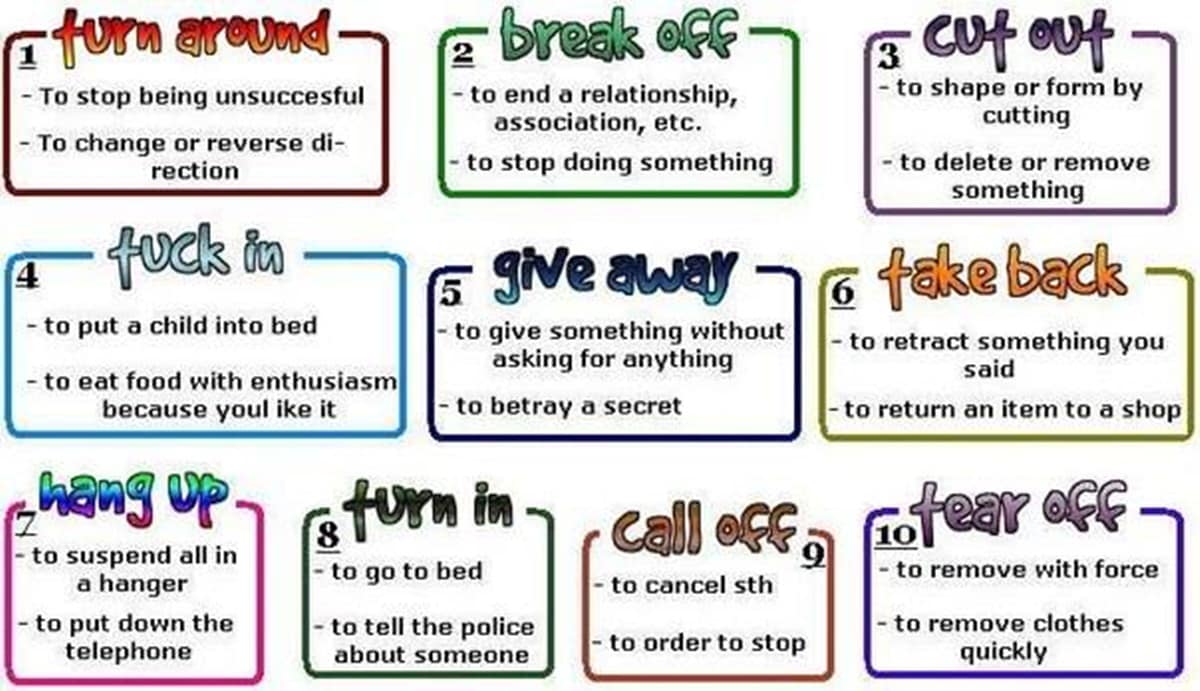