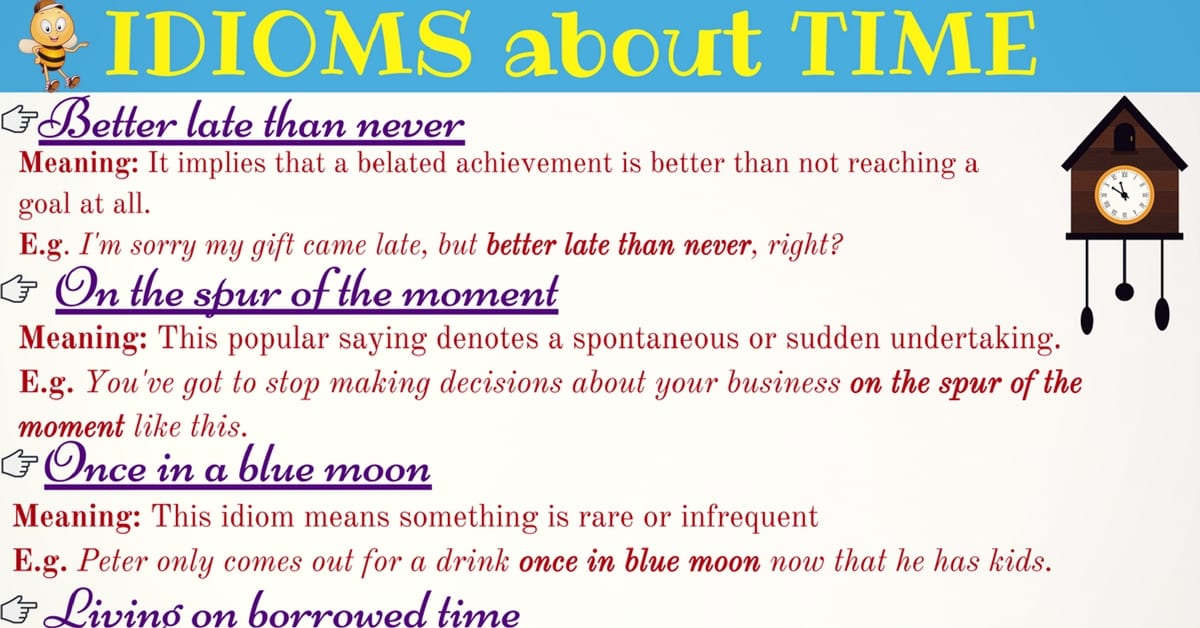 Idiomatic expressions with time are common in the English language, and they often reflect the cultural and societal values and beliefs related to time. These idioms can add a unique layer of meaning to our communication and often carry a deeper meaning than the literal interpretation of the words used. Some examples of idiomatic expressions with “time” include “time flies,” “in the nick of time,” and “waste of time.” These idioms can be used in different contexts, and it’s important to understand the context to understand the intended meaning.

2. On the spur of the moment

11. Have the time of your life 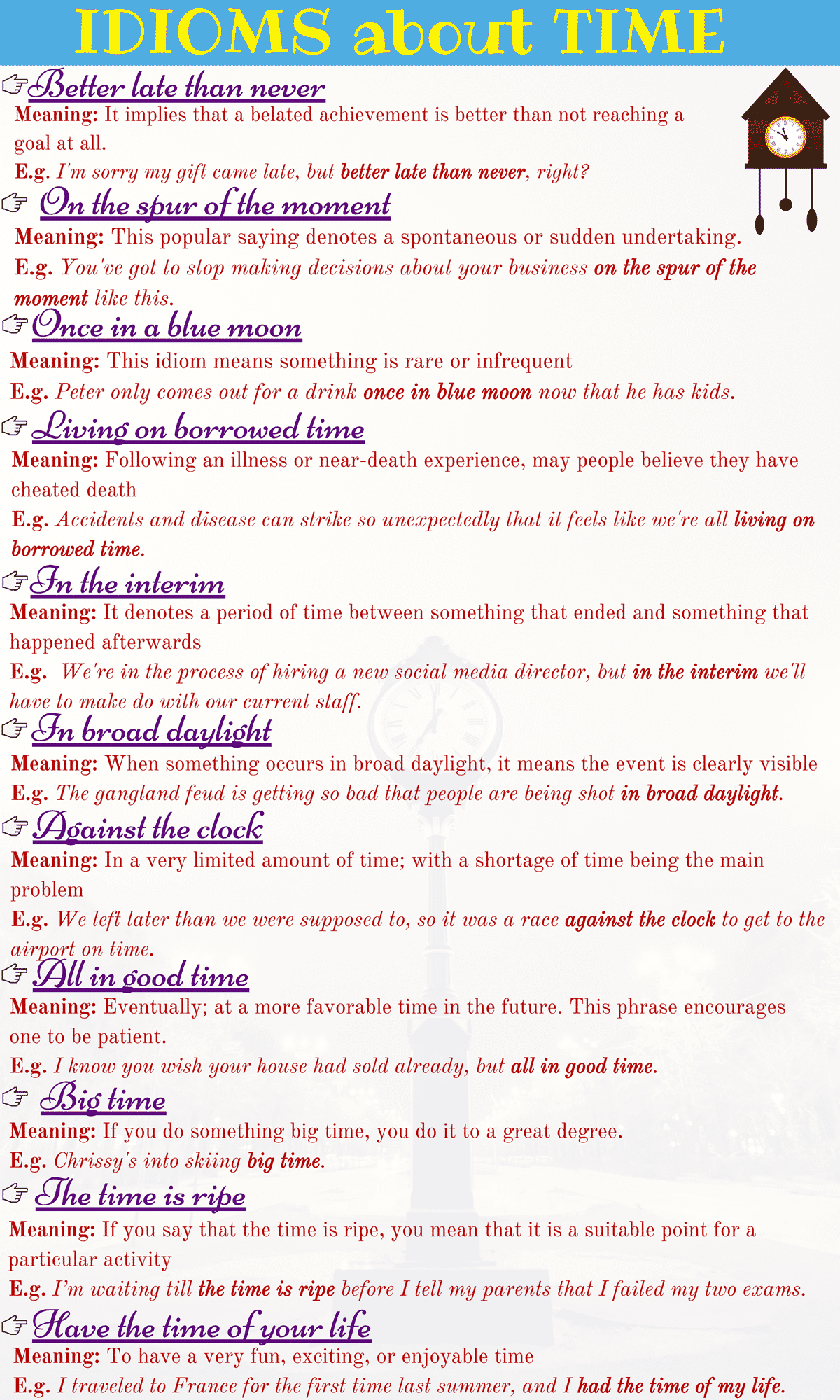