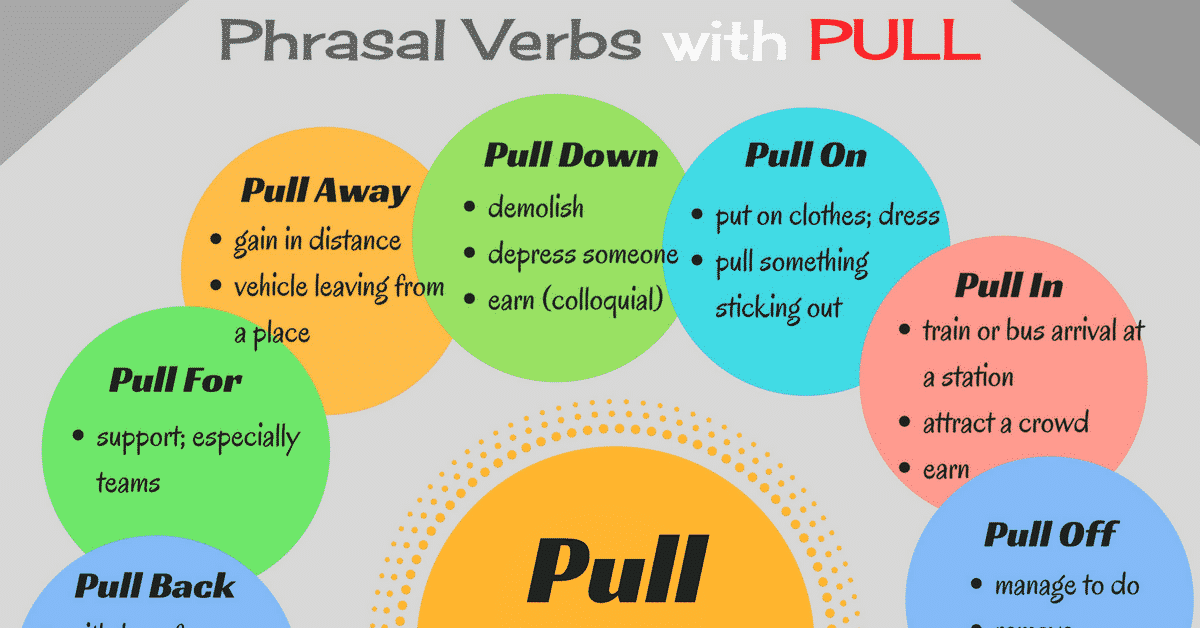 There are a lot of useful phrasal verbs with PULL in English.

Commonly used phrasal verbs with PULL in English with Meaning and Examples.

Example: She pulled away just as he was about to kiss her.

Meaning 2: vehicle leaving from a place

Example: There was a roar and a cloud of smoke as the car pulled away from the traffic lights.

Meaning 1: withdraw from an undertaking.

Example: The party pulled back from its only positive policy.

Meaning 2: improve or restore a team’s position by scoring a goal.

Example: He pulled back a goal three minutes before half time.

Example: They pulled down the old sports stadium to build a new one.

Example: John was really pulled down by his recent divorce.

Example: How much do you pull down a month, he asked?

Example: Who are you pulling for in the cup finals?

Meaning 1: train or bus arrival at a station

Example: The train pulled in right on time.

Example: The comedy act really pulled in the crowds, didn’t they?

Example: I pulled in more this year than last year. How about you?

Meaning 1: manage to do

Example: The Yankees pulled off a great upset in the finals.

Example: Pull off the price stickers from the bottom of the toys before you wrap them.

Example: He pulled on his boots and went to work.

Meaning 2: pull something sticking out

Example: When he pulled on the loose thread his whole shirt sleeve came off.

Example: When the boat pulled out to sea, he realized he would never return.

Example: The car pulled out into the fast lane and nearly got hit.

Example: The contestant pulled out of the competition due to injury.

Meaning: stop a vehicle by the side of the road

Example: We pulled over to check our tires as something was making a funny sound on the car.

Meaning: recover from and illness

Example: We didn’t know if he was going to pull through but in the end he did.

Meaning: work or compete as a team

Example: Let’s pull together and get this job done.

Meaning: draw up and stop a car

Example: The car pulled up to the curb and stopped in front of the door. 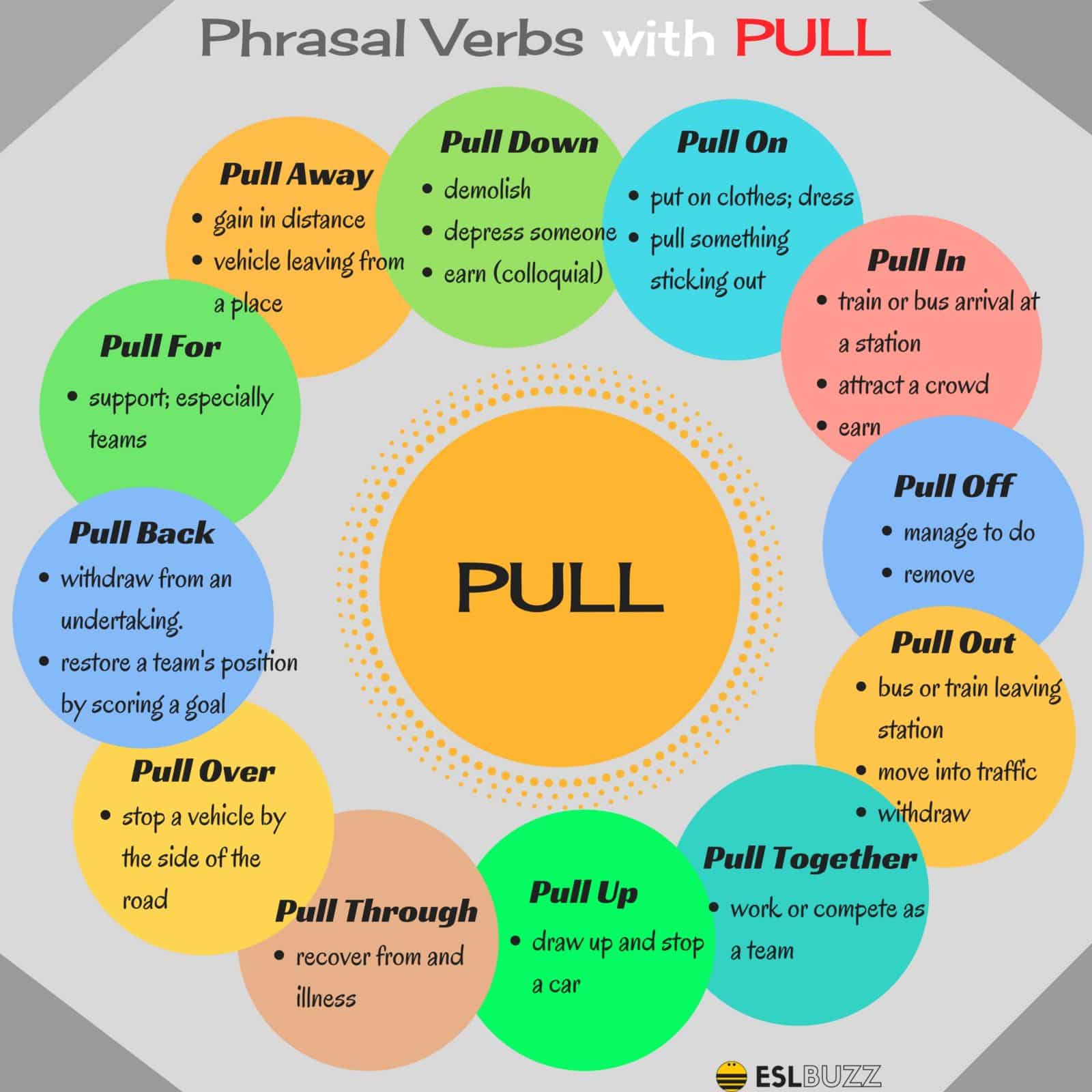 Love it. Useful and to the point.