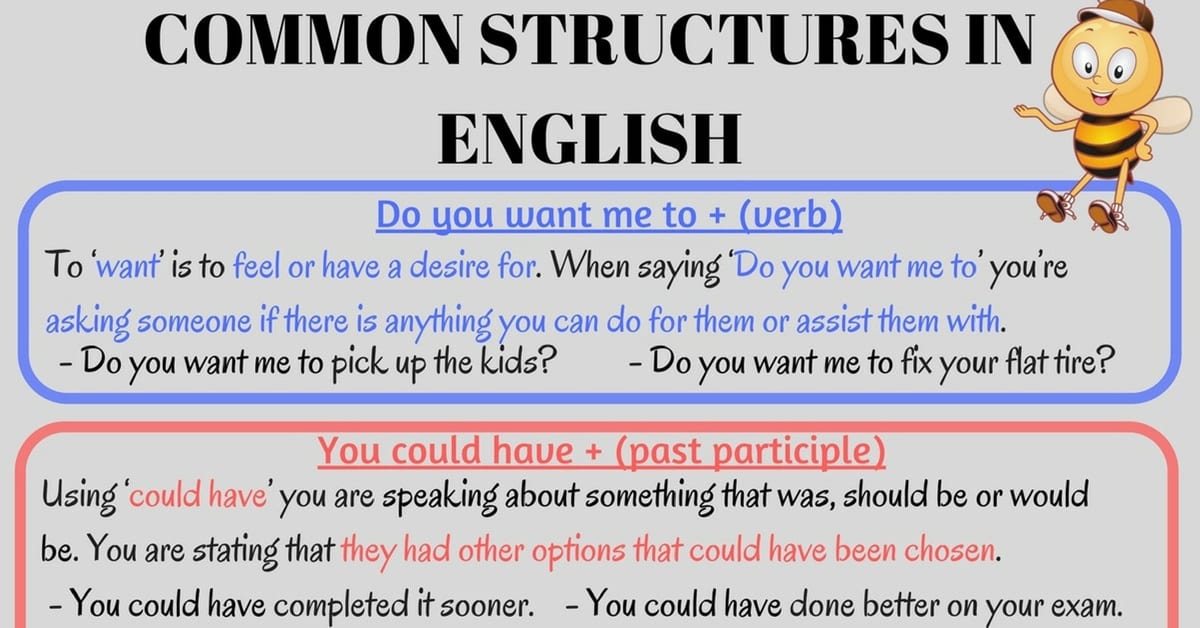 Conversational structures – speaking conversational English is usually just about knowing the right thing to say in any given situation.

To ‘want’ is to feel or have a desire for. When saying ‘Do you want me to’ you’re asking someone if there is anything you can do for them or assist them with.

Do you want me to pick up the kids?

Do you want me to fix your flat tire?

Using ‘could have’ you are speaking about something that was, should be or would be. You are stating that they had other options that could have been chosen.

You could have completed it sooner.

You could have done better on your exam.

You could have blown your chance.

You could have given more time to get ready.

Here you are giving an example of what decision YOU would do given the circumstances. This can be in past tense or in a conditional present.

If I were you, I would enjoy my vacation.

If I were you, I would answer the question.

If I were you, I would have enjoyed my vacation.

If I were you, I would have explained what happened. (PAST TENSE)

Here you are asking a question about what an interest they might have or something they might enjoy doing.

Are you into soccer?

Are you into scary movies?

Are you into trying new things?

Are you into playing games?

Are you into wine tasting?

Are you into jogging?

‘That’s’ is short for ‘that is’. Here you are telling someone ‘because of this’ or ‘therefore’.

That’s why people admire you.

That’s why she appears so happy.

That’s why you fail to understand.

You’re informing someone what something is going to be like. This could be something you are going to do, see or feel.

You could be describing how something is similar or appears to be by the way it looks.

You are letting someone know how long it will take to do a particular thing.

It takes one hour to get there.

It takes forty-five minutes for me to get ready.

It takes me one hour to cook.

‘Here’s to’ is used in a way of celebrating or identifying a person, place, or thing of significance. It is usually said while toasting someone at dinner, or signaling to someone or something after an event.

Here’s to the winner!

Here’s to your marriage!

Here’s to the New Year!

It’s a contraction for ‘it is’. By stating ‘it’s no use’ you are saying that what you or someone else is doing is not recommended or uncalled for.

It’s no use crying.

It’s no use separating them.

It’s no use talking to her.

It’s no use cleaning up.

‘Rumor has it’ is an expression used when suggesting you might have heard something or read about something that is taking place now or in the future. A rumor is not fact.

Rumor has it that she cheated on him.

Rumor has it that he will not return.

I want to tell you share some useful and interesting things.